Astaxanthin: a Powerful Antioxidant that May Improve Exercise

You may have noticed that a new supplement has been popping up around the healthcare world called astaxanthin. While the name has that prescription-drug feel to it, this supplement is anything but chemically derived.

In fact, astaxanthin is a 100 percent natural potent antioxidant!

What gives shrimp, krill, and flamingos that pinkish hue? That’s astaxanthin! Just like carotenoids — think carrots and bell peppers — astaxanthin is found in the bright reddish-pink color of sealife creatures and microalgae.

Even though we may just be picking up on astaxanthin, this antioxidant is definitely not new to the research scene. Studies have been conducted from every angle of this antioxidant and the findings show that astaxanthin is an incredibly powerful agent for our health, especially when it comes to age-related conditions and cardiac endurance.

Read further to learn all about this powerful antioxidant and how you can incorporate into your diet!

More and more often, researchers are finding that algae have some pretty wonderful superpowers! From nutrient-dense spirulina to omega-3-rich algae supplements, that technicolor, slimy substance is really coming in hand for plant-based eaters looking to boost their health!

This potent antioxidant is sourced from the microalgae Haematococcus pluvialis, which is naturally “bright red in color.” Most likely, you’ve seen this antioxidant without even knowing it! Astaxanthin “bioaccumulates in organisms that eat it, and it is responsible for the pink to reddish hue of krill, shrimp, salmon, and even flamingos.”

Astaxanthin is a protective antioxidant — as most of the antioxidants are! — yet studies have found that it “provides significantly greater antioxidant protection than the carotenoids [including] beta carotene, lycopene, and lutein, [as well as] alpha-tocopherol.” What does this mean? Astaxanthin is better than most antioxidants at “protecting cellular membranes” and “eliminating free radicals.”

Alright, so what’s all the hullabaloo about astaxanthin boosting exercise?

A large part of this antioxidant’s effects on exercise has to do with the fact that it’s a boon for your heart. In particular, it’s protective characteristics against oxidative stress.

Oxidative stress “is involved in the development and progression of clinical and experimental heart failure” due to the fact that it can cause “cellular dysfunction, protein and lipid peroxidation, DNA damage, and eventually leads to irreversible cell damage and death.” When it comes to the heart, studies have found that oxidative stress leads to the production of an “overabundance of [ROS, reactive oxygen species],” which leads to the “development and progression of … heart failure.”

While studies have found that astaxanthin boosts heart health due to its ability to fight oxidative stress, this quality also had a surprising effect on cardiac performance! One specific study found that increased astaxanthin intake “enhanced exercise tolerance as well.” These incredibly positive outcomes on the cardiovascular system mean that those looking to up their athletic performance and boost endurance may want to include astaxanthin in their diet.

Of course, more research is necessary to truly unravel this mystery connection! On top of that, it’s always recommended to consult with your doctor, nutritionist, dietitian, or holistic health professional before adding to or changing your diet in any way!

When it comes to boosting heart health, astaxanthin works indirectly. This powerful antioxidant helps to mitigate many of the leading factors that contribute to heart disease. Astaxanthin has been shown to “curb bad cholesterol,” increases “HDL” or “good” cholesterol by regulating blood lipids, boosts “blood flow and circulation,” and it can reduce “oxidative stress in the blood.”

In a study from 2006, researchers found that astaxanthin may also improve hypertension — high blood pressure — a leading cause of heart issues, by boosting “elastin levels and arterial wall thickness.”

One of the most studied benefits of astaxanthin is its effects on aging-related conditions, including the aging of our skin.

Used topically, astaxanthin was found to help “smooth wrinkles, make age spots smaller, and help maintain skin  moisture.” Most of this is due to astaxanthin’s incredible protective abilities! This antioxidant “promotes wound healing … and helps mitigate inflammation and cellular damage due to UV light exposure.” It’s also been found that astaxanthin can “increase the amount of collagen and growth factors, which enhance wound healing and improve age-related changes.”

It’s well-documented in the health-science world that inflammation is oftentimes tied to an increased risk of cognitive decline as we age. Therefore, it’s not surprising that this powerful fat-soluble, anti-inflammatory antioxidant has been linked to better brain health!

Astaxanthin has been found to protect the brain against many threats, “including aluminum (a central nervous system toxin linked with the development of Alzheimer’s disease), tobacco smoke, chemotherapy drugs, and other toxic substances.”

How does it work?

In heavy-duty “sciency” terms, astaxanthin “induces proliferation of neural progenitor cells and promotes neurogenesis and neuroplasticity,” as well as increases levels of BDNF, “a growth factor that is important not only for nerve growth in the brain and periphery but also cardiovascular health.”

Basically, this antioxidant helps increase the number of brain-boosting and brain-protecting agents!

As an anti-inflammatory, astaxanthin has also been found to help those with joint pain! In particular, this potent antioxidant may help with serious conditions such as “rheumatoid arthritis, which affects nearly one in every five Americans,” as well as “carpal tunnel syndrome.” While there aren’t many studies looking at this connection, the few that have been published show that astaxanthin “may be able to reduce inflammation and pain symptoms related to arthritis.”

Astaxanthin’s ability to protect your body from ultraviolet exposure extends all the way to your vision as well! Ultraviolet light “causes oxidative damage to the cornea, lens, and retina of the eye,” which can lead to age-related ocular decline.

When it comes to getting astaxanthin from a strictly plant-based diet, you’re pretty much stuck with microalgae, — specifically, that really hard to pronounce algae called Haematococcus pluvialis — or a Phaffia yeast called Xanthophyllomyces dendrorhous. Both of these compounds are widely available for use in a plant-based kitchen, but they are available in supplement form!

A side note … to get the maximum absorption and retention out of your plant-based astaxanthin supplement, it’s recommended to eat this fat-soluble carotenoid immediately after meals. Think post-breakfast or dinner!

This BioAstin Hawaiian Vegan Astaxanthin is a great supplement to give a try! The astaxanthin is sourced from non-GMO, microalgae that is naturally grown on a certified GMP facility farm in Kona, Hawaii. They promise high-quality, farm to bottle product! This product is verified all-natural, pesticide-free, herbicide-free, and gluten-free! A 75-capsule bottle costs $38.99.

What’s so great about this Sports Research Vegan Astaxanthin with Organic Coconut Oil? Yes, it’s vegan, but it’s also mixed with a unique blend of cold-pressed, organic fat-rich coconut oil, which increases the absorbency and effectiveness of this antioxidant! Plus, this astaxanthin is also purely sourced from microalgae — meaning it’s 100 percent vegan-friendly! — and it’s free of GMO’s and gluten. A 60-capsule bottle costs $24.95.

Deva is a great brand if you’re looking for trustworthy vegan supplements! They are also one of the few vegan brands offering astaxanthin. This Deva Vegan Astaxanthin sources its astaxanthin from microalgae. The product is 100 percent natural and free of GMOs! On top of that, this supplement is also allergen-friendly and is free of gluten, yeast, wheat, soy, sugar, salt, hexane, shellfish, or any other animal products. A 30-capsule bottle costs $9.79.

Looking to incorporate more antioxidants into your daily menu? Get your knowledge on and load up on plant-based antioxidant powerhouse supplies with these articles! 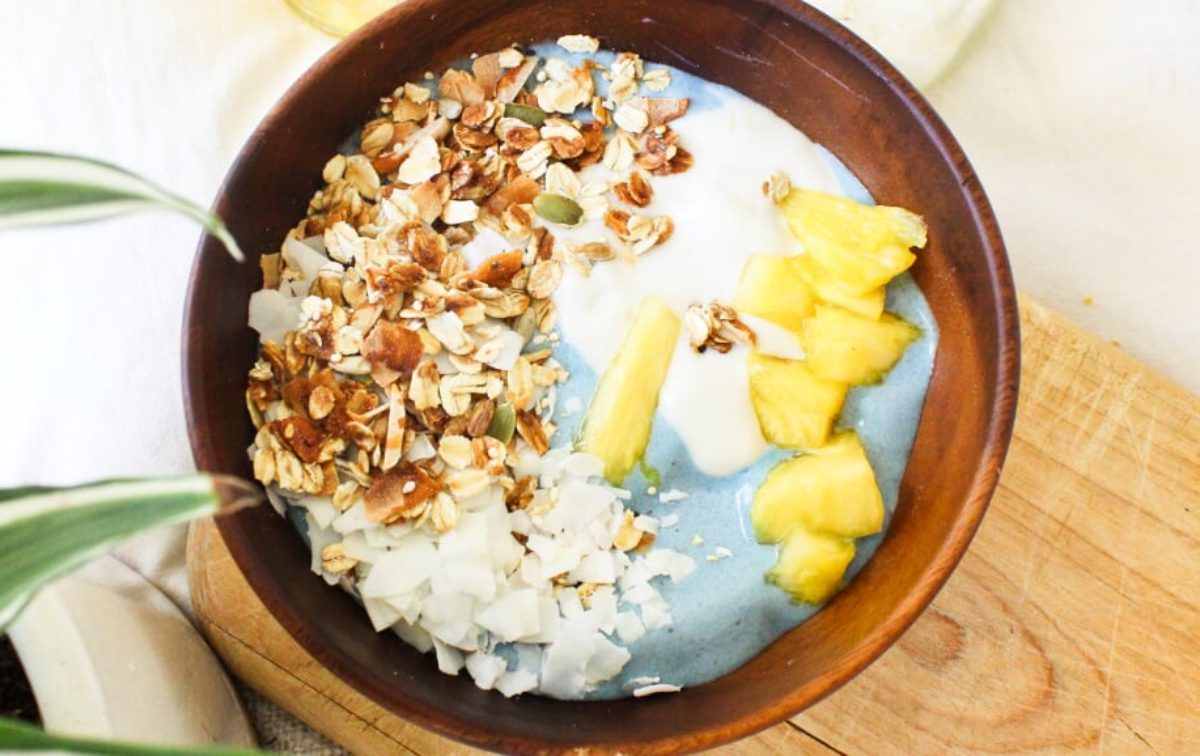