You Are What You Practice: Choose Wisely 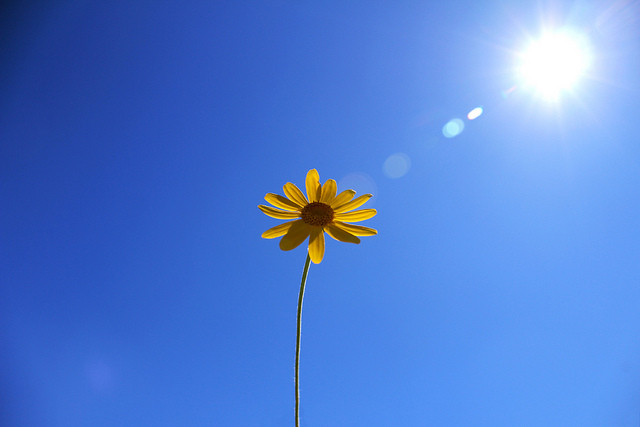 With spring flowers blooming, many of us are looking forward to dusting off our racquets, clubs, and trail shoes, and we’re reminded that, as the Germans say, Übung macht den Meister—practice makes the master. Accomplished athletes, musicians, and artists all understand the central role of practice in developing their abilities. So do yogis, meditators, and spiritual aspirants. It takes many thousands of hours of practicing to develop a Chris Everts, James Galway, Georgia O’Keefe, Bruce Lee, Dalai Lama, or Mother Theresa.

We are taught as children to practice certain ways of seeing the world and of relating to others, and we gradually become adept in these practices. In our culture, we are taught to practice disconnecting the reality of animal flesh and secretions in our meals from the actual reality of the animal cruelty required to get them onto our plates. Typically, we don’t practice this disconnecting just occasionally, but daily, often three times a day, relentlessly. The unfortunate result is that we are a culture of people who are masters of the art of disconnecting from the suffering we cause others for our meals. Through this daily practice, we have become highly skilled in creating rigid categories of privilege, and in ignoring and repressing feedback about the violence we inflict on those living beings outside our socially constructed spheres of privilege and concern. We pet dogs and stab pigs; we similarly protect some children and heartlessly kill others or allow them to die.
I believe the invisible root of much of human conflict and suffering is the mentality of exclusion and domination required by our culturally-mandated meals, reinforced by daily food rituals in which we practice reducing beings to things.

Going vegan is a commitment to practice something else, to practice in a completely different way than we were taught by our culture. Instead of practicing desensitizing, disconnecting, and reducing others, we practice reconnecting, resensitizing ourselves, and respecting others. This commitment comes from deep within us, from our inherent compassion and our inner urge to evolve spiritually and to live with awareness, kindness, freedom, and joy.

Practicing veganism means practicing respect and sensitivity toward others, especially those who are vulnerable and without social privilege, and is precisely the practice required to bring healing to our corrupt and wounded culture. Veganism is a call to renounce the core practice of our culture—reducing beings to mere harvestable and abuseable commodities—and to practice, in every aspect of our lives, its opposite: mindfulness, inclusiveness, equality, and respect. There is no force more subversive to our culture than practicing vegans, no force more challenging, healing, transformative, and uplifting than people living the truth that all life is sacred and interconnected.

The power of veganism is that it’s practiced. Being vegan is often difficult, not only because of the outer resistance we face, but even more because of the inner resistance we experience: our culture has planted its seeds of exclusivism and violence in us from the time of our birth, and a big part of our practice is to cultivate vegan attitudes of kindness and respect for everyone, even our so-called opponents. With this practice, we can plant seeds for a new world of peace and justice in our shared consciousness on this planet and realize and live the truth of our essential interconnectedness. Our path is our daily practice, both inwardly and outwardly, and as the old saying goes, “practice makes perfect.”