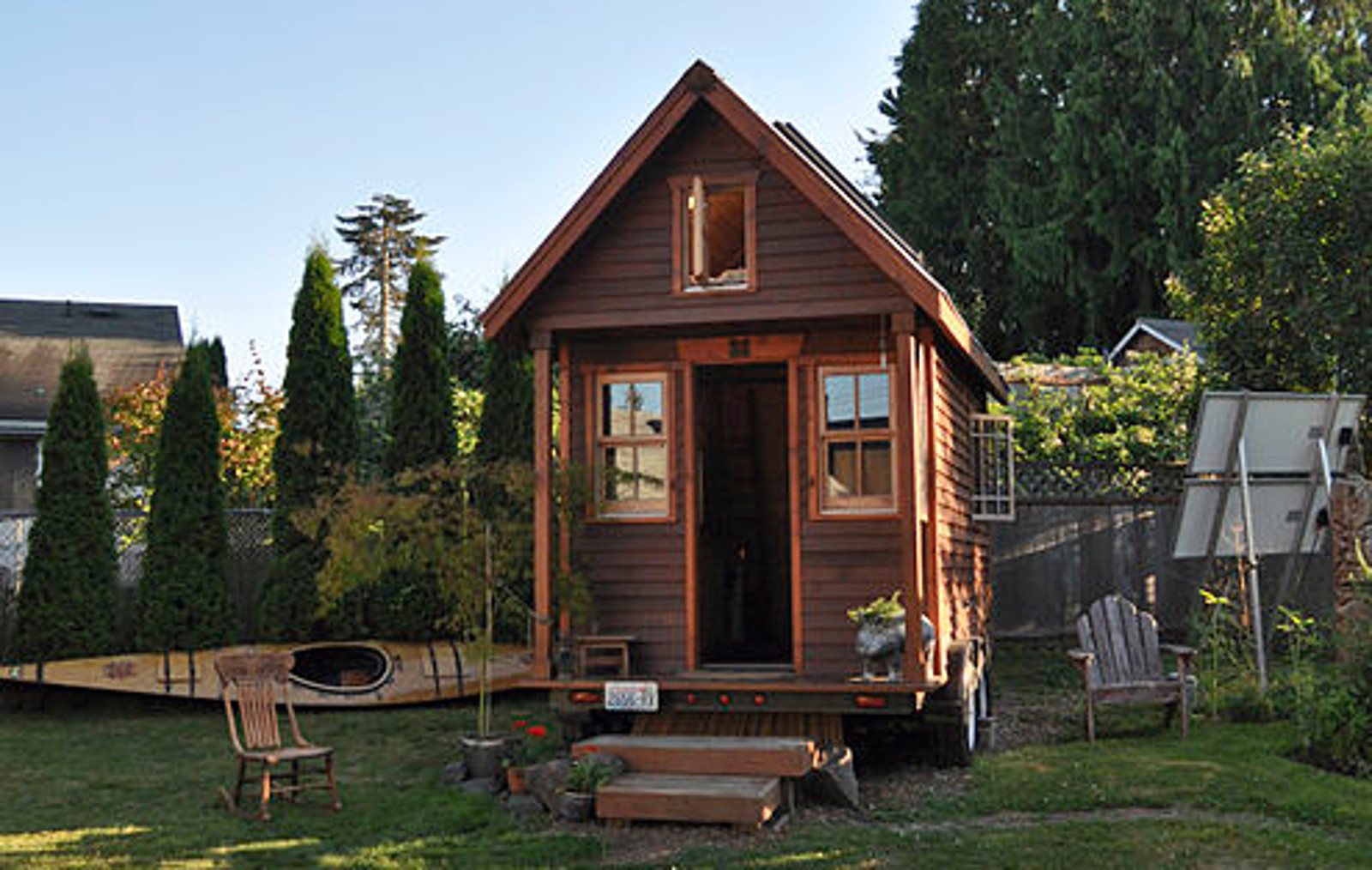 Really, small house living is nothing new. Throughout history, people have resided in smaller abodes for a variety of reasons. Two of the main reasons being energy conservation and practicality. For people who were just beginning to settle on new land, building a large, extravagant house wasn’t suitable or sustainable. Building smaller, more compact houses meant that houses were built faster and people could live in them sooner. Another positive was that they didn’t need a ton of resources to accomplish that. As time rolled along, and the ways of the industrial revolution set in, people began to crave more, and houses got larger and larger. In the 1970s for example, houses were around 1,500 square feet, and the average family size was about three to four people. Fast-forward to more recently in 2013, and house sizes have increased significantly to 2,500 square feet on average. The funny thing is, family sizes have actually decreased.

People are Realizing Less is More

Even though the “bigger is better” mentality is still alive in the minds of many, a new wave of perception is catching on as more people realize that they don’t need a large house to be happy. The tiny house movement was born in the minds and hearts of people who don’t want to run the rat race any longer. Instead, people would rather return to simpler ways of living while living a life that is more in alignment with who they truly are. Spending their time doing the activities they love and connecting with the people they care about.

The tiny house movement is also for those who can’t afford a conventional home in the current economy and who need alternative, affordable solutions. The movement is all about reducing space, belongings, and cost of living to trade up for a higher quality of life. Quality over quantity, living more like our grandparents or great-grandparents did. From the way we eat, to the clothes we wear and the houses we live in. We live in a consumerist world, but the tiny house movement shows us that we all have a choice whether we partake in the glorification of the mindless consumer or become sustainable providers.

Simplifying Doesn’t Have to Mean Sacrifice

You might be thinking that the tiny house movement is great and all, but that you could never live in a space that’s only a few hundred square feet. While many of the tiny houses we see these days are tiny houses on wheels which can only be a certain size, you can live tiny in other ways.

Tiny houses on wheels are a practical and viable solution for people who want to own their own house affordably but don’t own land to build it on. These mini mobile homes are also ideal for individuals who move around a lot for various reasons. If you’re not into living in a tiny house on wheels, you can also seek out other tiny living arrangements. Condos and apartments provide another way to live smaller. They also tend to be a more affordable solution when it comes to buying or renting a home. Buying a small house under 1000 square feet is also an option. Small pre and post war houses can be very affordable and would also be a great DIY renovation project if you want to add your own personal touches and bring it up to date.

If you can afford to buy your own land, you can then, of course, build your own tiny house on a foundation, which means you get to build the house of your dreams and don’t have to stay within the limited dimensions of a small house on wheels. This way, you could even start up a homestead where you could begin to work your way toward being self-sufficient. Also, look to websites like Tiny House Listings for tiny spaces for rent and for sale and watch shows like Tiny House, Big Living on HGTV for more inspiration on how to dream big and live tiny.