The Glory Hole Known as the Composting Toilet 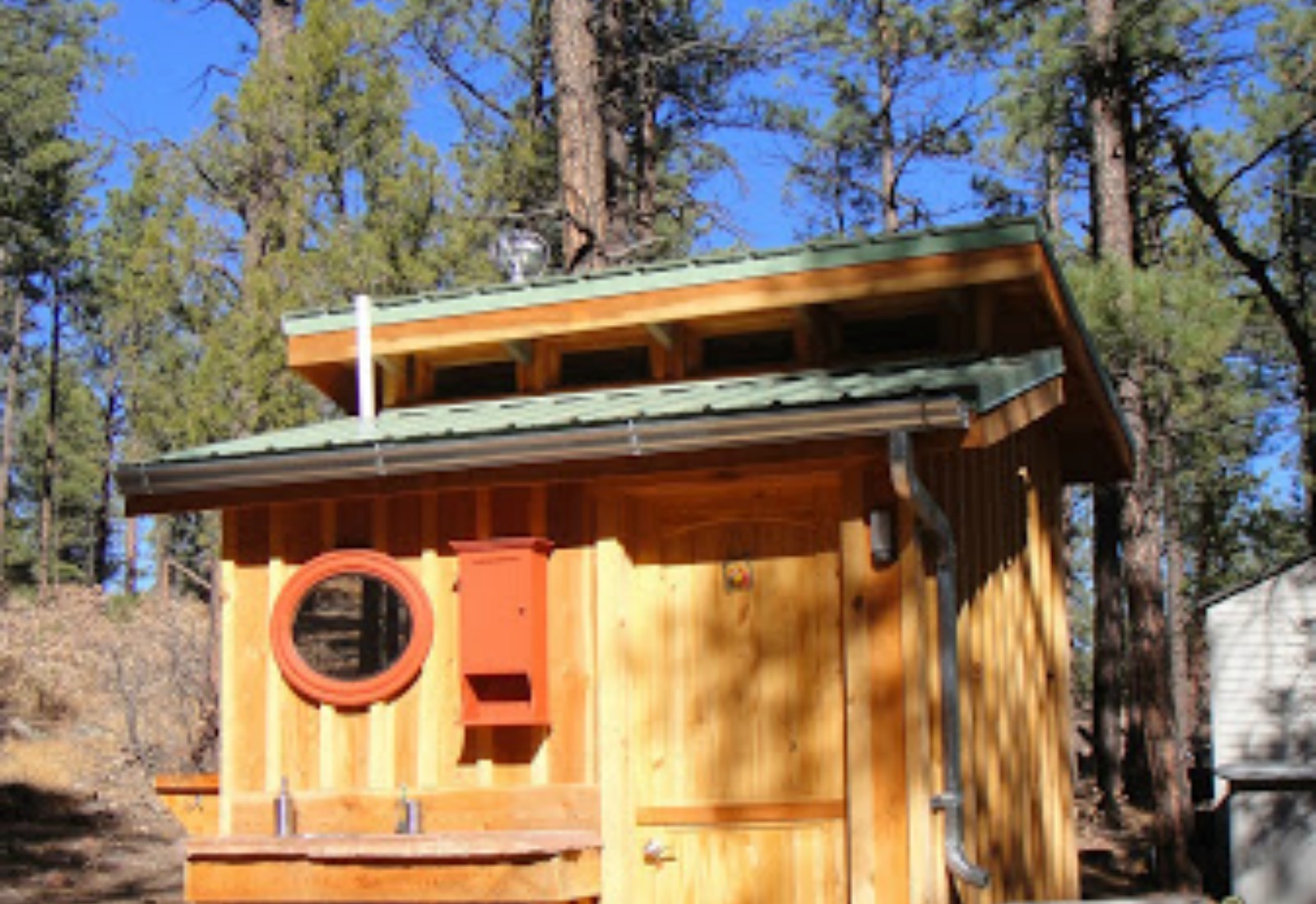 Admittedly, it takes mental adjustment to deal with the likes of human excrement. For over a century now, many of us have been flushing it away and out of sight as soon as possible, pretending in public as though our bodies don’t function like the others. We don’t want to see such things. We don’t want to talk about them. Seemingly, we’ve done our best to curtail bodily excretions to the sordid back corners and underground doldrums of civilized human existence.

This is now coming back to bite us. It’s no secret that fresh water is running low in many parts of the world, and while it’s easy to point at big companies and big agriculture as the root cause (and, in many instances, deservingly so), our own homes are not without blame. Toilets account for about a quarter of household water consumption, essentially wasting valuable fresh water with every pull of the lever.

What’s more, that poop is a notable resource — fertilizer — that we are wasting as well, choosing instead to use chemicals. It’s a bit of a slap in the face as to how natural systems are supposed to work. Just as with unutilized and toxic manure from factory farms, human waste management is taking what could be a positive thing and making it doubly (or even more exponentially) negative. But, it doesn’t have to be this way.

A Different Way to Defecate

Instead of flushing away all that fresh water and recoiling at the thought of our own bodily excretions, we could start changing the manner in which we go about, you know, going. Dry composting toilets are a thing of the past and, it would seem, the likely way forward. Frankly, as Californians (amongst millions of others) can attest, we can’t continue to waste, privatize and contaminate our fresh water.

While highlighting the sadly selfish practices of government and industry is a favorite pastime for many, there also rests an onus on us to do our part, to set the good example for those greedy, infantile corporations. That may require that we change our wasteful practices as well, make the effort at home, in the bathroom. And, the reality is that this isn’t such a difficult thing.

For those who have never had the pleasure, composting toilets nowadays are fairly cosmopolitan things, and they aren’t at all scary, not anything like the outhouses of yesteryear. Hell, they are even electric. It’s not that the pits didn’t work, but rather that they were no longer convenient for modern living. So, they got updated, designed to look more like contemporary toilets and function just fine in ordinary homes.

Modern, indoor composting toilets work on the same principle as the old ones, holding organic material until it decomposes into unrecognizable, wildly fertile garden humus. No water is needed (or wanted for that matter). However, new designs have creature comfort considerations like low-maintenance operation as well as the convenience of being pre-fabricated, fitted, and ready to roll.

So, when it comes to composting toilets, after the initial curling of the lip, people’s general concern is with the smell. Well, the thing is that dry toilets today have the benefit of advanced science. New systems have air flow systems that use a vacuum effect, just like chimneys, which sucks the air from the toilet (and bathroom) outside, above the roof, where no one suffers, except maybe the occasional roofer.

Then, there is, of course, the issue of what to do with all that … poo. Well, the wonderful thing here is that because it’s decomposed and dried out, the volume we actually deal with is a fraction of what we started with, not to mention is useful. Any gardener worth an earthworm’s spit knows the value of manure, and while it is debatable whether or not to use “humanure” on garden vegetables, the compost is perfectly safe for us on trees, bushes and decorative plants. They’ll love it.

This Is Really Important

Undoubtedly, compost toilets will suffer as the butt of many jokes. That’s just how we’ve come handle thoughts of poo in our lives. However, the concerns over flush toilets, all the water wasting and wastewater produced from them, is challenging our environment. If this simple, natural process — every creature does it! — were handled with a little more tact, it could actually be improving the environment instead. It’s a real choice, one every ably financed builder, homeowner and bathroom user must face every day.

If we can change to more energy efficient fridges and dishwashers, if we can turn off the water while we brush our teeth and spend a bit more on halogen light bulbs, then it seems the stage is set for a new green throne to take its seat. Joke about it all you like (I know I do), but using a composting toilet makes an impact, a good one, and one that is well suited to the smoothly functioning digestive tracts of plant-based eaters.

So, next time the moment arises, check out some of these manufacturers: Envirolet, Santerra Green, Biolet, Sun Mar and Air Head. See what you think.