Tax Time and Time to Re-Imagine Our Broken Food System 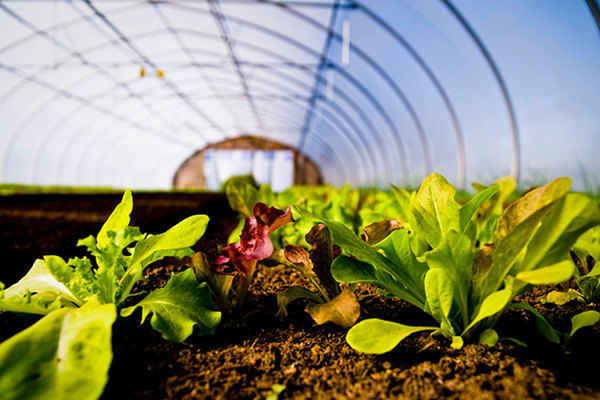 It’s tax time, and for me, it seems a particularly appropriate season to reflect upon and creatively imagine the enormously beneficial effects a change in the use of our tax dollars for agricultural subsidies would make. It is well known that wealthy interests that have little regard for public health and ecological sustainability are now controlling our governmental agencies and policies. However, if we could change that and bring more grass-roots wisdom to the choices made about spending the hundreds of billions of our tax dollars going for agriculture, we could transform our world!

Currently, of our government subsidies for food, about 74% goes to meat, dairy, and eggs, with only 13% for grains, 11% for sugar, oil, and alcohol, and a tiny 2% for nuts and legumes, and less than 0.4% for vegetables and fruits! And so, even though both nutritional research and the Federal Nutrition Recommendations emphasize the benefits of diets high in vegetables, fruits, nuts, grains, and legumes, and low in animal foods, our government taxes support the opposite.

If we imagine that this scenario is reversed, and that our tax dollars support organic plant-based foods instead of disease-promoting and environmentally devastating animal foods, we are imagining as benevolent and transformational a revolution in our culture as we possibly can. Also, as it stands today, organic foods are not only not subsidized, but organic growers are actually penalized by being forced to pay large amounts of money to have their products certified as organic, and these costs must be passed on to consumers. Farmers and consumers of organic fruits, vegetables, grains, and other plant-based foods should obviously be encouraged, not discouraged. The use of pesticides, toxic fertilizers and genetically-engineered organisms is devastating ecosystems, polluting rivers and oceans, killing bees, frogs, and many other animals, and causing cancer and other diseases in people.

We submit to and serve forces that are antithetical to our interests. These forces haven so infiltrated our government that besides the massive direct subsidies of our tax dollars to the animal agribusiness complex, there are countless indirect subsidies as well. There are special grazing allotments, irrigation allowances, income assistance, emergency assistance, tax breaks, price supports and many other government services supplied to animal agribusiness, all of which we pay for as well. For example, there is the USDA’s Wildlife Services Department, which annually poisons, shoots, and otherwise kills millions of wild animals annually at the request of agribusiness interests that quietly conduct an ongoing war against nature and our living Earth. It is a war against our health and freedom, and against the natural abundance of our world as well, and concentrates most of the wealth and power in the hands of a tiny elite.

If the subsidies were switched as we are imagining, and meat, dairy products, and egg prices would have to reflect their true cost, they would become much more expensive, with most estimates ranging in the neighborhood of at least $35 per pound for meats. The prices for soy, almond, rice, and other non-dairy milks would similarly be reduced, while dairy prices would soar, reflecting their inherent inefficiency and wastefulness. The effects of this happening are marvelous to contemplate. As organic plant-based foods drop in price, and animal-based food prices escalate to more accurately reflect their actual cost in the feed-grains, water, land, petroleum, and other inputs required—as well as the pollution, disease, and suffering caused—consumers would naturally opt to move significantly toward more cost-effective, healthy, and sustainable plant-based dietary choices.

As people eat less animal-sourced foods, rates of obesity, diabetes, osteoporosis, heart disease, cancer, stroke, arthritis, autoimmune diseases, and liver and kidney disease would all drop dramatically. As people become physically healthier, their moods would also improve and as radiant health and harmony spread, the pharmaceutical-medical complex would shrink, and our economy would be revitalized. The crushing expense of disease-care would be lifted off the price of everything we pay for, and the economy would certainly benefit. Hungry people could be easily fed with the grain now wasted on fattening animals, fossil fuel use would decline, and many of the pressures driving conflicts and wars would decrease dramatically.

The vast acreage that is now enslaved to monocropped, genetically-engineered corn, soy, and alfalfa for feed for imprisoned and cruelly-treated animals could be allowed to revert back to urgently-needed habitat for free-living animals, many of whom are on the brink of extinction. Forests and native grasslands could be restored, streams would run clear and abundant again, and the oceans could be relieved of the devastating pressure of over-fishing and pollution that is now threatening their viability. The power of corporations and financial institutions that insidiously devastate both our human and ecological communities—the military-industrial-meat-medical-pharmaceutical-media-money complex—would all shrink, as the demand for their products would rightfully collapse. This could help create the foundation for a more free, conscious, and egalitarian future.

We are just getting a small taste here of the power that we have potentially to transform our planet through vegan education leading to public policy change and changes in societal purchasing patterns. We actually have the power; we just aren’t yet conscious and awake enough to effectively use it. And yet, these imaginings and dreams of the way to a better tomorrow provide guidance and inspiration. As Thoreau said, dreams and visions are vital—and then we have to roll up our sleeves to build the foundations that bring these dreams into reality.

Is it possible to flip the government subsidies, and subsidize healthy organic plant-based foods instead of genetically-engineered crops, animal foods, sugar, corn syrup, and other toxic foods? Absolutely! It is all about grass-roots education and consciousness-raising. The keys to a benevolent planetary revolution are in our hands—let’s use them!