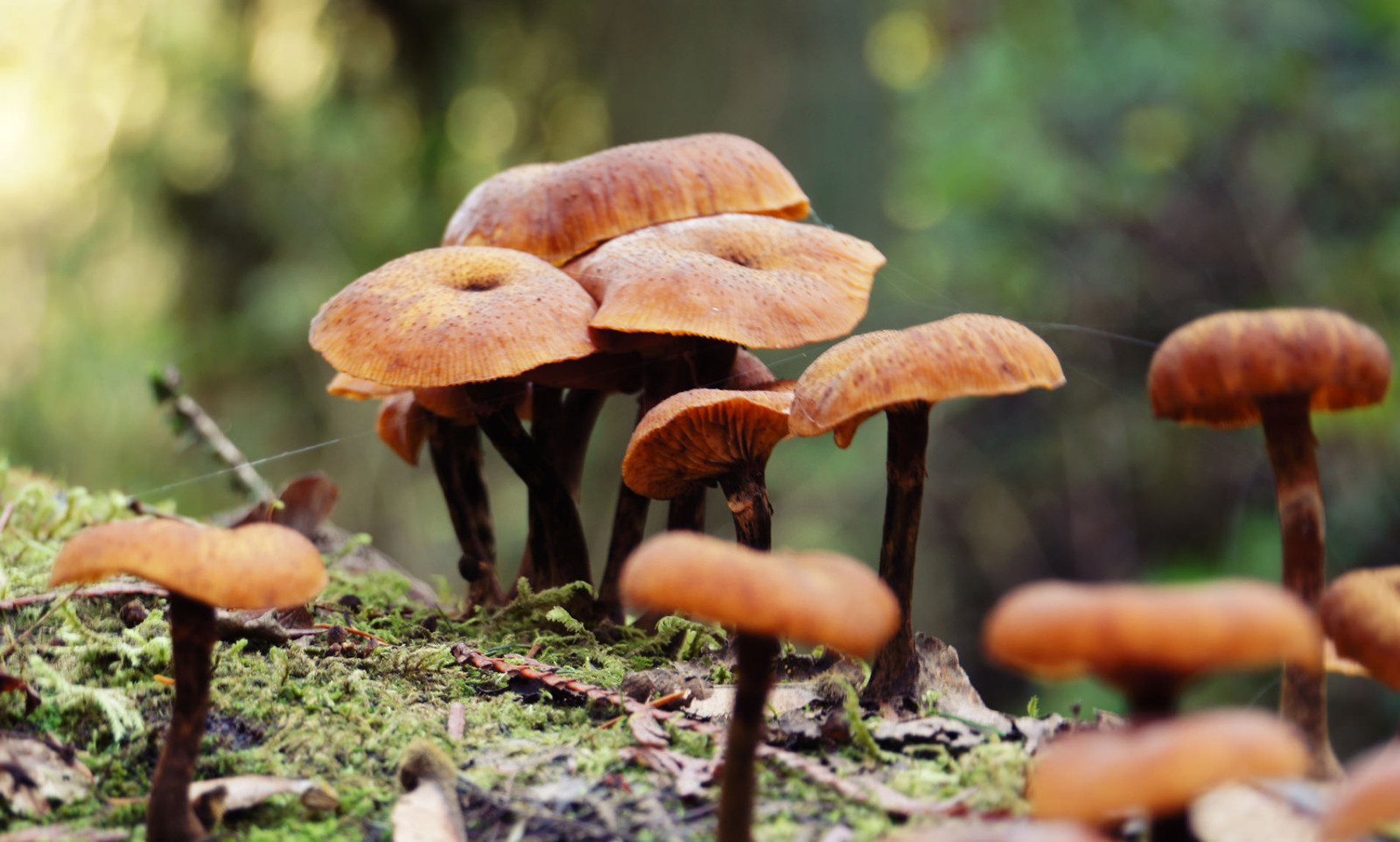 Mushrooms, despite being fungi, are often amongst people’s favorite foods. They have a unique, chewy texture and earthy flavor that can’t be found in other foods. Of course, this isn’t to say mushrooms are all created equal, as there are many options — shitake, oyster, button, portabella, etc. — from which we can choose, each with their own profile that can add a different kind of pizzazz to our dishes. In short, mushrooms make a meal much more, so they are in high demand.

With the return of home food production, such a fun and useful way of living, it only makes sense that many of us are looking to get into the mushroom growing game. And, lucky for us, all that interest has made adopting the practice that much easier, with ready-to-order starter kits with spawn and spores that have been prepared by professionals. Then, it’s up to us.

One of the most popular and natural ways to cultivate mushrooms is to use a log, wood being the natural food for this fungus, the forest being its natural habitat.

Getting Our Logs in a Row

Much the same as in the kitchen, in the garden, each mushroom has its own particulars and preferences, so for the sake of simplicity and the fact that they are amongst the easiest to grow, we’ll be working with shitake mushrooms. We’ll also be taking the easy way out and ordering plugs rather than trying to make them ourselves, which can take months (It’s a fun project, but something for a different day). A 100-plugs, about twelve dollars worth, will make three or four logs.

In addition to plugs, we will need some logs, specifically hardwood with the bark still intact. For shiitake, white oak is the ideal choice. Check with local firewood providers, and request logs that are four to six inches in diameter and no more than four feet long (for easier handling). They also need to be freshly cut, no more than a couple of weeks old if possible.

For preparing the log(s), we’ll also need a drill with a 5/16” drill bit. For inoculating them, we’ll need a hammer and some sort of punch to push the plug in and some wax to seal (and protect) the plugs into the log. For growing the mushrooms, we’ll be looking for a shaded area, say under some trees, where rain can naturally reach the logs but the sun won’t dry them out. Then, it’s time to get to work.

Putting Some Plugs In It 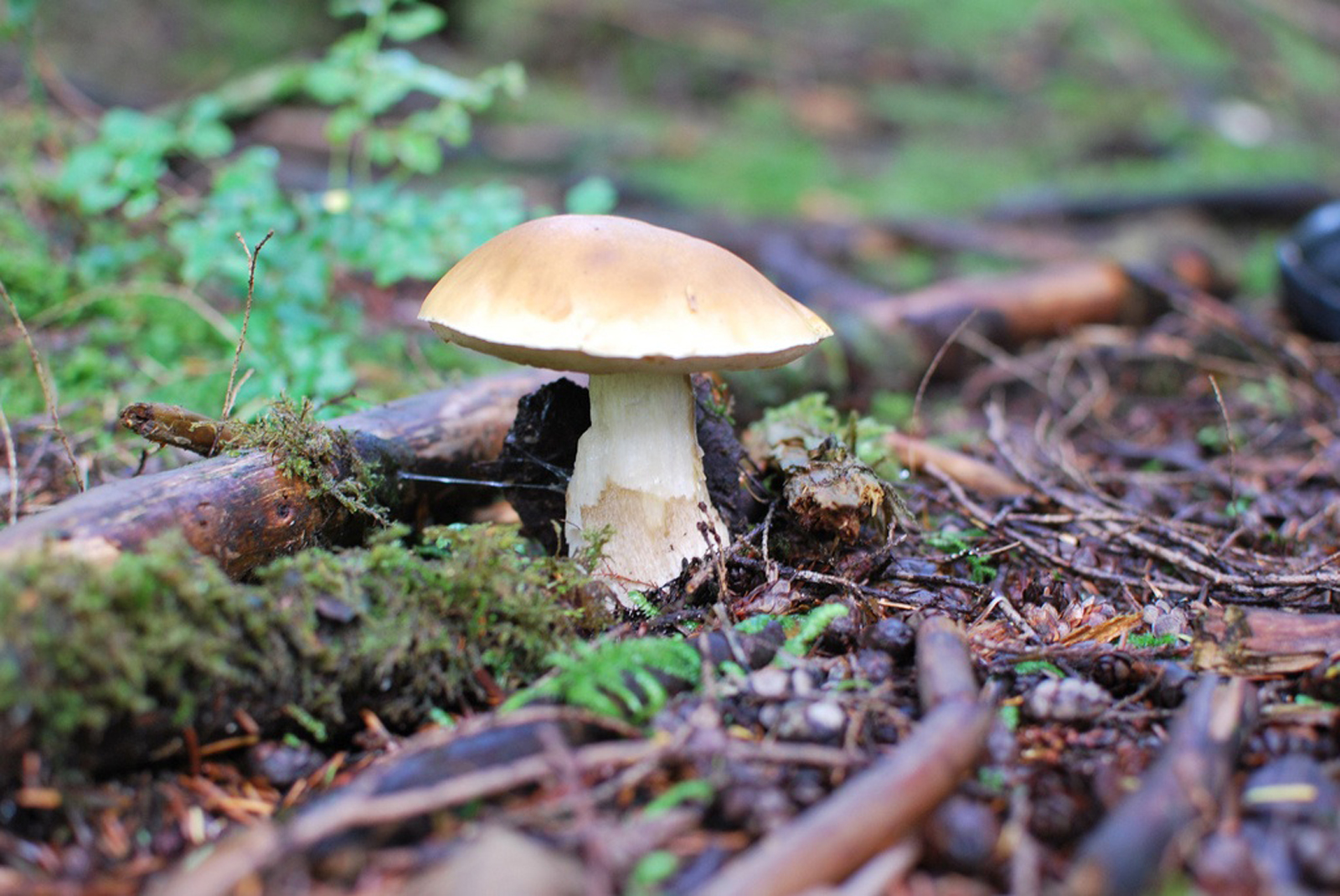 Firstly, we’ll have to make some little homes for the plugs to hide in, and from there, the mushroom mycelium will migrate throughout the log. This involves drilling about 20-30 holes in each log, placing them roughly five inches apart and one and a half inches deep.

Once the holes are drilled, we have to insert the plugs. This will require the hammer and punch. The plugs should be driven deep enough to be a bit below the layer of bark, so be mindful of whether or not the hole is deep enough before implanted the plugs.

Ultimately, we’ll have to seal the plugs into their holes with some sort of wax. The totally natural choice is candelilla wax. This will protect them from disease and insect interference. It should be melted and can be applied with a paint brush.

Forging a Fort of Fungi

With the logs ready, it’s time to put them into the optimum arrangement for growing success. This involves raising the inoculated logs off of the soil, which will help to prevent insect infiltration and uninvited strains of mushrooms. This can be done by stacking them atop a rack, stones or other logs.

Additionally, the logs should be stacked to have good air circulation and plenty of moisture, something that is much easier to maintain in a shady area, where the sun is not drying them out. If there happens to be a dry spell for two weeks, be sure to check the logs and soak them in water overnight if they are getting dry.

Then, it’s all about the waiting. While growing mushrooms is relatively maintenance-free, it does take a while to get going. The first harvest won’t come for another six to eighteen months; however, after that, the mushroom logs should provide regular harvests, multiple times a year, over the next few years. 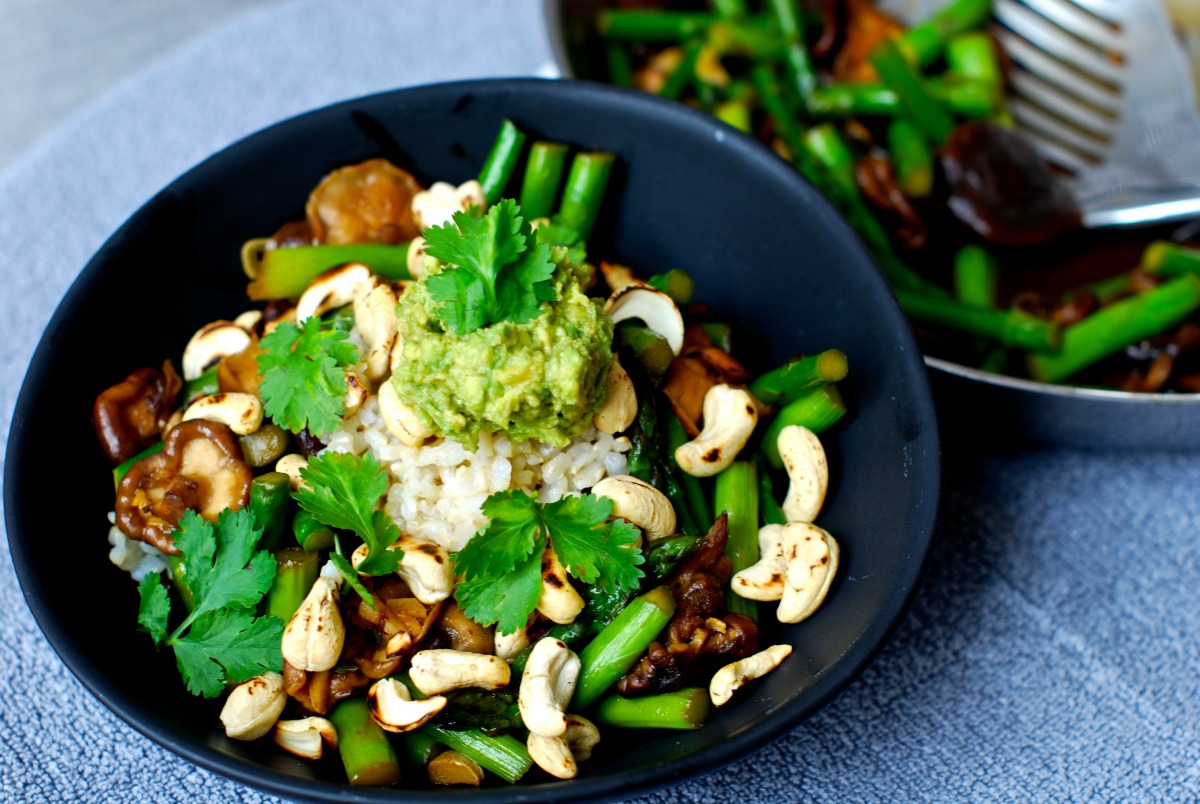 A pound of shitake mushrooms can run around ten dollars, organic mushroom up to three or five times that much, so the money spent on the start up can be quickly recuperated and will eventually pay for itself time and time again. Plus, it’s just an amazing thing to do because, well, have you tried shiitake mushrooms? Check out these recipes: