How to Build Your Own Pizza Oven From the Earth: A Quick Lesson in Cob Construction 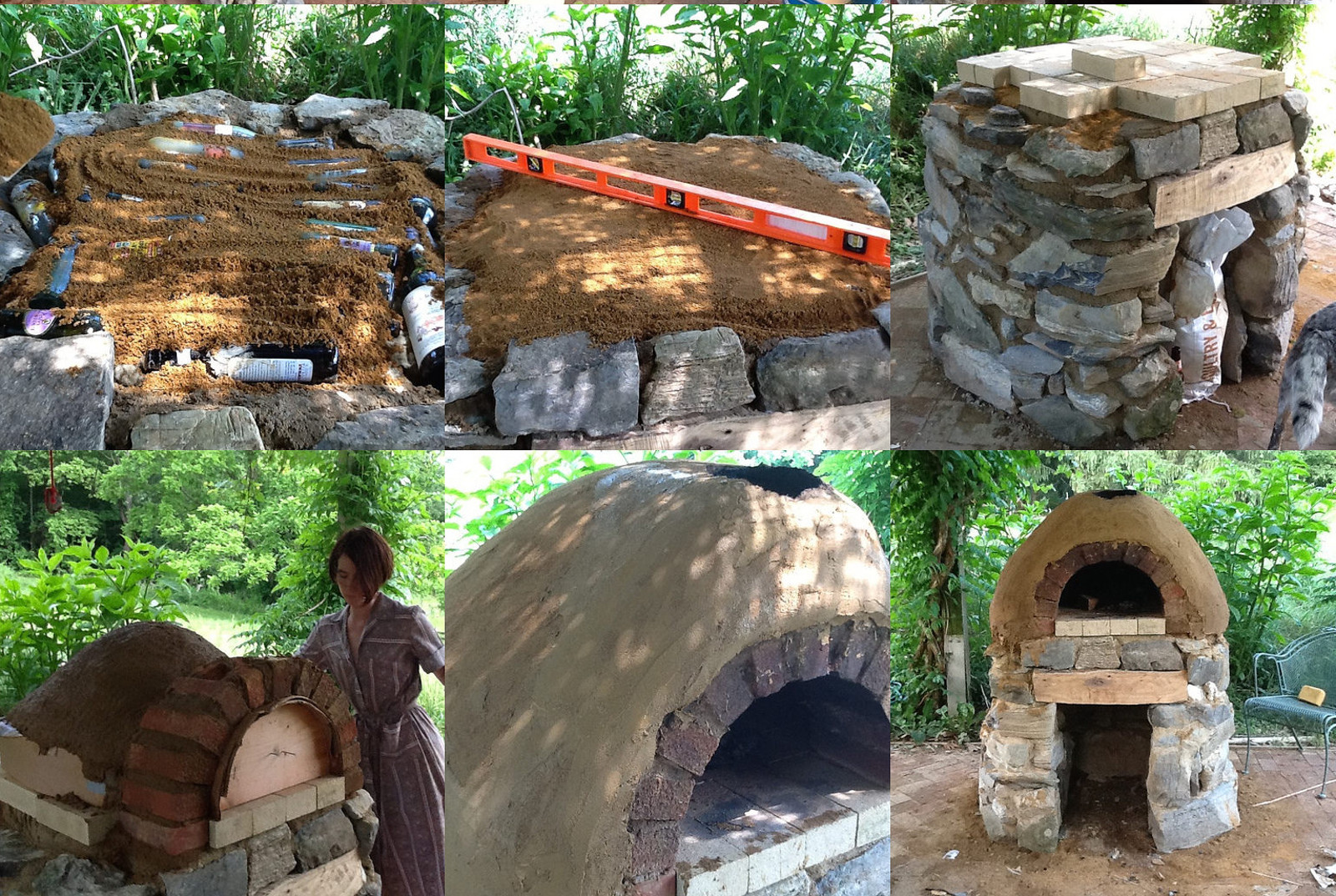 Though many cheese-lovers don’t realize it, there are a lot of factors that make for fantastic pizza. There’s sauce play, dipping between the traditional tomato into pesto or even just quality herb-infused olive oil. There’s a variety of toppings, combinations of fresh veggies, mushrooms, and herbs that make for awesome flavor. Few would argue that crust is crucial, though many would argue which crust is best. For that matter, the cheese doesn’t have to be dairy (probably shouldn’t be), as plant-based cheeses make creamy additions.

These are all common pulpits from which pizza people preach; however, something many protestors don’t consider is how the pizza is cooked. For those of us doing it at home, the best way to have a pizza party is enjoying the warm summer evening, having an outdoor, build-your-own pie gathering. And, nothing makes it quite so much fun as a DIY cob pizza oven. Get a pizza oven fired up, and it’s a guaranteed event.

The best part: They are easy and inexpensive to make, even for a complete novice.

Cob is a method of eco-construction and uses simple natural materials: clay (or clay-rich subsoil), sand, straw, and water. Its name derives from the Old English term meaning “lump,” in this case now referring to the lumps of Earth (clay, sand, and straw) piled together to make cob structures.

Much of the world’s population actually lives in cob or earthen homes, but that’s not the only thing it can be used for. Cob has great insulating qualities and strengthens when exposed to fire, so it is a great method for building a pizza oven, which needs to get very hot to provide a crispy crust.

The typical cob mixture is roughly one part clay (the glue) to four parts sand (the bulk) to one part straw (the reinforcement). These ingredients are mixed together with water, often with the clay having been soaked and softened overnight. The best and most enjoyable tool to mix everything is two bare human feet, dancing. Just put the mixture (use a five-gallon bucket to measure it out) on tarp and turn on some tunes.

To build with it, take big chunks, about the size of a brick and pile them into the desired shape, the curvy the better, and smooth the “cobs” or lumps together. When it dries, it more or less becomes a solid brick. In the case of a pizza oven, we’ll be building a dome.

How to Build a Cob Pizza Oven

Firstly, the pizza oven needs a base to sit on. This can be a basic (but strong) wooden table or a plinth made of stones or bricks. The point here is only to raise the oven up to a useable height and to keep it off the ground, where water might damage it. Use what’s available, cheap and makes the least footprint. A good base is a minimum of a yard squared. It’s also not a bad idea to put some sort of roof over it, as cob doesn’t like being directly in the rain.

Atop the base, there needs to be a layer of bricks, as smooth as possible (put them on a thin layer of sand to help move them to equal heights). Oven bricks are the best choice, but regular clay bricks will work, too. This is the surface upon which the pizzas will cook, so the nicer the breaks the better the oven will function.

Next, it’s time to build a sandcastle. On the layer of bricks, a domed sandcastle of very wet sand will act as the mold for the inside cavity of the oven (consider how big you want the pizza to be and double that size). Also, remember that the walls of the oven are thick, so there must be enough space on the oven platform for them. At the front of the castle, create a mold that will function as the oven door The wet sandcastle should then be covered with a layer of wet paper.

Finally, the first cob layer should be built, encasing the sand mold with a layer between two and three inches thick. This is done by forming little bricks and stack them, moving around the entire bottom of the oven and slowly building up a few inches at a time. This should be left for a couple of days (or however long) until its dry. Once dry enough to hold its shape, the sand can be removed.

Check out this video to see it in action:

The next earthen layer isn’t actually cob, as it is meant to insulate rather than get hot. For this, people generally use clay, straw and perlite. Another option is clay and wood shavings (often free at carpentry shops). The mixture should be wet enough to form bricks and stacked the same way as the cob layer, about three inches thick. The reason we change the material here is because the cob gets hot inside the oven, and this layer will keep that heat in for cooking,  inuslating it from escaping. Again, let this layer dry before adding the last.

The final layer is just another cob layer, which can be applied more like a thick plaster. Here it’s possible to play with the mixture and create cool designs on the surface of the oven. (Check these out.) This layer is what people will actually see, so all the practice building the first two layers will come in handy.

Then, it’s time to make a really hot fire, really hot (about 700 degrees Fahrenheit, which can take a couple of hours), and start cooking. Once its ready, the oven  (here’s the first one I made) will hold its temperature for a long time, and after the pizzas have all been made, it can actually be used to bake fresh bread and/or some dessert. It’s a great way to party.