How I Use One Garbage Bag a Week 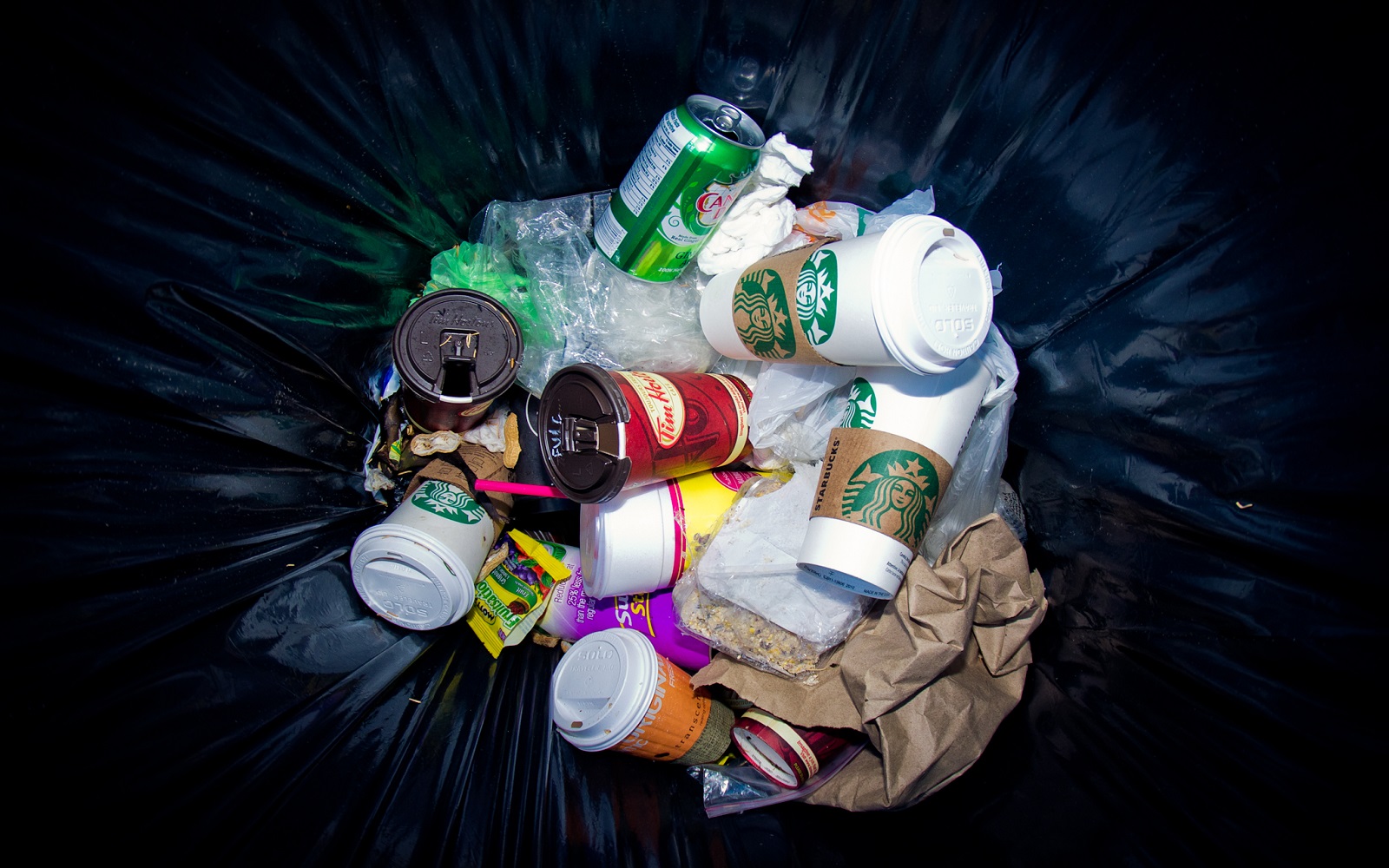 Using one single garbage bag a week might seem like a daunting task, but when you take a step back and look at the source of a lot of the things you throw out, it becomes much easier to tackle. I should start by saying that in my house there are only two of us, my husband and I – that alone cuts down on the amount of garbage that my home produces.  But way back when we first started living together, we had a ton more garbage going out on the curb each week.  To be honest, I never really thought about what I was throwing away.  Like so many of us, everything went into the trash, the garbage man took it away, and it was no longer my concern.  Wrong.

That trash doesn’t just magically disappear – rather it ends up in landfills (which are overflowing with tons and tons of garbage).  We are starting to run out of landfill space here in the U.S., and if we don’t start making changes we could be facing a serious problem.  Don’t fall into the lie that just one person can’t make a difference, you can!  By changing just a few habits, you can produce less waste and make an impact on our environment!

Use The Whole Fruit And Vegetable

How many of us throw away the scraps, peels, and ends of your produce?  We all probably do most of the time.  That’s not uncommon; you can’t really eat those parts of the fruit you end up tossing … or can you?  Those odds and ends that are inedible can be used instead of thrown away.  I keep a big gallon bag in my freezer and throw the bits and pieces of vegetables that I can’t eat in there.  Once the bag is full, I make vegetable broth.

You can also compost these items so they can help fertilize your yard or garden instead of sitting in your garbage.  If you juice, you can use the pulp leftover to make cookies, crackers, or muffins.  And before you say “ew gross,” that pulp has a lot of nutrients that are good for your body.

One more thing you can do with your vegetable scraps, plant them!  Some vegetable bottoms can be planted and start growing again.  Try growing your own celery, garlic, or green onions right in your home.  Now you’ve cut down on waste and your grocery bill!

Say No To Plastic

There has been a lot of attention on cutting the amount of plastic bags used in stores across the U.S.  While the jury is still out if it’s actually working  it has made people more aware of how many plastic bags we use all the time.  Not only do we use plastic bags to carry our groceries, but to buy produce, bulk items, and bakery treats.  There are recycling bins for plastic bags, but more often than not they just get thrown in the trash.  Those bags don’t decompose, but rather stick around long after you’ve thrown them away.

So, instead, just say no to plastic.  Start bringing reusable bags to the store when you go.  I often have one or two in my purse all the time just in case I pop into a store, but you can also store them in your car, so you always have them on hand.

You can also use reusable produce bags.  They are inexpensive and will cut down a big amount of plastic in your home.  Just make sure that you occasionally wash all your reusable bags, so they don’t carry bacteria or germs.

Yes, this is one of the most obvious ways that you can cut down on the amount of waste in your home.  There are so many things that we can recycle that end up in the garbage instead.  If you aren’t sure what you can and cannot recycle, you can refer to this list here.  If you don’t have a recycling system in your city, there may be a facility that you can take your recyclables to, and you can always write a letter to the park district to petition for a recycling system.

Also, try using some of those recyclable items.  I try to find uses for all of the glass jars that I accumulate after going to the grocery store. They make really great containers for salad lunches, bulk items from the store, and homemade sauces and dressings.  You can also use them to organize your office, crafting area, or even your jewelry.  There are tons of ways that you can reuse these items, and they won’t end up in a landfill.

You don’t have to be a superstar when it comes to reducing the amount of waste your home produces, just a few simple changes can make a huge difference.  Being more aware of what you put into your trash can help you realize where you can tweak your habits to help protect the environment!