How to Forage for Stinging Nettles 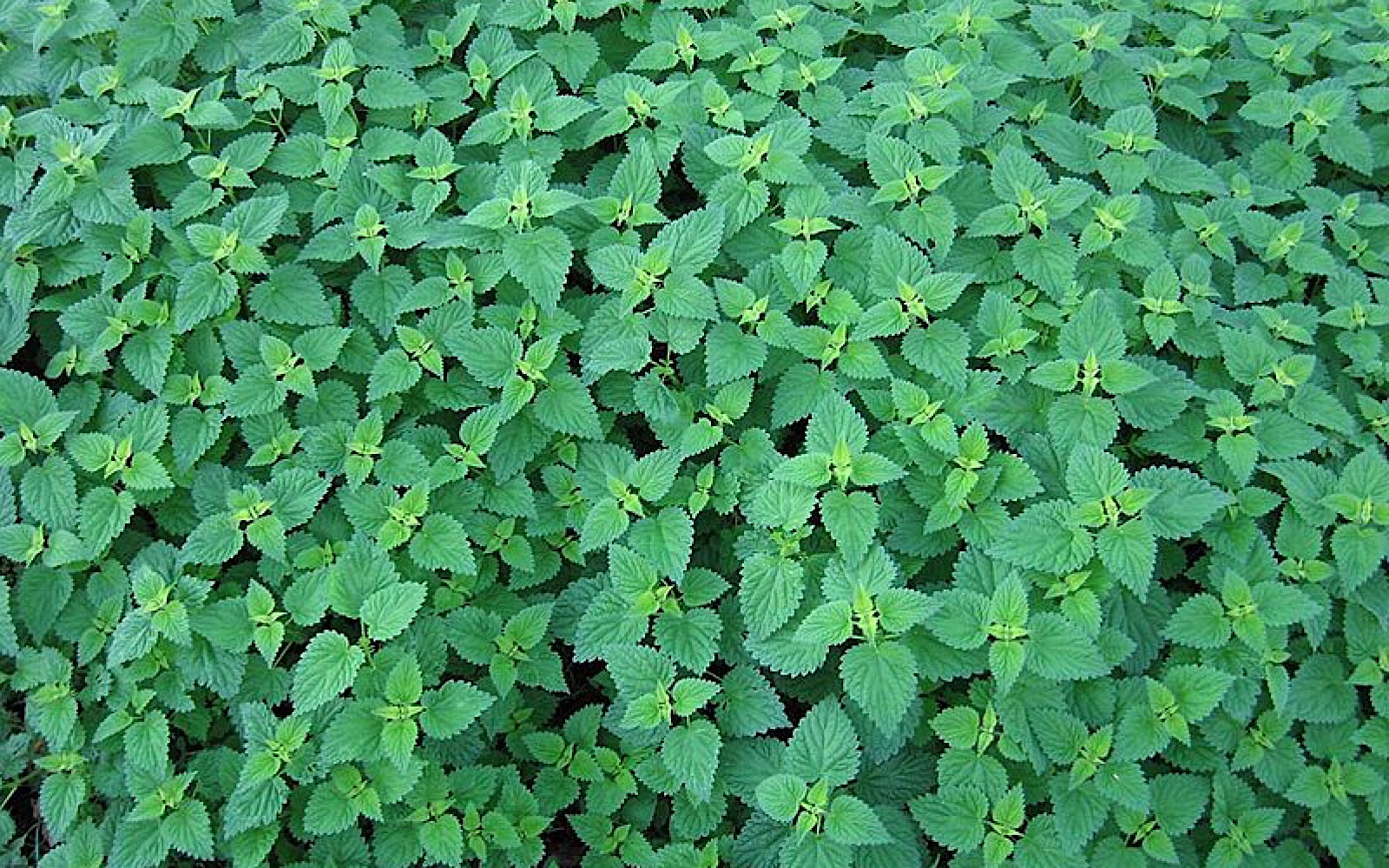 Nettles are not often listed amongst people’s favorite plants. They are, for one, considered noxious weeds, quick to take over a landscape. More relevant, perhaps, is the fact that stinging nettles hurt like fire when they brush against skin, and it’s a pain that lingers for quite some time and will actually cause the skin to swell up. (Dock leaf, said to always be growing somewhere near nettles, can be applied topically for natural pain relief.) In fact, these plants are so despised that “nettlesome,” meaning annoying, is a now an actual word.

However, for foragers, stinging nettles can be considered a prized pull. Not only are they edible and, some claim, delicious, but they have also been revered for their medicinal qualities for a long time. Nettle infusions are said to increase energy levels while magically relieving anxiety. It’s good for the kidneys, skin, hair, and cardiovascular system. In the kitchen, it is used as a culinary herb, often participating in pestos and soups, adding a nutritional punch.

Besides it being nutritious, the beautiful thing about eating nettles, as with other foraged foods, is that it is free, and in this case, it usually arrives in abundance. You just need to know what you are looking for and how to get it without being stung.

Where to Find Nettles

Nettles, like other plants that humans consider “weeds” tend to pop up in disturbed soils, such as along roadsides, pathways and garden edges. They’ll also pop up along rivers, streams, and ditches. Left to their own devices, nettles will grow en masse, spreading out via rhizomes over large areas. They tend to arrive in early spring and are present throughout most of the U.S. 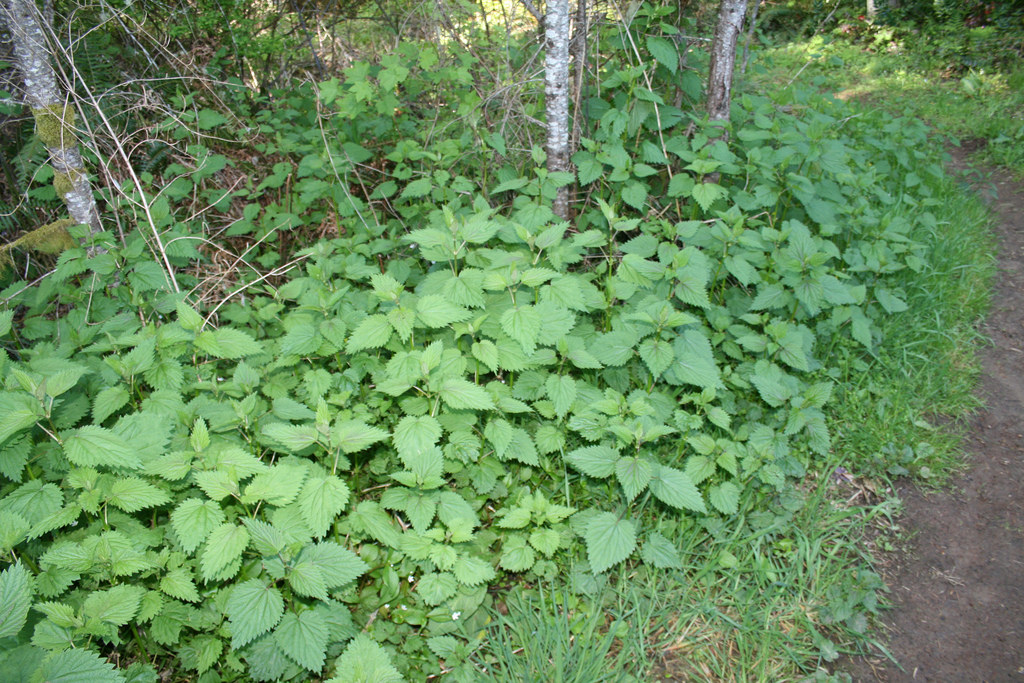 Once you get yourself in the right habitat, it’s important to be able to identify stinging nettles by sight because, if touched, they more than live up to their name. The sting is really painful. The plants can get quite tall, a few feet high, and they will likely appear in clusters. The leaves are pointed at the end, a few inches long with jagged edges, and in opposing pairs. The leaves of young plants are purplish, whereas mature plants have very green leaves. The stalks have tiny (stinging) hairs all over them.

When to Harvest Nettles 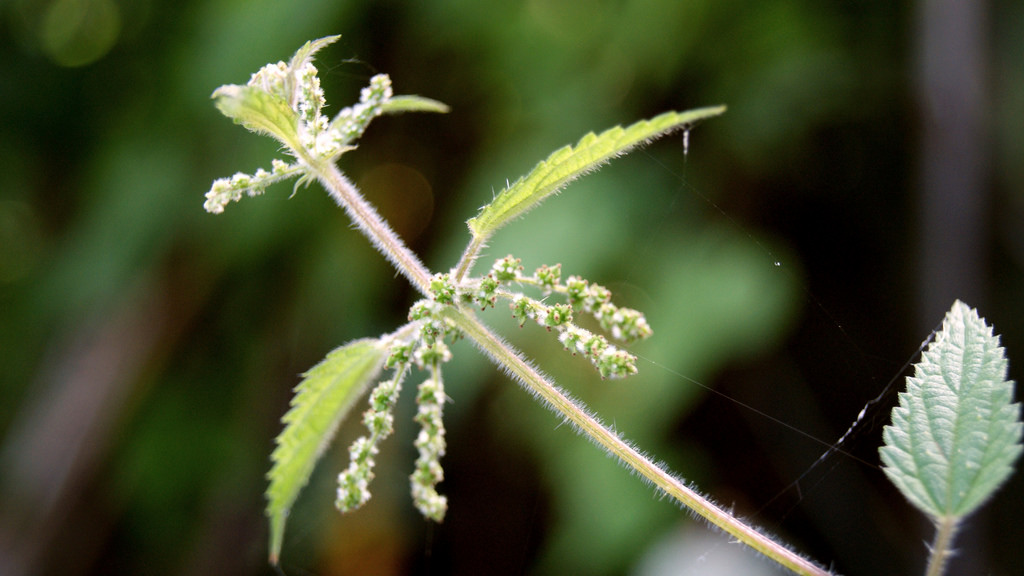 Nettles are best harvested from spring, a few weeks after they sprout, into early summer. The young leaves are what we are after, so young plants — under a foot tall — are ideal. Larger plants can be harvested from, but in this case, foragers should stick to the new leaves at the top of the plant.

How to Harvest and Handle Them Safely

So, the downside to foraging nettles is, of course, the risk of being stung. It’s important to move cautiously and take time to avoid the experience. This will require a thick set of gloves. The ends of the plants, the top three pairs of leaves, should be clipped and put immediately into a bag for transport. It is important to remember that older parts of the plant, particularly the stalks, will be fibrous and not good for cooking.

At home, the best method for handling them safely is to use kitchen tongs. With the tongs, remove them from the bag and rinse them. Then, still tonging (that’s a real word!) them, put the nettles into a pot of boiling water or a skillet with hot oil. The heat will defuse the sting.

Why Cook with Nettles

Nettles can provide a host of tasty treats. The leaves can be treated like spinach, especially with regards to making sautéed greens as a side dish or topping for pasta. They can be steamed for the same purposes. They can also add a green vegetable element to soups and stews. The water used to boil the sting out of nettles can be used for soup stock or as a medicinal tea. They provide an earthy flavor and plenty of nutrition, including vitamins, trace minerals, and protein.

Learning to take advantage of the healthy foods that grow readily is one of the simpler steps to how we begin to move our lifestyles toward being more sustainable. Along with other easily foraged foods, like dandelions, chickweed and mushrooms, nettles, now that we’ve acquired a little know-how, can be a real part of our own personal growth.