Easy Yoga Poses You Can Do in Planes, Trains, and Automobiles 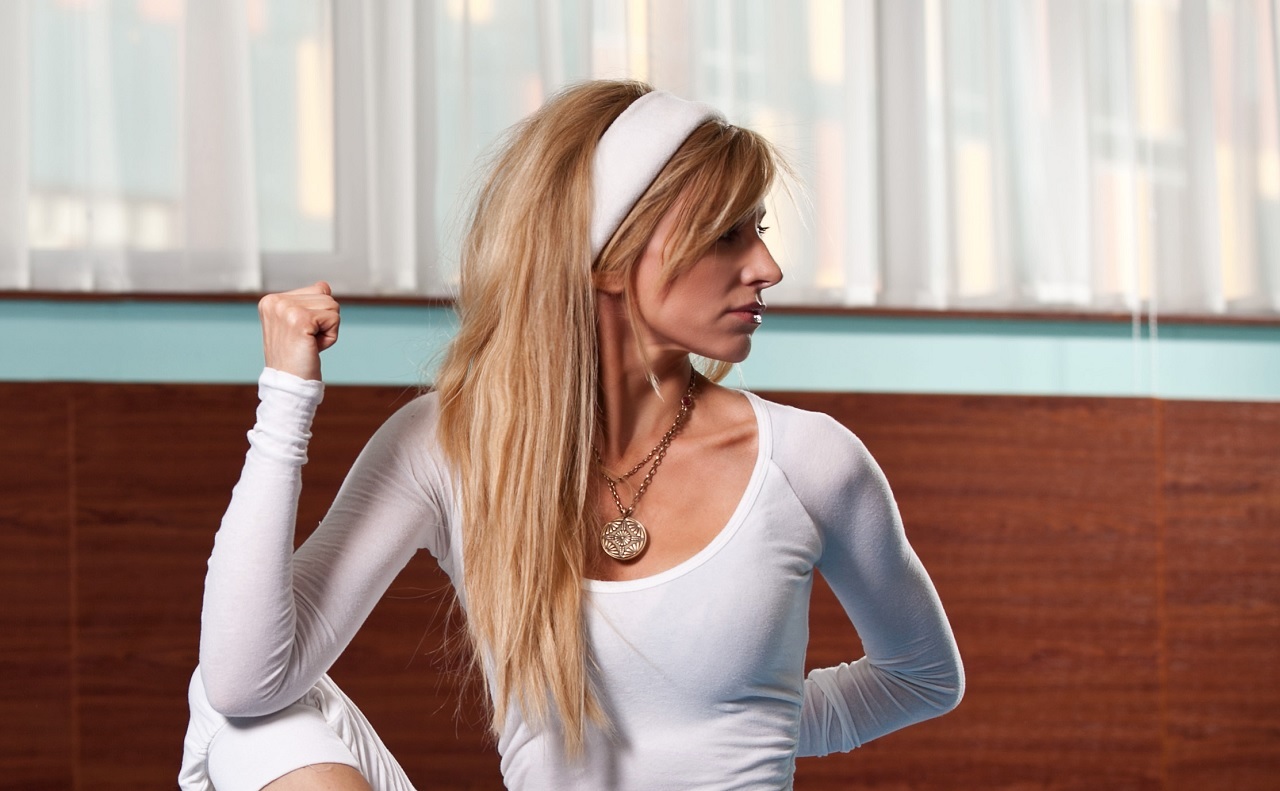 A frequent traveler, a patron of planes, trains, and buses, I’ve been known to undertake ridiculous 30-hour bus rides or 24-hour flight-layover amalgamations. Suffice to say,  a lot of time locked on lots of different types of transportation makes a person wonder what he or she might do for a little physical fitness along the way.

After a while, my knees begin to hurt, my legs go numb, or I wake up with a stiff neck. Often, I just feel like a lazy heap: too much sitting, too many in-flight movies, too much reading, too much iPod, and too much temptation to just say the hell with it and knock myself out with Bloody Marys. But, traveling doesn’t have to be this way.

Now, I’m not of the cut of people who are willing to lunge their way to the bathroom or stand in the aisle in full-on tree pose (more power to them, though), but there are lots of yoga moves, stretches, twists, and rolls that are great options for the less flamboyant. Read on about them here so that you, too, can stretch it out while making your way to your next destination:

For me, one of the nicest stretches in any yoga class is moving between cat and cow poses. Usually this is done on your hands and knees, breathing in as you let your belly sway low while you gaze up (cow) then exhaling as you lift your bellybutton upward while looking between your legs (cat). However, this can be modified to a seated position, using the same abdominal motion. It’s all about the core, right?

Thigh lifts are good for increasing the circulation in your legs, as well as burning up the core. Grab or push down on the side of your seat for stability and simply lift your thighs up while pressing your navel back into the seat. This can be done one leg at a time for a lighter workout or warm-up, or use both to feel the burn. Holding it for a few breaths also ups the ante.

While the legs are engaged, it’s a good time to give the ankles a once over. Start with rolls, moving in a circular motion a few times clockwise then a few counter-clockwise. Afterwards, use that gained flexibility to push your ankles even further, pointing the toes out as far you can then pulling them back in towards the shins for a few breaths. I also like to do a variation of this with my hands and wrists.

Sitting for a long time can be torturous on the back, but rather than suffering through by fidgeting and shifting your weight from one side to another, why not soothe it with seated spinal twists? Move to the edge of the seat, cross your right leg over the left, and use the left hand (on your right knee) to help you twist. Breathe in and lengthen your torso, then spin your right shoulder back and the left forward. Hold it a breath or two and repeat on the other side.

I love the eagle arms pose because, beyond the fact that it stretches things—shoulders, the upper back, and arms — that are often difficult to stretch, it looks super cool, as if you can really twist yourself up. One elbow rests in the inside of the other while the higher forearm wraps around the other until the palms are touching. It looks (perhaps reads) super complex but is actually simple and effective.

Of course, one of the best things to do when traveling long distances is to sleep, hoping the time ticks away. The problem, however, is when you wake up and feel what has happened to your neck during that slumber. Neck rolls are a standard yoga warm-up exercise, and they are great for both stretching the neck muscles, as well as relaxing. Remember to rotate slowly, inhale moving back and exhale when coming forward. Doing it consciously definitely enhances the effect.

Going through these moves as a series not only gives the body full attention, but also can chew up a half an hour or more, which is awesome when traveling. Then, of course, take advantage of the physically enlightened state and get yogic with your mind. I like to use some of the breathing and relaxing techniques common in savasana (corpse pose, or, basically, the state of just laying there and being) but while I’m sitting. And, that’s a full workout on the road, on the rails, or in the air.