The Art of Taking a Pallet Apart 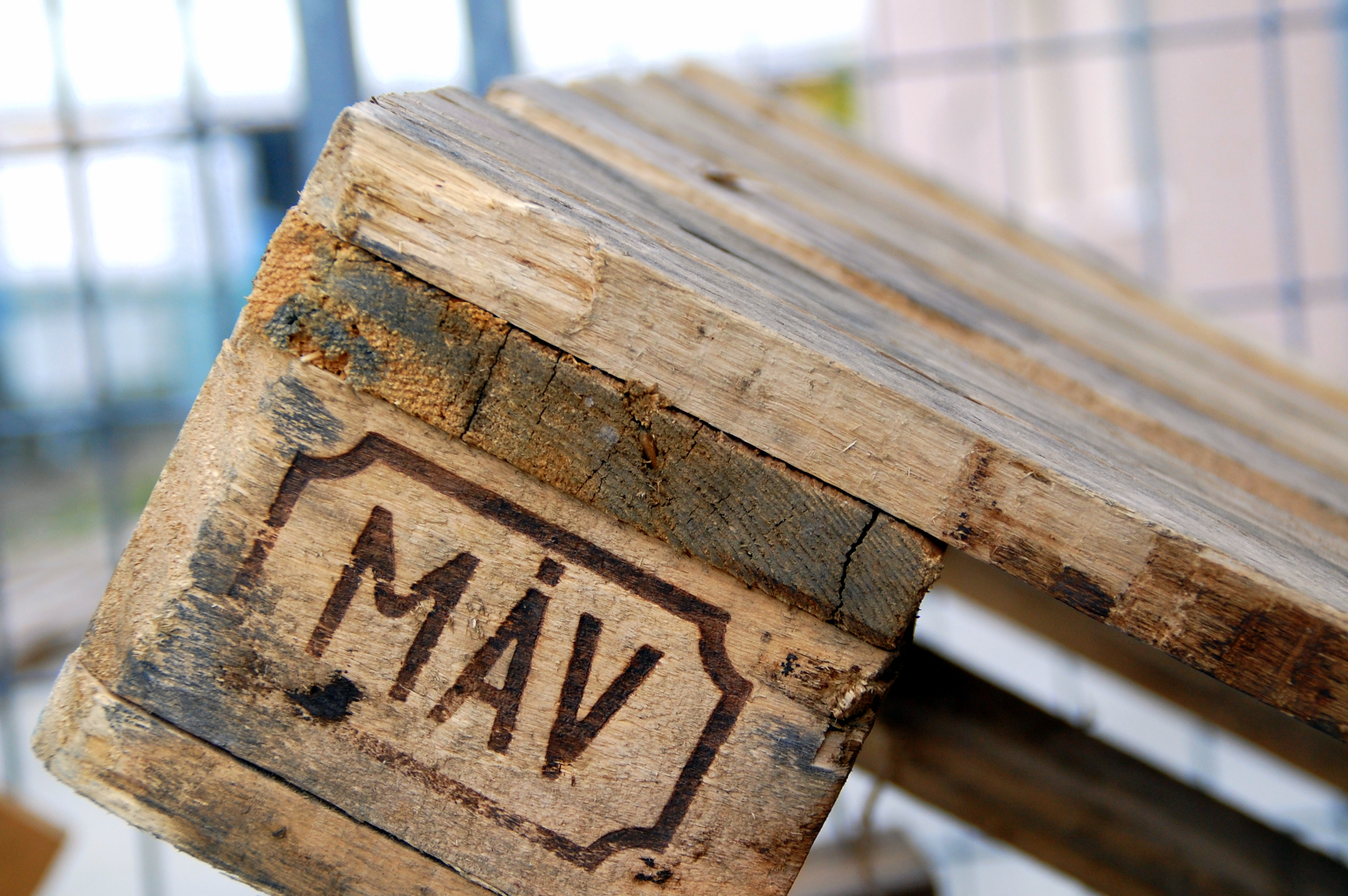 Repurposing items has become a revolutionary act in the fight for what’s green. Instead of adding to the waste stream or the recycling bin, more and more objects are finding their way into second lives as altogether new things. Without a doubt, pallets have been at the forefront of this repurposing, and their versatility is seemingly second to none.

Pallets are extremely useful. They can be collected to make fencing or garden trellises or shoe racks or beds. The wood can be repurposed into picture frames or shelves or walkways or toy boxes. Broken pallet wood makes dandy kindling, and the rest of it makes characterful lumber. The point is that those days of throwing pallets out seems long gone.

With that in mind, anyone who has actually endeavored to working with pallet wood, taking apart a pallet, is keenly aware of just how well they are put together. There is an art to taking pallets apart, and having a few tips at the start can save a lot of time and salvage a lot of wood.

The Tool of Choice

While for many the first inclination when taking apart a pallet is to grab a crowbar, the truth is that more often than not crowbars equate to an intense workout and a lot of broken boards. Instead, the ideal tool for taking pallets apart is a reciprocating saw, aka “Sawzall.”

Rather trying to pry the pallets apart, these saws can reach between the pallet deck boards (on the top and bottom) and stringer boards (the three or four boards  in the middle) to slice right through the nails, screws or staples holding the pallet together. The prevents the wood from being damaged and is less physically exhausting than trying to pull the pallets apart.

A good reciprocating saw cost about $100, but for those who are going to dismantle more than a handful of pallets, it’s money well spent. Not only is the job easier, but the amount of lumber salvaged by using this method over prying is significant. Plus, because the nails are cut, it’s not usually necessary to remove them, which takes a long time.

When a reciprocating saw is out of the question, be it for noise or fear of power tools, crowbars are a viable option. However, rather than attempting to dismantle a pallet with a typical crowbar, there is a prying device called a pallet ripper.

The pallet ripper is modified to protect the wood from being torn to shreds as often happens with normal crowbars. By design, the ripper fits nicely between deck boards and pulls up evenly on the boards, avoiding the twist that often causes them to crack. What’s more is that the handle of a pallet ripper is about four feet long, supplying plenty of leverage and back relief.

Pallet rippers can cost $60-$100, but they aren’t nearly as versatile a tool as a reciprocating saw. Plus, Once the boards are separated, the nails have to be removed. Due to the nail- and/or staple-pulling, this method either becomes time-consuming compared to the saw method. 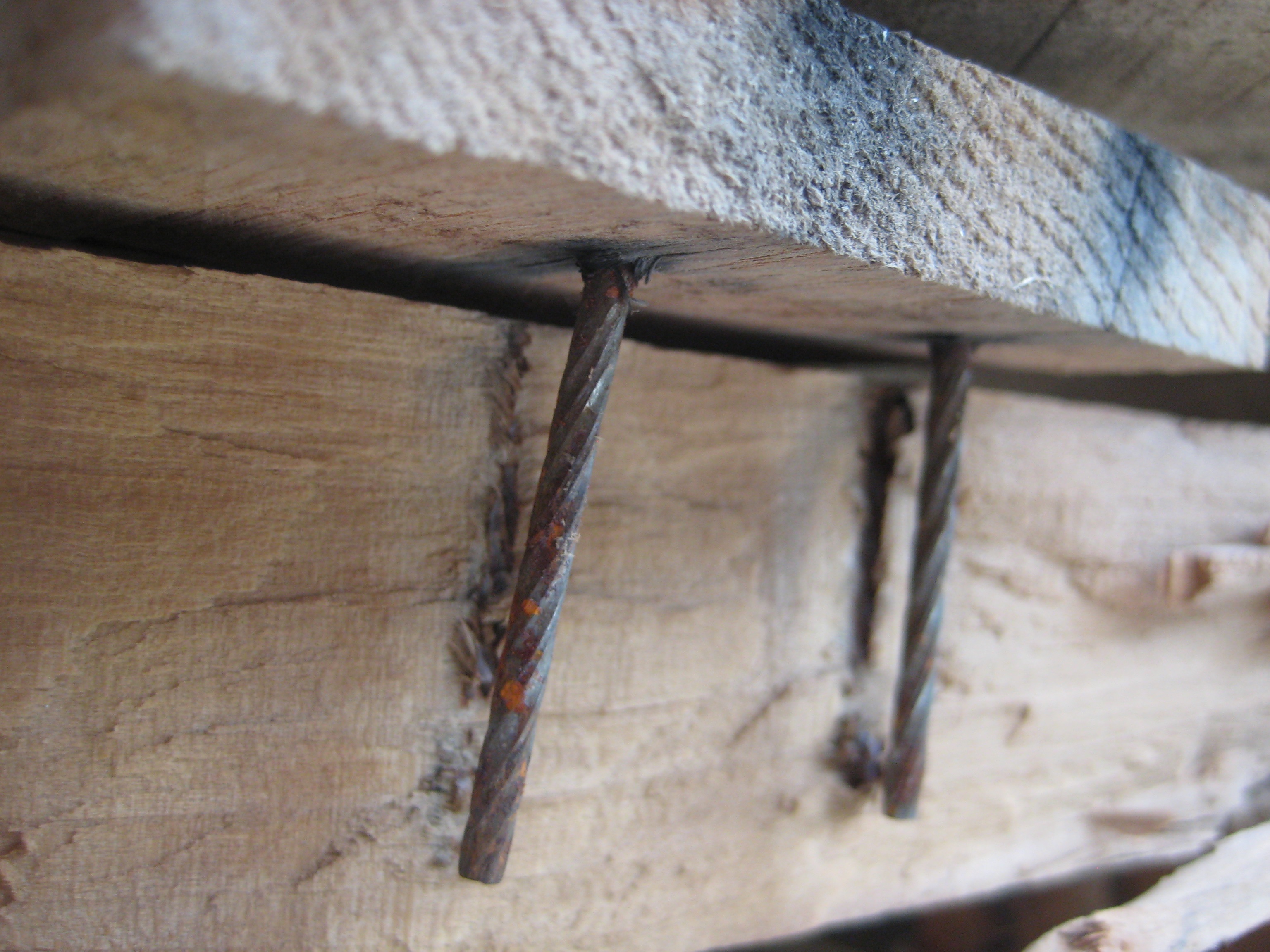 For those who don’t want to invest, sometimes it’s much more effective (than a standard crowbar) to use a two-by-four that’s three or four feet long, such as the stringer one gets when taking pallets apart. The two-by-four will slide between deck boards, and it can be used to slowly pry up each side of the deck board.

Whereas crowbars are really effective at getting leverage and pulling apart stuff, their tendency to be destructive in doing so makes them less desirable for taking apart pallets to repurpose them. Instead, the two-by-four is a bit easier to control and seems to do the prying gently enough to keep the boards intact, and this, after all, is the goal.

Again, at the end of this, there is the need to remove the nails. Unfortunately, this method often results in bent and curved nails that are a little more difficult to remove.

Any of these methods will work, but taking apart pallets is definitely a labor of love. Luckily, the wood is generally free for those who’ll put in the work, and of course, if the boards acquired from a pallet can take the place of using virgin lumber, our forests are all the better for it. Ultimately, the real art of taking a pallet apart is figuring out cool ways to put them back together.