Scary Sweets: The Dangers of Sugar 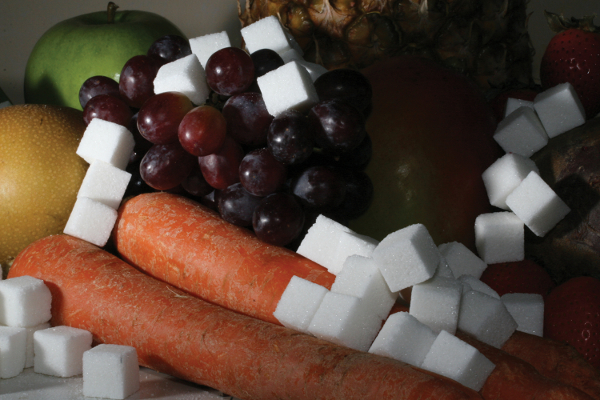 Addiction is the scourge of humanity and there is no more greatly abused substance than sugar. I am sure that wars have been fought and lives have been lost over it, but most important, it is a viable fuel to ignite and hasten disease. A courtroom defense even claimed that Twinkies propelled a crime, and although this may sound absurd there are granules of truth in it. Medical guide books tag sugar as the most lethal, almost illicit, substance. Health-food advocates fogged the issue by claiming that white sugar/sucrose is the “bad guy” and that other forms of sugar are health-building. This is far from the truth, as decades of research at the Hippocrates Health Institute and other reputable centers have proven time and again. Sugar in any form, be it from honey, agave nectar, maple syrup, corn syrup, xylitol, yacon syrup, evaporated cane juice or crystals, fructose, dried fruit, fresh fruit or its juices, etc., fulfills sugar addictions and fertilizes both physical and emotional disorders. Low glycemic and high glycemic is further propaganda that misleads the public into believing that there are less harmful sugars, but every form of sugar feeds and multiplies viruses, bacteria, yeast, spirochete, parasites, amoebas and cancer.

In addition to these usual suspects, there are the more elusive methods of acquiring a sugar fix. Closet cases consume breads, pastas, potatoes, etc., under the mistaken impression that they are safe and healthy. In traditional form, this nutrient-empty fare rapidly breaks down into sugar, achieving the same unwanted effects as straight sugars. When the totality of humanity has embraced the consumption of sugars and their by-products for millennia, it is virtually impossible for most people to comprehend that it is not natural to consume them. More than ever, with our stressful and exhausting lifestyles, this substance is used as a stimulant to keep us awake and moving. Breaking this pattern of self-destruction requires a full understanding so that you can conquer this nemesis on both an emotional and a physiological level. Abstaining from all forms of sugar and increasing digestible protein is the only viable way to heal this obsession. Removing sweets will satisfy your physical need and release you from the burden of shallow satisfaction.

There is abundant evidence that clearly reveals the destructive nature of sugar. Tooth decay may be at the top of the list. Hard tissue is literally eaten away by this mineral-robbing substance. Biochemistry requires magnesium, manganese, chromium, cobalt, copper and zinc to neutralize sugar and release it from the system. Each and every one of these essential minerals is required to build every cell of the body, especially the skeletal structure. Sugar also increases calcium loss in urine, sparking further osteoporotic concerns. Research at Karolinska, Sweden’s renowned medical research facility, has equated sugar consumption with arthritic, osteoporotic and dental degeneration and has proven that the higher the level of sugar intake, the more severe the level of hard-tissue degeneration.

Our metabolism is directly affected when consuming this deadly substance in exceptional quantities. When we alter metabolic rates by manipulation of chromium (reduction), our organ systems begin to malfunction. The organ of greatest concern is the brain. Neurons which allow this vital tissue to be fully operative begin to misfire and engage in haphazard activity. This action often creates a scatterbrain effect. There are many resulting symptoms to metabolic brain dysfunction, most notably attention deficit disorder and its related ailments. It is my belief that a secondary deeper addiction, namely an alkaloid effect, gives the user an approximate 90-minute high that ends with a dramatic drop in brain functionality. Further indulgence is sparked by this altered brain chemistry. Yo-yoing from high to low and back puts stress on the entire nervous system and dilutes hormone function. Hormones and nerves are vital for determining either youthful or premature aging. White hair, wrinkles, lack of energy, brain fog, memory loss, nutritional deficiency and loss of sexual vitality are just a few of the horrendous outcomes of sugar intake.

Most grievous is our consistently confirmed finding that all sugars – including fructose (fruits, carrots, beets and their juices) and all other lethal sugar substances – attract and feed every known disease. As the overall body erodes from this consumption, the central effect is, sadly, on one’s immunity. Because the pancreas (sugar regulator) and spleen (cell developer) work hand in hand, fewer and weaker cells are developed when any form of sugar saturates the bloodstream. Over the years I have spent hundreds of hours viewing microbes and mutagens on Petri dishes. Whenever I added any form of sugar, be it fructose, sucrose, dextrose, etc., every disease was stimulated and grew. In America alone there are more than 15 million Type II diabetics, and the number grows at alarming rates each year. This epidemic cannot be quieted until we change our diets and eliminate any form of sugar.

The British Journal of Medicine reported a study showing that the main cause of diabetes in children was obesity and that it was compounded by the consumption of sugar-laden food. As reported in Prescription Alternatives by Earl Mindell, RPH, Ph.D., by 2010, in both Britain and the United States, 40 percent of the population over 65 will have adult onset diabetes. In the book Alternative Cures by Bill Gottlieb, it is reported that in North America 50 percent of lower-body amputations are directly caused by diabetic complications. Dr. Barnett Meltzer points out that refined sugars exhaust your liver, unbalance the adrenal glands, overtax nerves and deplete B-vitamins. This all contributes to allergies, arthritis, PMS, abnormal hormonal functions, hypoglycemia and diabetes. Dr. John Yudkin, considered one of the world’s leading authorities on sugar in the diet, points out that sugar causes irregularities in the insulin response causing diabetic-like damage to the kidneys, retina, blood platelets and cardiovascular system. Julian Whitaker, M.D., points out that fructose is a highly reactive molecule that readily attracts to proteins, changing their structure and interfering with their normal activity.

Many studies show that fructose accelerates glycosylation, damaging proteins to an even greater degree than even sucrose and glucose. Study after study and doctor after doctor stand shoulder to shoulder with us in our conviction that sugar causes a plethora of both physical and emotional disorders.