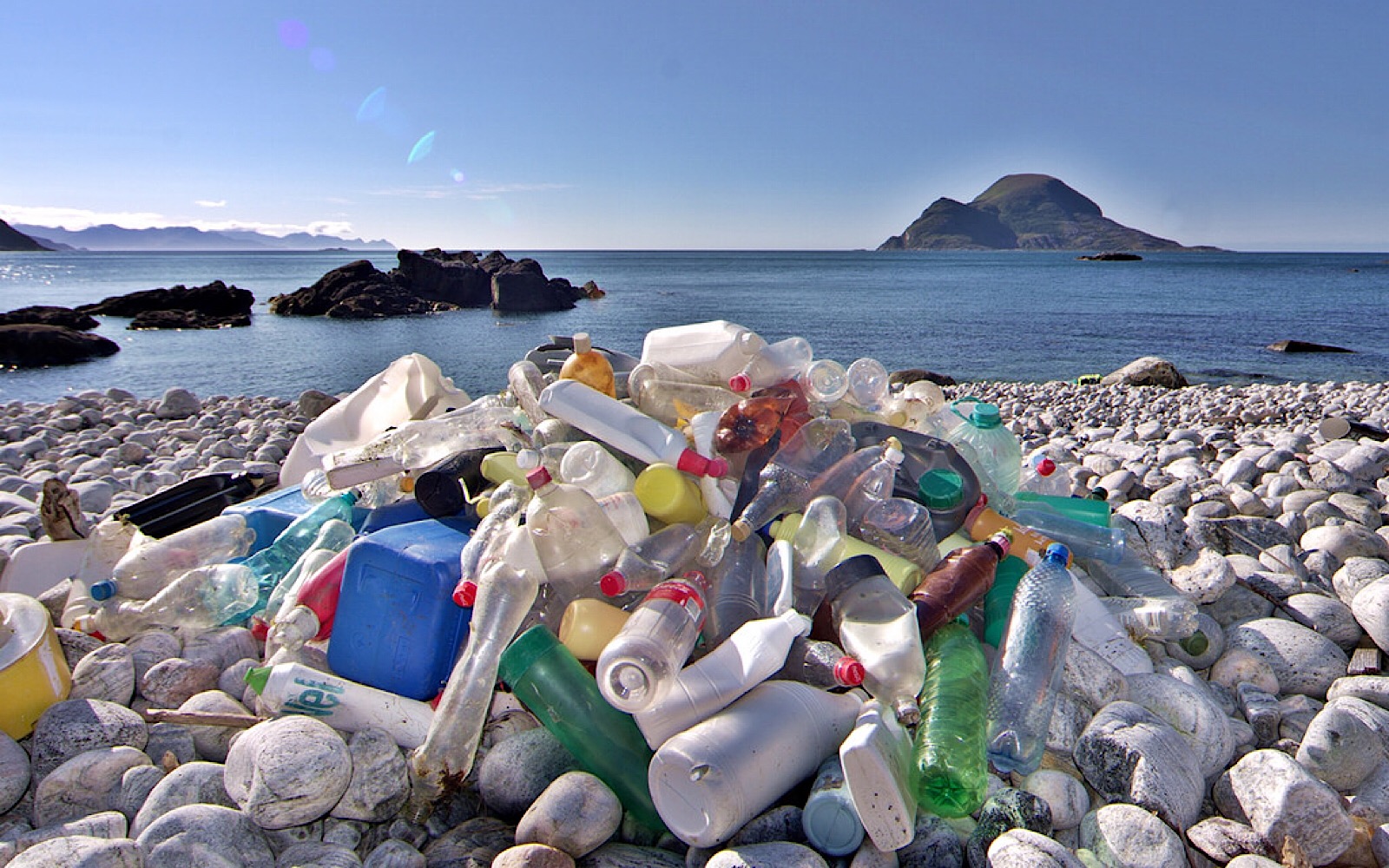 Ocean plastic pollution is a global problem and one of the greatest threats that our oceans face. Up to 12 million metric tons of plastic enter our oceans every year – that is the equivalent of a garbage truck’s worth every minute. Once plastic enters the ocean it becomes a hazard for marine wildlife. Animals can become entangled in the larger plastic causing them great harm. Others may mistake the plastic for food and choke on it.

Over time, these larger plastics break down into smaller pieces called microplastics. Studies have shown that many fish are attracted to the plastic and ingest it. They aren’t alone. It is estimated that 1 in 3 sea turtles and 90 percent of seabirds have also ingested plastic.

Humans aren’t immune to the impacts of plastic pollution either. If you are a lover of seafood, it’s quite likely that you have accidentally ingested plastic. Studies have suggested that frequent consumers of shellfish could be ingesting thousands of pieces of microplastic each year. A report released a few months ago confirmed that there is also plastic in our sea salt.

Many of us feel a personal responsibility to do our bit to stem the flow of plastics into our oceans. And it’s true that we as individuals bear some responsibility for creating the plastic crisis. We can help by reducing our plastic footprint. We can purchase reusable water bottles and switch from bottled water to tap water. We can bring a reusable coffee cup with us when we venture to our favorite cafe for our morning caffeine fix. We can bring our own bags when we go shopping and refuse plastic straws when we eat out.

Calling on Companies to Step Up

But the scale of the problem is so great that everyone needs to work to end ocean plastics. Like a leak in your home, we have to stop the plastic ending up in the ocean before we can properly clean up the mess. So along with reducing our individual plastic footprint, the industries that create the plastic in the first place need to step up and address this problem.

Research shows that plastic bottles are one of the most commonly found items on beach cleans and on the ocean’s surface. So earlier this year, Greenpeace wrote a report looking at the soft drink industry and its plastic footprint. We surveyed the top six global soft drinks brands: Coca-Cola, PepsiCo, Suntory, Danone, Dr. Pepper Snapple, and Nestlé. All companies except for Coca-Cola disclosed the size of their plastic footprint. However, we were able to look at Coke’s sustainability reports and we estimate that in 2016 the company produced over 110 billion single-use plastic bottles. That is the equivalent of over 3,400 bottles per second!

It’s quite clear that Coca-Cola has a plastics problem. That is why we are calling on the company to stop choking our oceans. It needs to rapidly reduce its plastic footprint which can be accomplished by looking into innovative drink delivery systems, using more recycled plastic content, or using more refillable bottles. Whatever choice Coca-Cola makes, it’s quite clear that it must do its part to end ocean plastics. Greenpeace and activists around the globe will be there every step of the way to ensure accountability.