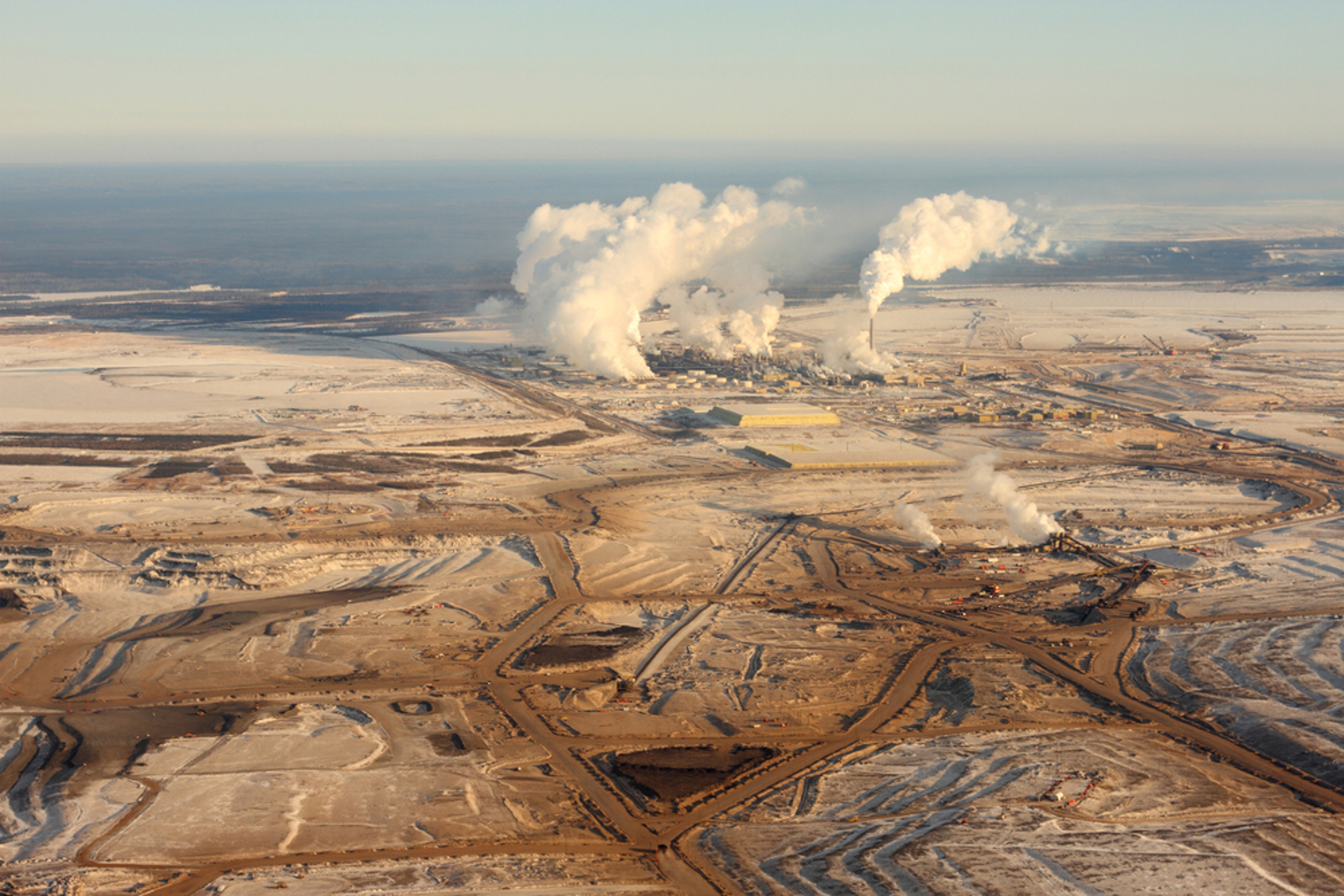 Tar sands — also referred to as oil sands — are a combination of water, clay, sand and bitumen, a heavy black viscous oil. Tar sands can be processed and mined to extract the oil-rich bitumen, which is then refined into oil. The bitumen in tar sands cannot be pumped from the ground in its natural state; instead tar sand deposits are mined, usually using open pit techniques or strip mining. The oil can also be extracted by underground heating with additional upgrading.

Converting and extracting tar sands into usable fuel is an energy and water-intensive endeavor, and it creates an abundance of toxic air, waste and water pollution, as well as destroys precious ecosystems and habitats home to millions of organisms.

Despite these environmental, economic and energy costs, according to NRDC, a race to make money from this dirty fuel was initiated in the mid-1990s by rising oil prices. By 2004, Canadian production of tar sands oil reached one million barrels per day — with a lot of the output bound for the U.S. —and big oil had plans to continue.

With the support of the Canadian government and the U.S, tar sands projects seemed impossible to ban. But not everyone could turn a blind eye to the havoc wreaked by tar sands. First Nations communities who had inhabited the area for thousands of years began voicing concerns. Their fishing, water, and hunting traditions were at risk— as was their health, with more unusual and rare cancers being diagnosed.

Tar sands are found in many places worldwide, but the largest deposits in the world are found in Venezuela and Canada (Alberta). Much of the remaining tar sands are found in various countries in the Middle East. In the United States, tar sands resources are primarily concentrated in Eastern Utah  (mostly on public lands) with an estimated 12 to 19 billion barrels.

Who Do They Affect?

Tar sands do not just affect the western hemisphere. It’s a global problem. Due to its dependence on consuming vast amounts of energy, tar sands also generate a lot of dangerous carbon pollution that is driving climate change. In a recent report by Oil Change International, emissions from tar sands expansion projects were said to exhaust 16 percent of the world’s total carbon budget for staying below 1.5 celsius. The State Department discovered that the emissions associated with the refining, combustion, and production of the tar sands in Keystone XL would result 147 to 168 million metric tons (MMT) of carbon dioxide per year. Just to give you an idea of what that looks like, this figure is equivalent to the emissions released from as many of 35.5 million cars!  Displacing conventional crude with dirtier tar sands with a project like Keystone XL would result in up to 27.4 million metric tons of carbon dioxide additional emissions.

And it is clear that Keystone XL would enable additional tar sands expansion, as Canada’s pipeline system has sufficient capacity for existing production and projects that are already in construction. Tar sands projects are some of the most expensive, longest-lived oil projects on the planet — building more will lock in high carbon production for decades to come at a time when the world needs to be transitioning away for high-carbon fuel sources.

The risk of Keystone XL and other projects that involve tar sands to our climate, land, and waters far outweighs the relatively few jobs that they will create. Keystone XL, for example, would only generate 35 permanent, full-time jobs. Our President and Congress should instead focus on real job creating opportunities, such as efforts to expand our clean energy economy as well as make repairing our businesses and homes more energy efficient.

Perhaps the most compelling reason to oppose tar sands is the fact that they are the longest lived oil projects on the planet, and creating more will lock each and every one of us in high carbon production for decades. If we want to transition away from high-carbon fuel sources and towards a cleaner, more sustainable planet, supporting tar sands goes directly against this.