Stunning Time Lapse Video Shows an Entire Lake in California Disappear in a Matter of Seconds. How You Can Help With One Simple Choice

Stunning Time Lapse Video Shows an Entire Lake in California Disappear in a Matter of Seconds. How You Can Help With One Simple Choice

The above time-lapse video of Folsom Lake, California, assembled by Facebook user Ryan Griffith between March to August of this year, demonstrates beyond all doubt just how serious California’s drought has become. The situation at Folsom Lake is emblematic of the state’s problems as a whole. Pictures released by NASA last year showed that the lake was almost full in 2011, with a capacity of 97 percent … but three years later, its water content had declined by a shocking 80 percent, standing at 17 percent capacity.

This picture shows what Folsom Lake looked like in 2011… 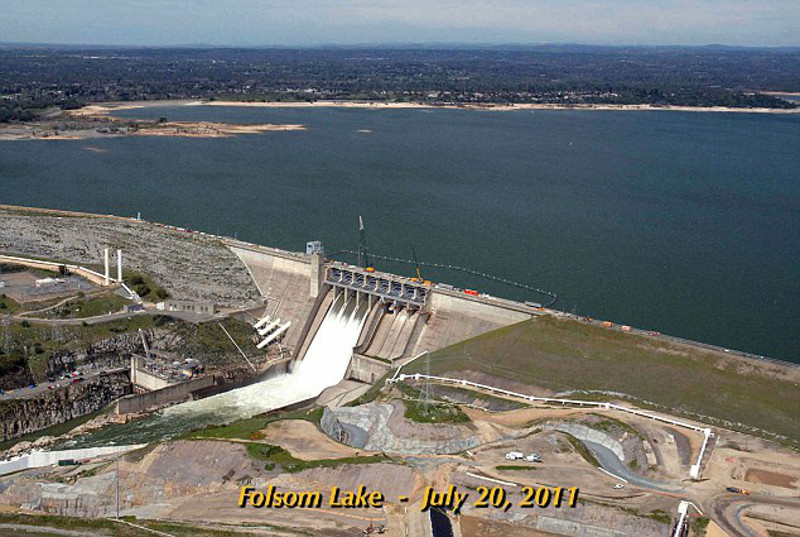 … while this image shows what it had been reduced to less than three years later. 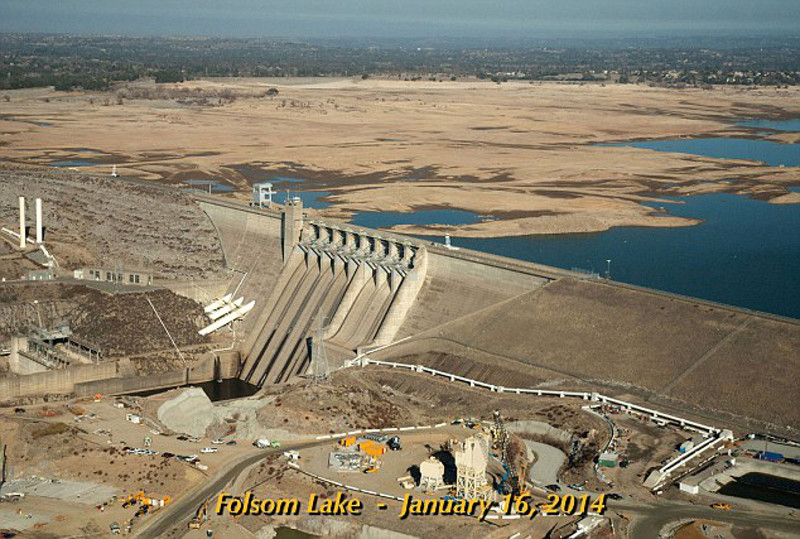 The images revealed that water levels dropped so low that the remains of a Gold Rush-era ghost town at the bottom of the lake had become visible for the first time in decades. It has been estimated that the state of California needs approximately eleven trillion gallons of water to get itself out of its prolonged drought. While scientists have been engaged in heated debate over whether the situation is being caused by man-made climate change, or “natural atmospheric cycles that are unrelated to man-made climate change,” there is one factor that few have mentioned: animal agriculture.

An astounding 93 percent of California’s water is consumed by agricultural industries, with the animal-based industries leading the charge. And a single dairy operation can use up to 150 gallons of water per cow, per day – just to operate their automatic cleaning systems. When you take into account the volume of water needed to grow feed for the cows and maintain them during their lifetime, the average water footprint of a single gallon of milk equals out to the same amount of water a person uses to take a whole month’s worth of showers. As California is the leading producer of dairy products in the U.S., home to over 1.8 million cows, it isn’t so hard to figure out why the state is experiencing such a severe water shortage.

The good news is that although the problem of drought in California may appear to be intractable, there is one simple step you can take today – and it starts on your plate. As the leading organization at the forefront of the conscious consumerism movement, it is One Green Planet’s view that our food choices have the power to heal our broken food system, give species a fighting chance for survival, and pave the way for a truly sustainable future. By choosing to eat more plant-based foods, you can drastically cut your carbon footprint, save precious water supplies and help ensure that vital crop resources are fed to people, rather than livestock.

By simply leaving dairy products out of your diet, you can save up to 50,033 gallons of water a year. If every single person in the U.S. were to do this, we could make up California’s 11 trillion gallons of water in less than a year!

With so many delicious plant-based alternatives to dairy out there, there has never been an easier time to make the switch. To learn more about how you can help heal the planet through your food choices, check out One Green Planet’s #EatForThePlanet campaign.