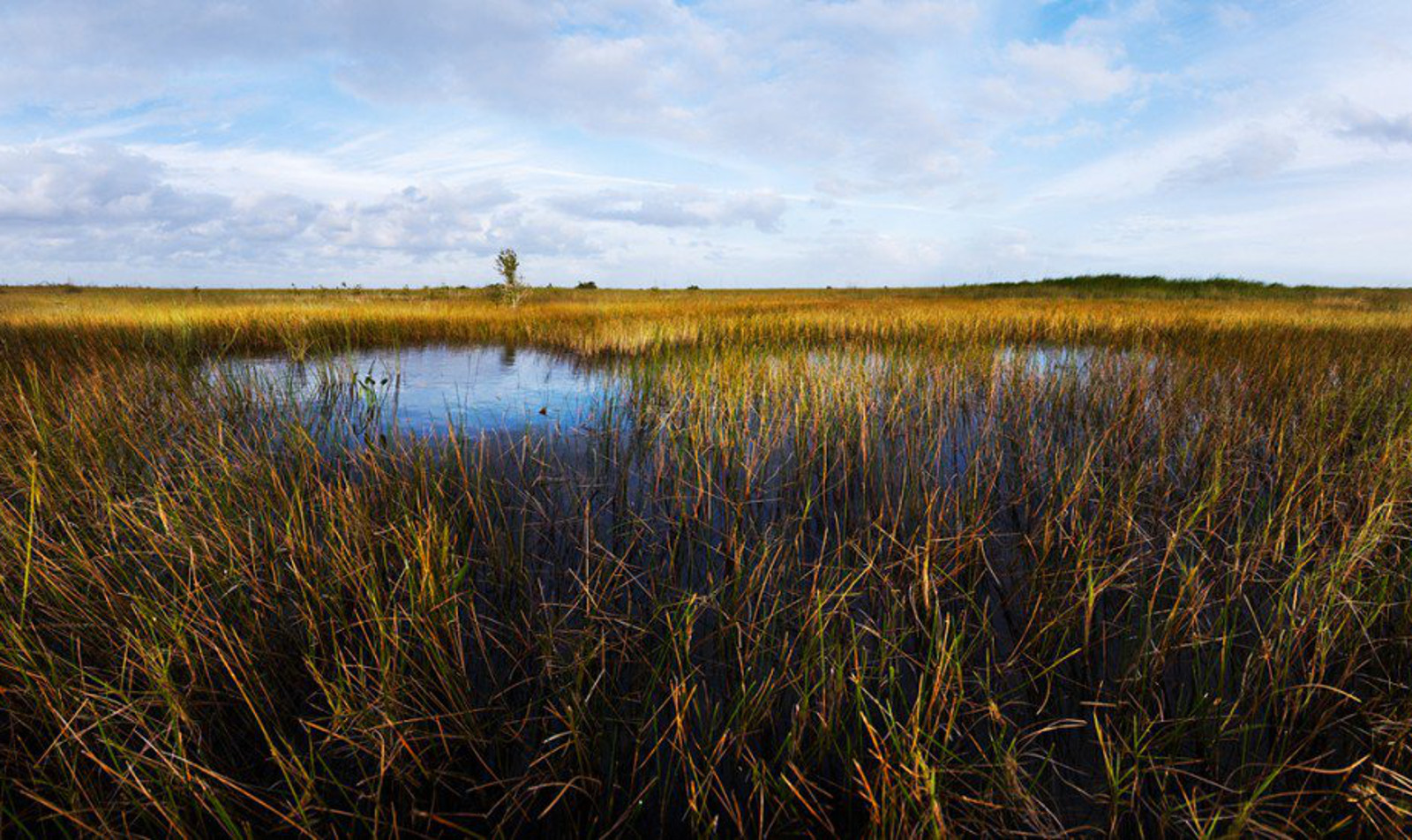 The Everglades National Park, which covers a whopping 1.5 million acres of land, was set aside as a biological preserve in 1947. While the Everglades usually conjure crepuscular visions of vast, murky swamps, there are actually several distinct ecosystems in the park, including large swathes of open savannahs dominated by pine trees and palmettos, secluded hammocks home to towering mahogany and gumbo limbo trees, mangrove swamps and prairies near the coast, and at the very heart of the Everglades, a vast sea of grass, the sawgrass marsh.

If you were to have visited this marsh 100 years ago, you’d find yourself standing in a shallow river 50 miles wide, created by water spilling over from Lake Okeechobee in central Florida making its long way to the gulf, a journey of 120 miles.  But instead of sinking into But instead of sinking into mud at the bottom, you would have found yourself standing on a firm layer of solid ground because the Everglades grow on top of a giant limestone bed, secreted and compacted by the rise and fall of oceans in past millennia. But the river no longer flows to the gulf as it used to; instead, it’s been diverted to sustain nearby agricultural fields. This has turned out to be a serious problem, however, not only for the Everglades but also for the millions of people that live in south Florida.

The Problem – Lack of Freshwater

Within the porous limestone of the Everglades, just a few feet below the surface in some places, lies the massive Biscayne aquifer, which supplies almost all of the freshwater to Miami and surrounding cities. In the past, much of the water that flowed languidly from Okeechobee would replenish the aquifer, the limestone acting as a natural filter. But without the river, and with water constantly being pumped out to nearby residents, saltwater from the gulf and the Atlantic has begun to contaminate the aquifer and the plants above it. 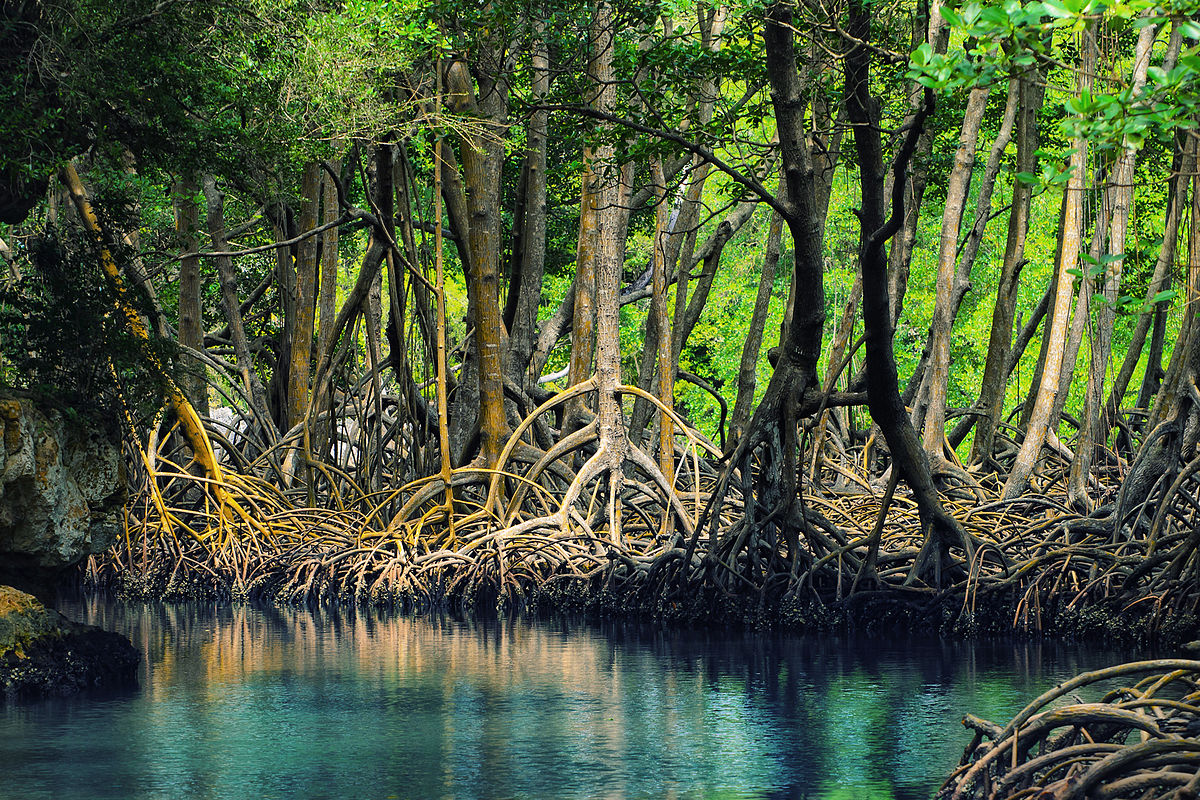 But trouble is coming to the Everglades from another source as well. As far back as 1930, sea levels began to rise in South Florida at a rate 6-10 times faster than they had done on their own for the past 3,200 years, far too fast for the environment along the coast to stabilize with the help of soil carried down from rivers. If nothing is done, sea levels in Florida are expected to rise roughly 2.5-6.5 ft by the end of the century, and much of the Everglades now are just a few feet above sea level, meaning that you and I could effectively see them disappear before we do. But you don’t have to wait long because it’s already possible to see the effects of saltwater intrusion on the Everglades using satellite imagery, which was done in a recent study. 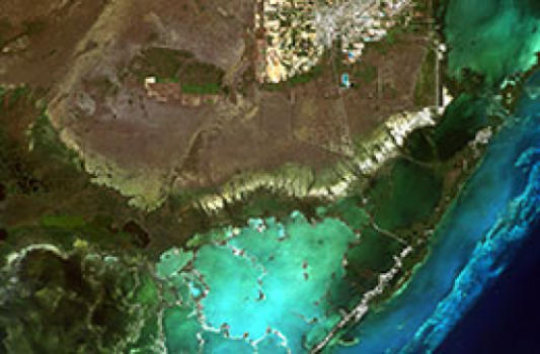 Before oceans engulf tangible tracts of land, it’s likely that more and more saltwater will spill into our rivers, estuaries, and coastal swamps, killing off vegetation and forcing the plants to retreat further inland. Meanwhile, areas of low-productivity mangrove swamps have already begun to enlarge in south Florida. Mangroves are trees that are extremely tolerant of saltwater, botanical amphibians that look like they grow on stalks. These are called aerial roots, and they give extra support to the tree and also supply oxygen to the roots further down buried in mud, which they need for respiration. According to the lead author on the study, “Less salt-tolerant plants like the sawgrass, spike rush, and tropical hardwood hammocks are retreating. At the same time, salt-loving mangroves continue to extend inland,” a process that’s been observed for the past 70 years. The satellite imagery, however, provides photographic proof that the Everglades is changing at an alarming rate.

Looking Toward the Future

Nor is this a problem only for the Everglades. Most, if not all, coastal wetlands are already vulnerable to saltwater intrusions, including the Nile Delta in Egypt, the Sundarbans in India and Bangladesh, areas in China including the Pearl and Yangtze river deltas, as well as many others all over the world. The good news is there are several groups dedicated to restoring the Everglades, including the Audobon Society, and just two months ago, the Army Core of Engineers allowed water to flow from Lake Okeechobee into the Everglades for the first time in almost 100 years!  But in order to make a lasting difference, humans will need to end their reliance on fossil fuels and animal agriculture, both significant sources of greenhouse gas emissions. One Green Planet believes that our global food system dominated by industrial animal agriculture is at the heart of our environmental crisis. This destructive industry currently occupies over half of the world’s arable land resources, uses the majority of our freshwater stores, and drives greenhouse gas emissions. By choosing to eat more plant-based foods, you can drastically cut your carbon footprint, save precious water supplies.