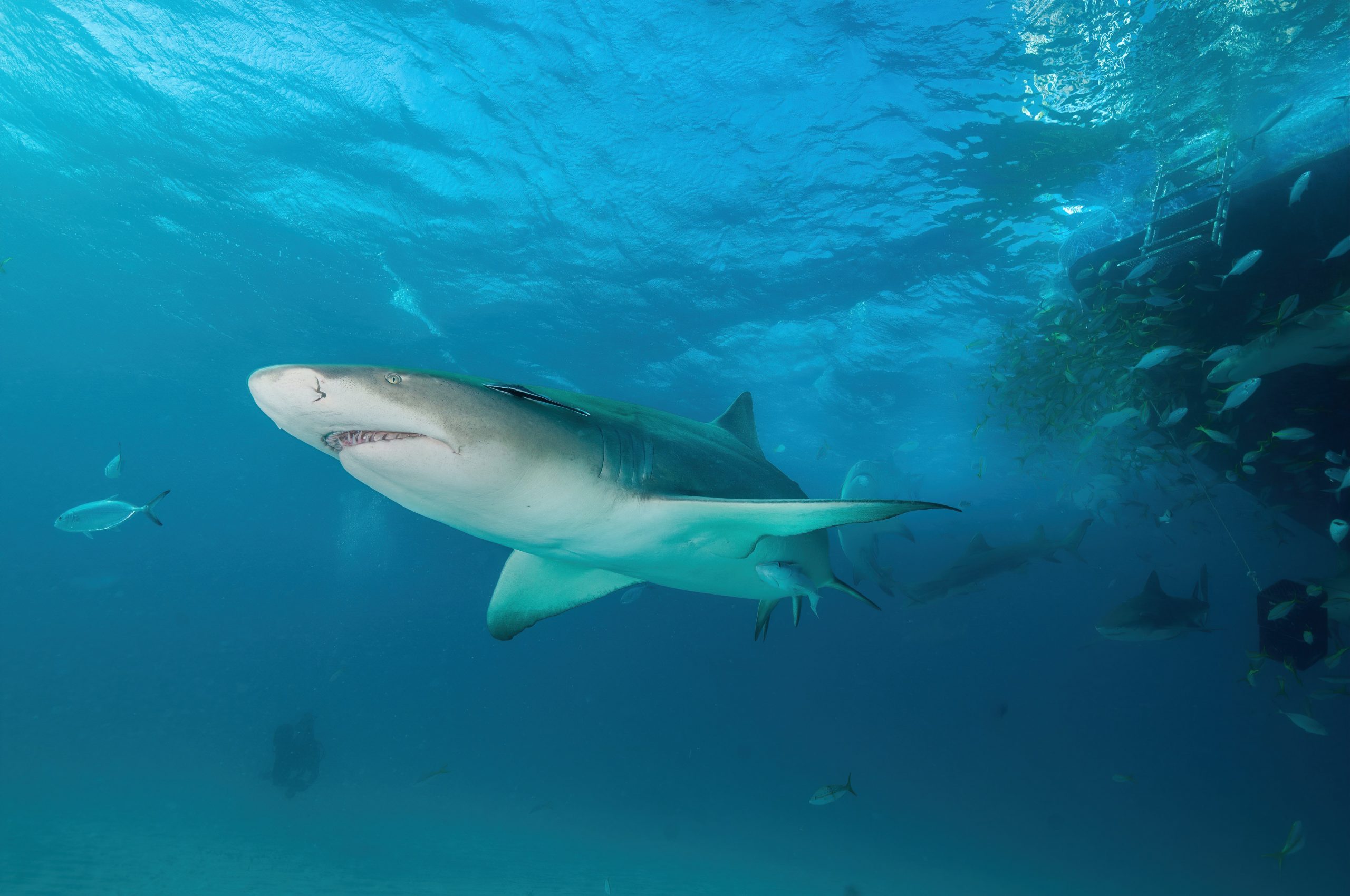 Hundreds of sharks are being forced to seek shelter in the Florida canal as a toxic red tide sweeps the state’s Gulf Coast.

Red tide is an out-of-control toxic algal bloom that releases a neurotoxin called brevetoxin. It can disrupt the firing of nerve cells, which has a negative impact on much of the sea life in its path. It has quickly entered the food chain on the Florida coast and is causing significant damage to the ecosystem.

Four species of sharks. Including the bonnethead shark, lemon shark, blacktip shark, and nurse shark seem to be affected the most. Meanwhile, these four species have been hiding out in a Florida canal near Longboat Key in Sarasota City since July 26th. There don’t seem to be signs of them leaving anytime soon.

Mike Heithaus, a marine ecologist and shark expert at Florida International University, told The Guardian. “You just don’t normally see sharks piling up like that in these canals. They do go in there but not in the huge numbers that we’re seeing reported.”

Not only does this toxic algal bloom negatively affect sea life, but it can also have negative effects on humans as these neurotoxins can be consumed through seafood. In addition, it can also affect people who go swimming in areas infected by this red tide.

No one knows how long the sharks will be trapped in the canal as the red tide continues to sweep farther and farther.

Mike Heithaus said, “If the conditions are really bad outside that canal, they might be stuck until the conditions get to the point where there’s enough oxygen. Or there aren’t toxins if they were to leave the canals.”

Jack Morris, a senior biologist at Mote Marine Laboratory in Florida said, “If it goes on long enough, they will run out of food and energy. And unfortunately, some of them — if not all of them — will die.”

This occurrence is just a further example of how delicate the ecosystem is and how we need to do everything we can to prevent these blooms from occurring.

The state has been working on cleanup efforts and while there has been some improvement, there’s still a lot of work to be done. Scientists believe that the algal bloom got so deadly because the Piney Point phosphogypsum stack (fertilizer plant) in Florida leaked around 173 million gallons of wastewater into Tampa Bay in April. As a result, the Center for Biological Diversity is suing the Florida Department of Environmental Protection, HRK Holdings, and Manatee County Port Authority over their mismanagement of Piney Point and the disaster that followed. Sign this petition to put pressure on the government to quickly close Piney Point and clean up their mess.