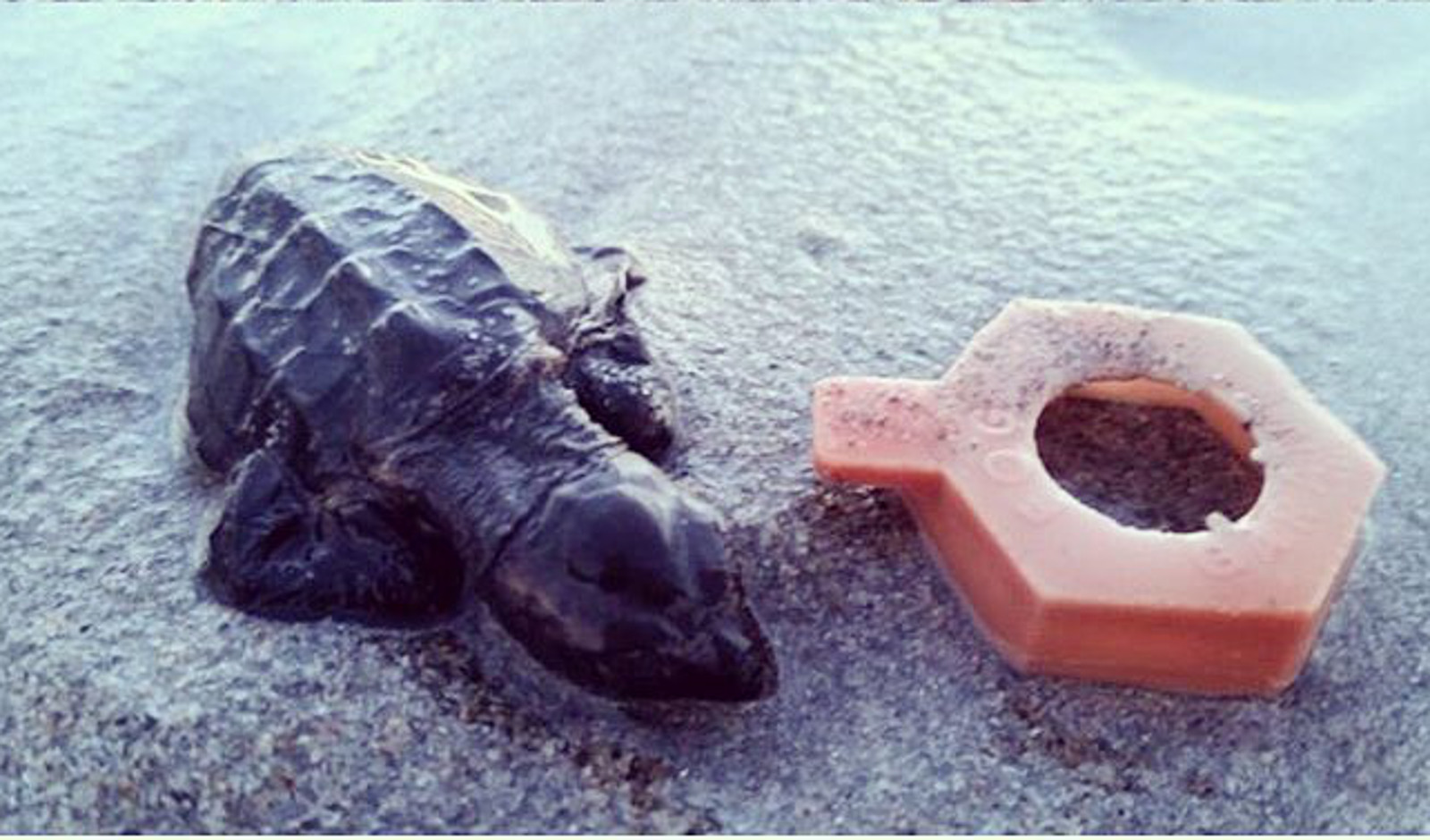 It can be easy to forget the impact of our plastic trash. We like plastic because it makes our lives incredibly convenient. We want a straw for our drink, we can just grab one and throw it away when we’re done. If we’re thirsty, we can just run into a store and grab a plastic water bottle then toss it when we don’t feel like carrying it any longer. In the grand scheme of things, these little throwaway items hardly seem like they’re having a horribly detrimental impact on the world around us – but it’s that exact thinking that has gotten us so deep into trouble.

Every year, we dump a total of 8.8 million tons of plastic into the world’s oceans. Not only is this a huge amount of debris to put in the oceans, but plastic also never truly disappears. It breaks down into smaller and smaller pieces over time, but just because it is smaller doesn’t make it less harmful to marine animals.

This heartbreaking photo from the Sea Turtle Conservancy shows exactly how even the smallest piece of plastic can cause undue damage to marine life. 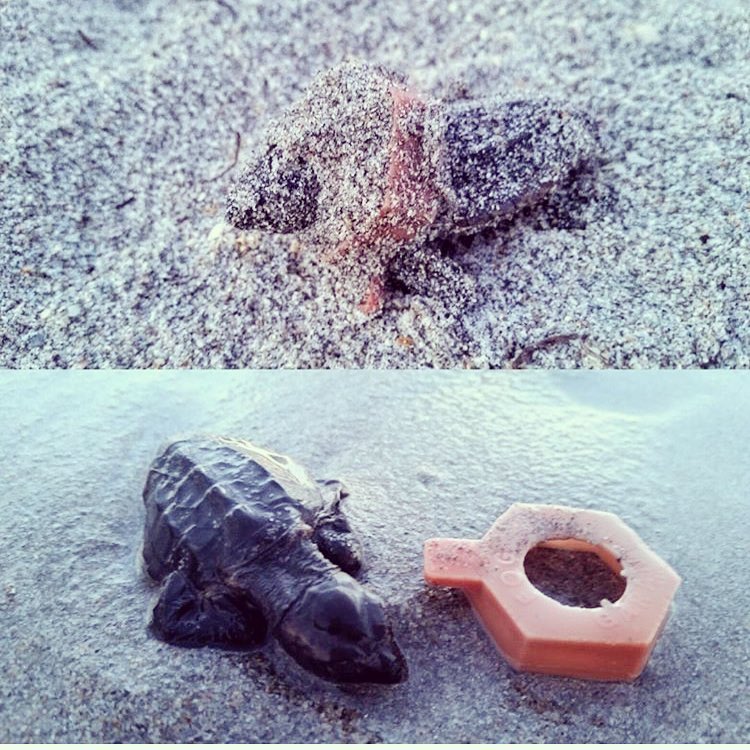 According to the Sea Turtle Conservancy’s post on Facebook, this little turtle was discovered on a beach shortly after hatching. This little one made his way out of the nest but unfortunately got caught in a tiny plastic ring. Volunteers believe he became exhausted after trying to walk with the weight of the plastic ring on his neck and eventually passed away.

This is an incredibly sad story considering the fact that nearly all sea turtle species are currently considered endangered. The poor little one in this photo is just one of thousands of marine animals that encounter plastic pollution every day and his fate is sadly the norm amongst marine life.

It is currently estimated that 700 marine species are in danger of extinction directly due to the threat that plastic poses to them in the form of ingestion, entanglement, and pollution. While this might seem like an extremely troubling statistic, the good news is we all have the power to help. Plastic pollution all starts with us so we can choose to either contribute to the continual distraction of the world’s oceans and marine species, or we can choose to end it.