Rescuing the Last of the Unicorns: How You Can Help Save the Endangered Deer No One Knows Exists 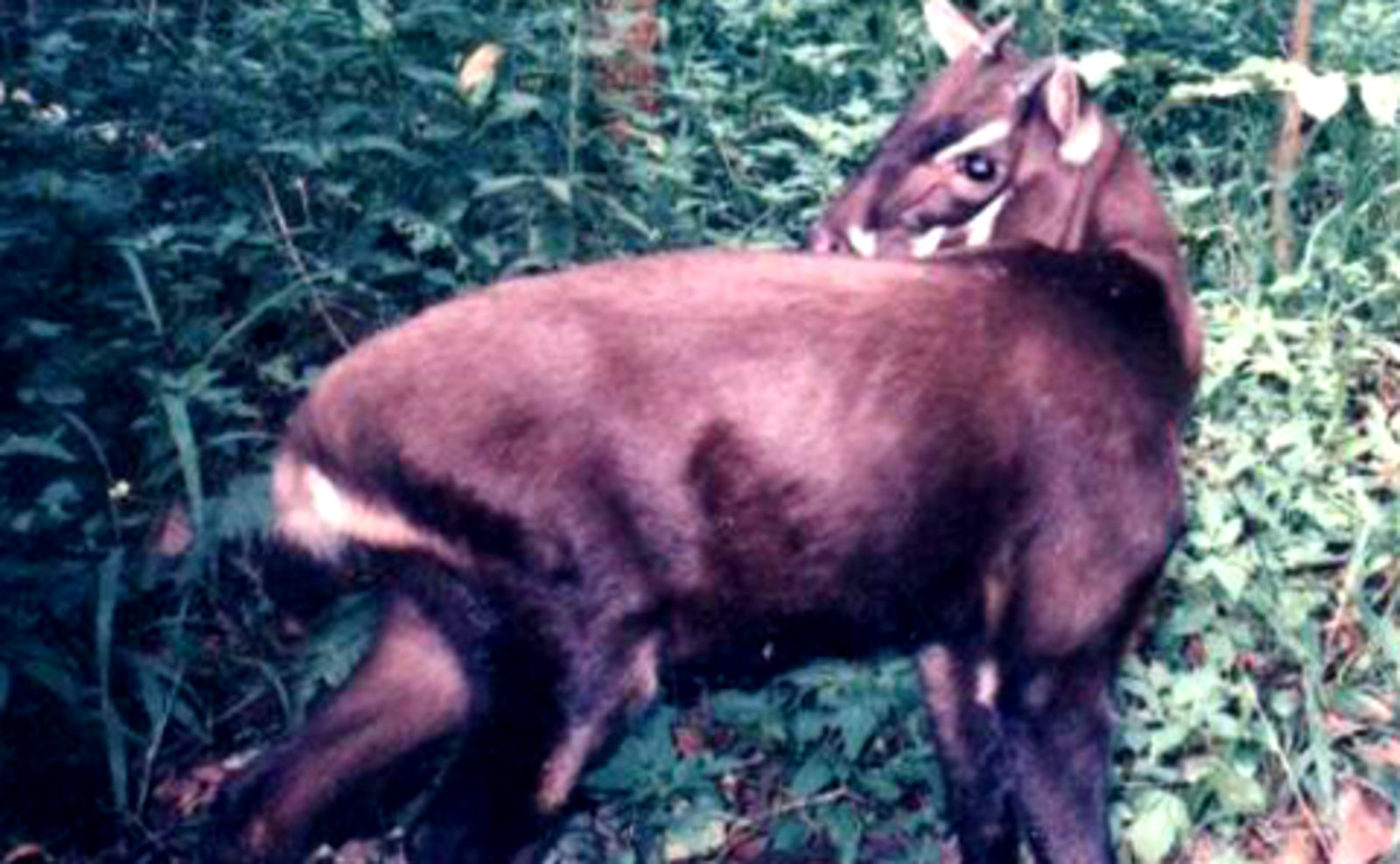 The critically endangered saola isn’t known as the “Asian unicorn” for nothing. A large, gentle forest-dwelling creature which exclusively roams the Annamite Mountains of Vietnam and Laos, the saola is as shy as it is rare – and without a drastic change of circumstances, it could go extinct in just 10 to 15 years.

Discovered just 24 years ago during a survey carried out by the Ministry of Forestry of Vietnam and WWF, the saola  has only been photographed a handful of times and has never been observed in the wild by a biologist. No zoos contain saola, either; none have survived captivity for long. Its elusive nature has made population estimates extremely difficult to pin down, but from what scientists do know about the species, things aren’t looking good for the saola. Only a few hundred, or perhaps even a few dozen, may be left. According to William Robichaud, Founding Coordinator of the Saola Working Group of IUCN and Saola Program Coordinator of Global Wildlife Conservation, “The saola may now be the most endangered large mammal in the world.”

Multiple obstacles stand between the saola and survival. While deforestation in the form of logging and encroaching human populations has contributed to habitat loss in the Annamite region, the primary threat the saola faces is poaching. Often caught as by-catch by hunters seeking other quarry (such as wild boar or muntjac deer), the saola has also been targeted as meat for food and for its horns. The saola are particularly vulnerable to hunting dogs and wire snares.

Another big problem for the saola is its own dwindling genetic pool. Due to its meager population and the way in which it is distributed – saola are thought to live in several small subpopulations scattered throughout the mountains – genetic inbreeding and lack of mating opportunities may be preventing the species from reproducing fast enough to combat extinction.

The situation is so dire, studies indicate that even if all saola hunting immediately ceased, it would not be enough to save the species without taking further conservation action.

Perhaps the greatest danger of all, however, is that of negligence. Despite being one of the most endangered species in the world, the saola simply doesn’t have the same media presence as, say, pandas or tigers. and the lack of attention means less funding for much-needed research and conservation efforts. Organizations like WWF-Vietnam and the Saola Conservation Fund have worked hard to improve the situation through education and direct efforts, including establishing preserves like the Vu Quang National Park to help protect the saola population. Since these efforts began in 2007, over 130,000 wire snares have been removed from protected lands, and as of 2015 at least 1,000 poaching and illegal logging camps had been dismantled by forest guards.

Yet the struggle continues. The poachers keep coming back, the loggers keep setting up new camps, and the saola’s numbers keep decreasing. Time hasn’t completely run out yet, however. If we act now, we may still be able to save the saola from extinction.

You can visit WWF-Vietnam’s “Save the Saola” campaign page to learn more about the organization and their cause, create an optional profile, spread awareness, and donate to the cause. (If you don’t speak Vietnamese, be sure to click the English language option in the upper right corner of the page!) Or, check out the Saola Working Group’s website to stay up-to-date with ongoing efforts and to donate to the Saola Conservation Fund.

Most importantly, spread the word! Conservation efforts thus far have been greatly restricted due to limited press and public support. Help the saola get the attention it deserves by sharing this article as well as links to the above organizations with friends, family, and anyone else willing to listen. If you’re artistically inclined, draw, paint, sing, or write about the saola and share your art and knowledge with the world. If you run your own business, consider donating part or all of your profits for a set period of time to the cause. Post flyers on notice boards, write posts on message boards, start petitions – whatever suits your communication style best. Speak up, and don’t be afraid to be loud about it.