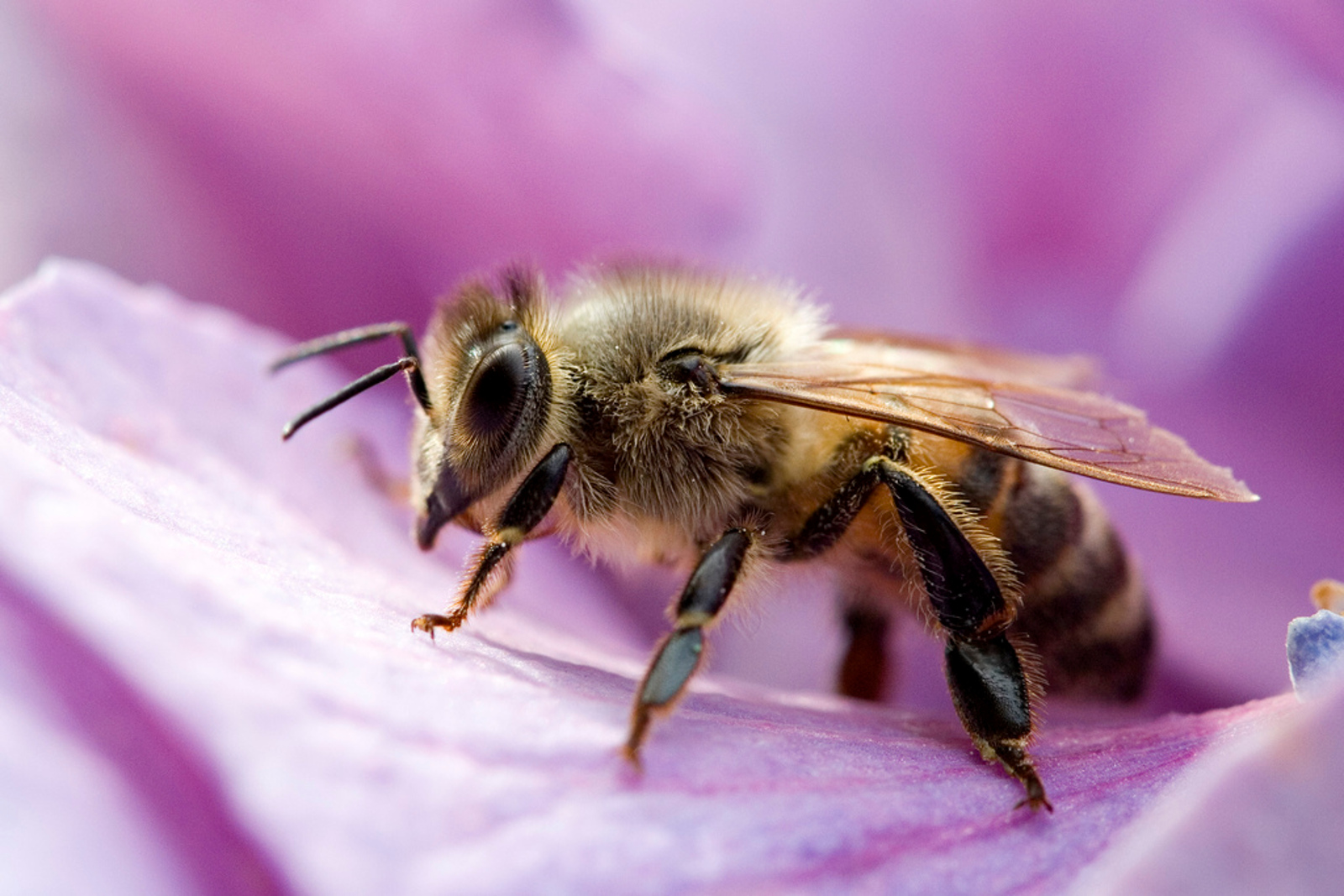 Albert Einstein is commonly credited with saying, “If the bees disappear from the face of the earth, man would only have four years left to live.”  While there is some doubt about the paternity of this sentence, the message is more current than ever.

As bees are currently suffering from one of the fastest rates of decline in the animal kingdom, the consequences of their disappearance would be nothing short of disastrous for humanity. In the past few decades, the population of bees in the U.S. has declined steadily by 30 percent each year, and global trends are not much more promising.

Through pollination, bees are responsible for one-third of the food we eat, globally. According to Achim Steiner, the executive director of the United Nations Environment Program (UNEP), “of the 100 crop species that provide 90 percent of the world’s food, over 70 are pollinated by bees.” Not only does their decline mean that the foods we enjoy on a daily basis could become more and more scarce, but a drop in agricultural productions also could impact many food raw materials such as corn, rice, and other grains, as well as fruits and vegetables.

What’s causing this, you may wonder? Here are three main reasons:

The bee’s decline can be linked to several natural causes. The varroa destructor, for instance, a mite that attacks both the adult and the brood, is responsible for the destruction of bee colonies as it feeds off adults and penetrates into the alveoli to attack larvae.

Bees also have, like any other species, predators that are participating in the decline of the bees. The famous Asian hornet, for instance, feeds mainly on domestic bees. On top of these direct attacks, the presence of the hornet around the hive causes stress among bees that can prevent them from coming out, and therefore, from feeding.  The small hive beetle, which is one-fourth of the length of a worker bee can also be an issue for beekeepers located in southern Africa or the southern US. This predator not only feeds on the wax, pollen, and honey, it also feeds on eggs the queen bee has just laid. Several wax worms are also considered pest as they eat cocoons, pollen and shed skins of bees and chew through beeswax. According to Sally Roth, their predation has already cost 55 million dollars to American beekeepers!

Finally, various bacterial, fungal, and viral diseases can affect the bees either by preventing the development of larvae or by impacting the physical and working capacities of the adult bees, thus reducing the chances for the hive to prosper.

While, like most animals, bees are threatened by natural elements, by and large, humans are driving the drop in bee numbers.

Just as agriculture has become an industrial endeavor, crop pollination has too. To ensure that crops are pollinated and go on to produce reliable yields for farmers, domestic bees are trucked from farm to farm to “do their job.”

Migratory beekeeping of two-third of domesticated bees, which represents 2.4 million colonies, enables the pollination of many staple cash crops, on prime example being almonds. It takes around 31 billion bees to pollinate 810,000 acres of almond trees in the San Joaquim county, California, that represents 80 percent of the almond trees population in the world and other strategic places in America. The journey not only causes significant stress to the bees, but it also enables exchange of viruses  and other diseases as they are usually transported by trucks.

Migratory beekeeping is thought to be one of the primary reasons why so many bees die every year. Indeed, on top of the spreading of viruses and diseases, this practice disrupts the natural rhythm of the colony and forces bees to gather pollen and nectar from one single crop, that does not provide them with all the nutrients they need. The migration also leads to situation of intense feeding, followed by long periods of starvation. This is not the healthy natural rhythm bees are designed to experience.

Pesticides are by far the most pressing threat facing bee populations, in particular, the use of neonicotinoid pesticides is causing mass-scale devastation. Neonicotinoids may have been created with the goal of wiping out undesirable insect species, but they do not discriminate between good insects and bad ones.

These pesticides are applied to 150 million acres of agricultural land annually and have been known to migrate across farms. This group of insecticides works by attacking the nervous system, in bees, this leads to extreme confusion and inability to navigate back to the hive. Neonicotinoids have been linked to colony collapse disorder.  From 2014 to 2015, 42 percent of U.S.bee colonies collapsed which is much more than the average rate of 31 percent. On top of colony collapse disaster, the exposure to neonicotinoids compromises the bees immune system making them more vulnerable to diseases, parasites or predators.

The impacts of the disappearance of the bees are highly varied and numerous and will impact most of the foods we are used to eating on a regular basis. Saving the bees is not only an ecological necessity but also mandatory for us!

To learn more about the problem, check out these resources on how you can help bees survive today!