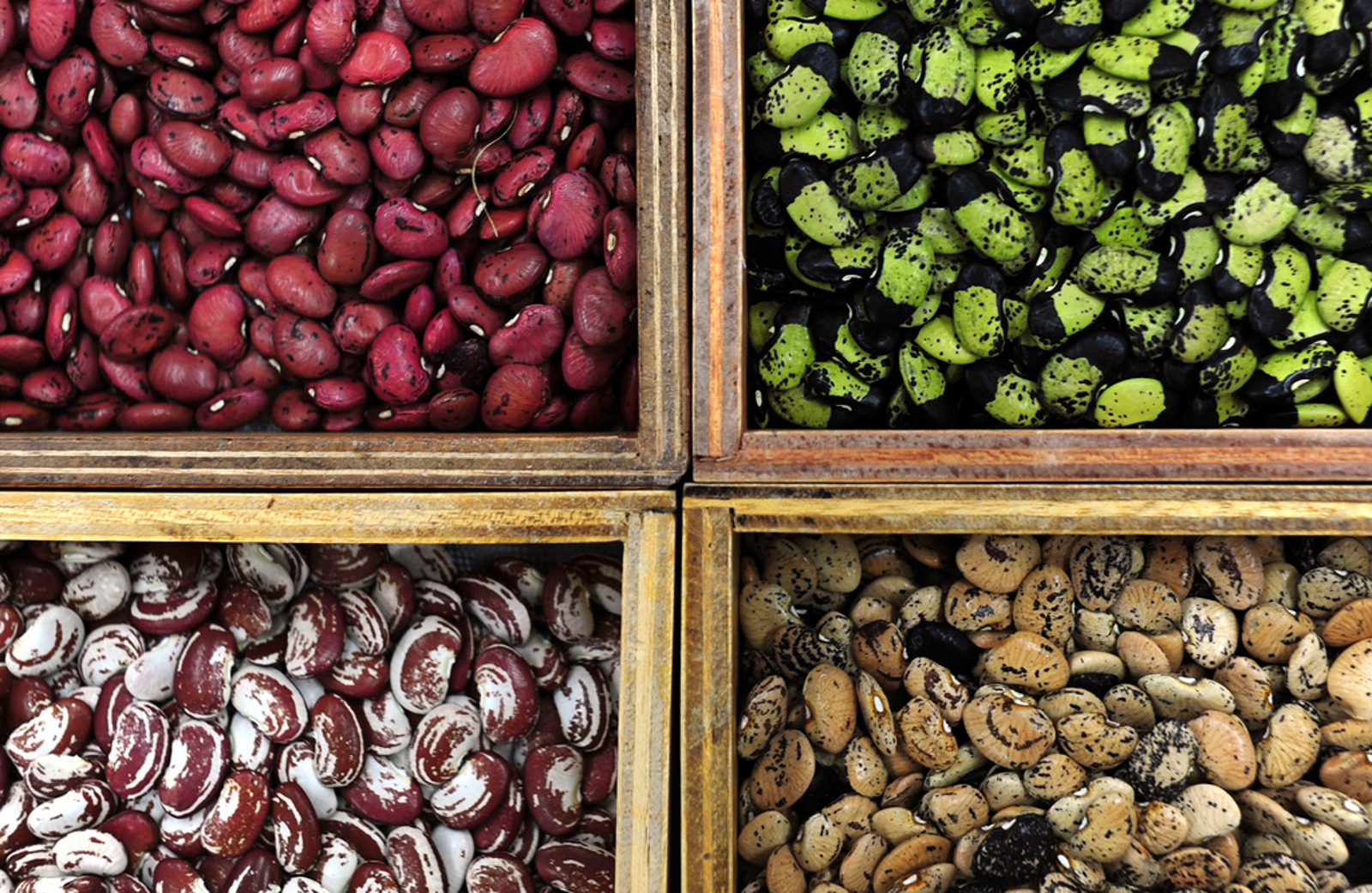 The furthest distance you can travel north on a scheduled flight is the island of Svalbard, located in a small archipelago above the Arctic Circle and part of the country of Norway. During the winter, the sun hangs low in the southern sky before finally dipping beneath the horizon, leaving the island in a perennial twilight for several months. Svalbard is home to the world’s northernmost city, Longyearbyen, and while otherwise unremarkable, the island has recently taken to the world stage due to a facility built back in 2008. If you were to approach this building at night, you might be somewhat startled by the appearance of what looked to be a luminescent crystal protruding from the side of a frozen mountain, it’s refracted light entwined with the sinuating colors of the aurora borealis overhead.  This is the Svalbard Global Seed Vault, or the “Doomsday Vault,” as it’s come to be known by some. Its construction was funded by the country of Norway with the sole purpose of preserving the seeds of various crops from around the world.

The Future of Crop Security

The idea of safeguarding the world’s supply of crop diversity is by no means a new one. Organizations and countries all around the world have been doing it for years; according to the UN Food and Agriculture Organization, there are currently around 1,700 Genebanks in different parts of the globe that store seeds from crops in case they go extinct.  With increased human development and the threat of rapid global warming, species all around the world are already going extinct at an alarming rate.  It may, therefore, be pivotal for the survival of our species to preserve as much diversity as we can. But there are several problems with the Genebanks we currently have, one of the biggest being that some of the most important ones are located in politically unstable regions, such as Colombia, Ethiopia, and Syria.

The Svalbard Global Seed Vault was built with the premise of centralizing the world’s supply of crop seeds in a place where they’d be safe from virtually any threat. The vault itself is located deep beneath a mountain, making it safe even from small asteroid impacts.  It’s also cold … very cold, and the permafrost around the vault never melts, which means the seeds are protected from the effects of climate change (at least for now), even if the power in the building fails, and the secluded location, far removed from political unrest, protects the vault from the destruction of war.

So, How Does it Work?

In order to store dormant seeds over long periods of time, they need to be frozen at subzero temperatures.  The seeds in the Svalbard vault are kept at -18°C, and the facility has the capacity to store up to 2.5 billion seeds for a thousand years. What’s even more incredible is that seeds can even remain viable for that long, but amazingly they can. There are scientific accounts of seeds germinating after lying dormant for thousands of years in less than perfect conditions. A sacred lotus was grown from a seed over a thousand years old, for example, after being excavated from a dried lake bed in China. Even more recently, an ancient date palm was grown from a 2,000-year-old seed found beneath the rubble of the ancient fortress of Masada, in Israel. 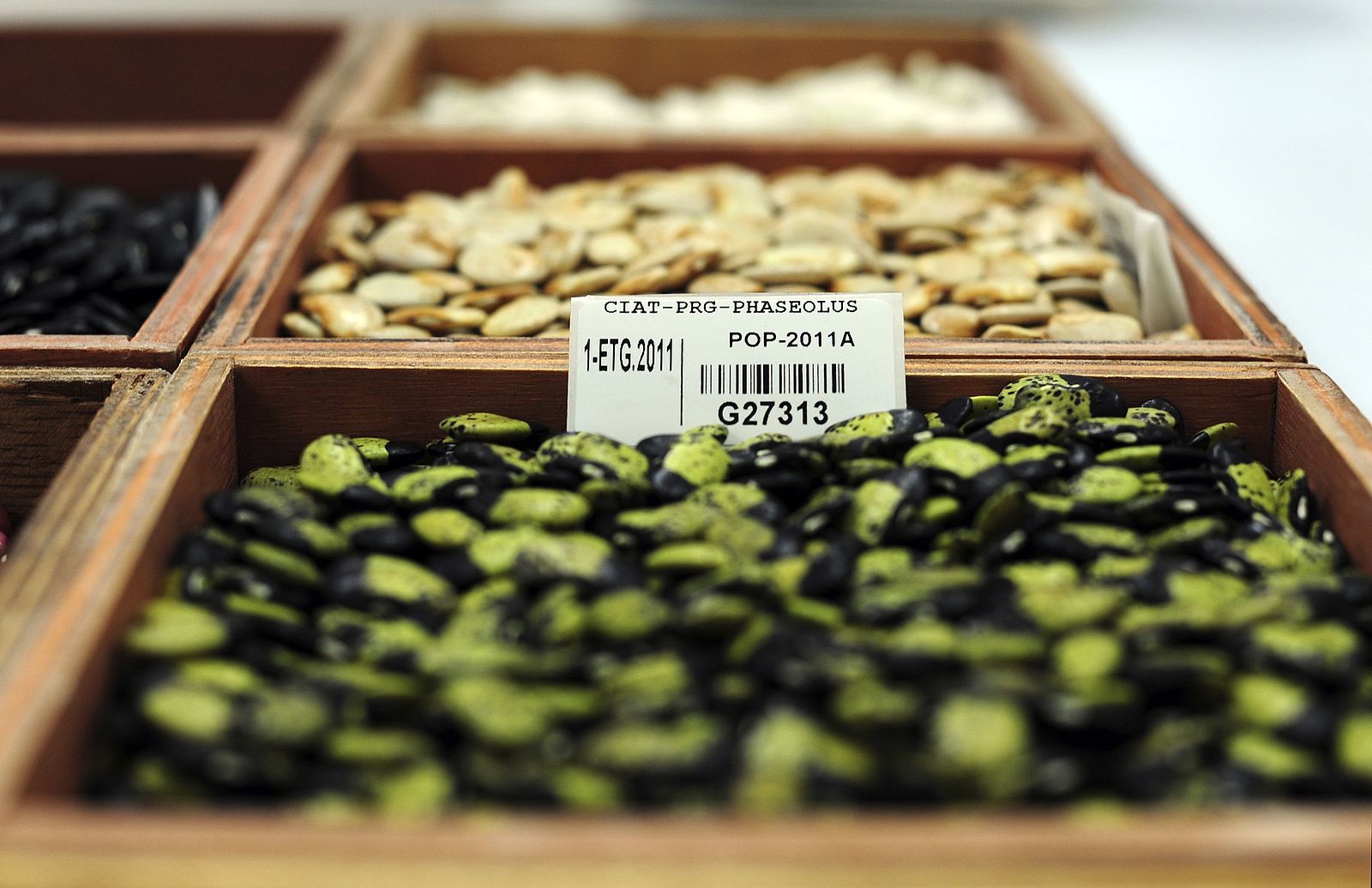 The vault is only ever meant to be opened in the event of a catastrophe that threatens the extinction of a plant, and while the vault was only just built eight years ago, there has unfortunately already been one extraction that occurred just last year.

The reason for the extraction wasn’t flooding or droughts or earthquakes, but rather an entirely man-made disaster: war. Due to the war in Syria, researchers from the International Center for Agricultural Research in Dry Areas were forced to abandon their research center in the city of Aleppo for fear of it being bombed, leaving behind their 135,000 varieties of crop plants. The researchers have relocated to the cities of Lebanon and Morocco, where the seeds that had been stored in the Arctic ice are now growing again.

What We Can do to Slow Species Extinction

As our planet becomes more and more imperiled by industrialization, deforestation, and war, it’s important now more than ever to safeguard the diversity we have, including that of our sources of food. If anything, the goal of the seed vault is not enough. Researchers are currently only storing the seeds of our crop varieties at Svalbard, which leaves literally hundreds of thousands of plants unaccounted for. The current extinction rate for both plants and animals is estimated to be 1,000 times higher than it was before humans were around, and we already know from previous research that high rates of species extinction could have a domino effect down the road, causing the breakdown of food chains and cutting the overall productivity of ecosystems nearly in half. So, while Svalbard is obviously a step in the right direction, it shouldn’t be seen as a panacea, but rather a last resort if all else fails.

The future of our global food security hinges on our ability to slow down the many factors that contribute to species extinction – plant and animal alike. While in the case of the extraction used in Syria, the cause of extinction was war, there is one enormous global industry that is rapidly driving deforestation and climate change that we do have a control over, animal agriculture.

The United Nations Food and Agriculture Organization (FAO) estimates that livestock production is responsible for 14.5 percent of global greenhouse gas emissions, while other organizations like the Worldwatch Institute have estimated it could be as much as 51 percent. And at current rates of production, 33 percent of global arable land is devoted to growing livestock feed and another 25 percent is set for grazing livestock. As the demand for animal agriculture increases, the amount of land needed to produce feed and graze livestock will need to increase – ultimately leading to further deforestation. It’s estimated that the world’s rainforests could disappear in the next 100 years if nothing is done to halt rampant deforestation, considering that animal agriculture is one of the largest causes of deforestation, the extinction of countless species may be driven by our food choices.

The positive in this, however, is that we can all play a role in reducing the impact of animal agriculture every time we sit down to eat.