We Only Use Them for a Minute, But Disposable Plastics Cause a Lifetime of Damage to Animals 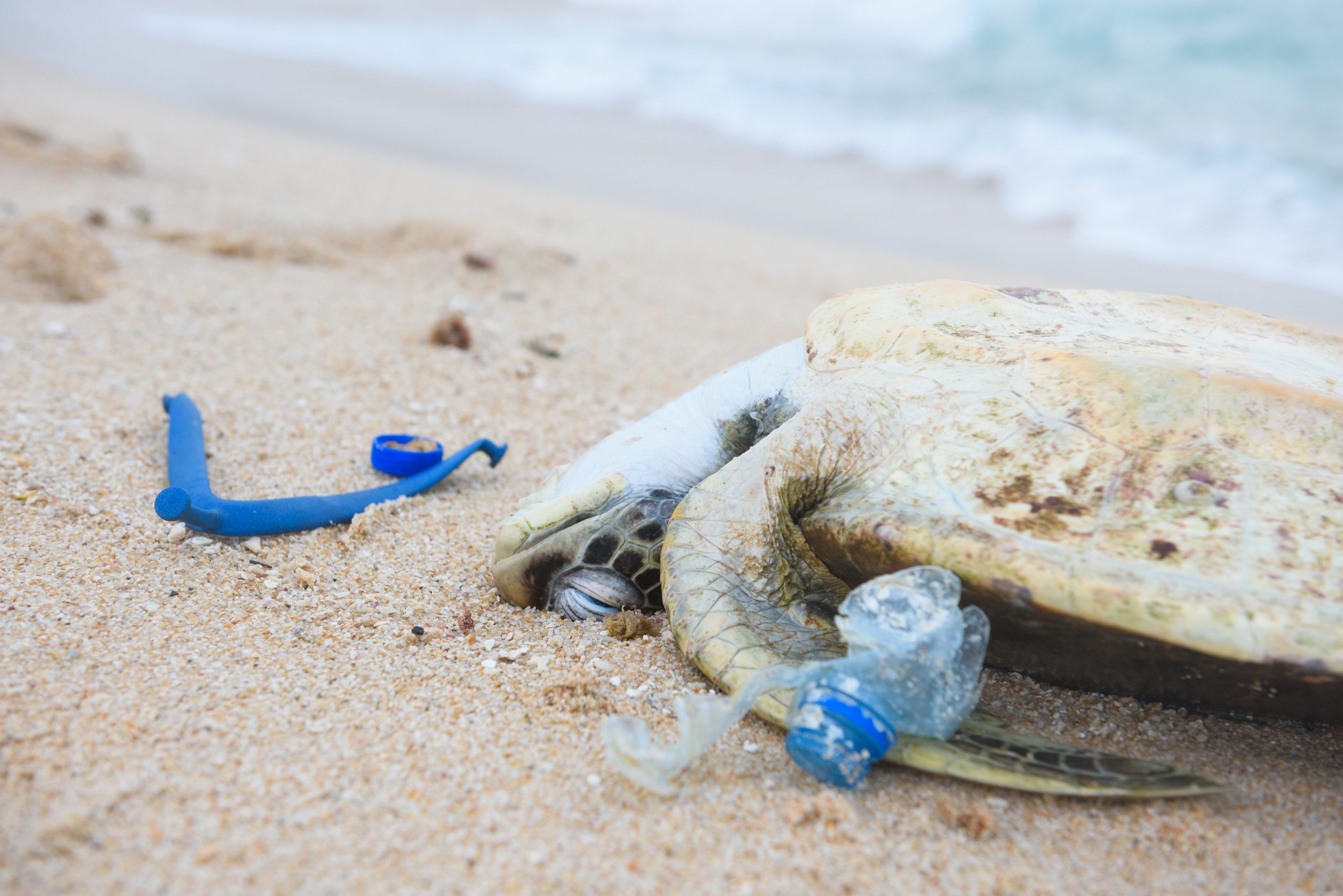 Each year, approximately 6.4 million tons of debris, trash, and litter find their way into our oceans, where eddies and currents carry them into 1 of 5 giant oceanic spirals, the landfills of the sea. These areas of convergence are called gyres, where slow-moving, concentric currents create circular vortexes hundreds of miles wide, formed by the planet’s wind patterns and rotation. If you were to travel to one of the largest, the Great Pacific Garbage Patch, you’d find yourself immersed in an assorted soup of microplastics up to 9 feet deep. Plastic is the main constituent of debris entering the ocean (60-80 percent), and because it’s virtually non-biodegradable, it never really goes away, not for hundreds of years.

Our Plastic Isn’t Just Being Dumped, it’s Being Eaten

While plastics don’t degrade easily, they are broken down by the sun into smaller pieces, which become trapped in oceanic gyres around the world. The photodegradation of plastic from the sun causes two main problems: toxic chemicals, such as bisphenol A (BPA), can leach into the ocean, potentially causing health problems in organisms with which it comes into contact. Additionally, the plastic, now conveniently reduced to small bite-sized chunks, can appear very appetizing to marine organisms that happen to be nearby. Scientists have recently attempted to estimate the number of birds and turtles that have ingested plastic at some point in their lives, and the numbers are staggering. According to one group’s estimate, approximately 90 percent of seabirds have ingested plastic, which is expected to go up to 99 percent by 2050. One of the authors relayed to the Huffington Post that she found a seabird with 200 pieces of plastic inside of it. The year before, it was estimated that about 50 percent of sea turtles have consumed plastic. There are only seven species of sea turtles, and six of them have been shown to consume debris, all of which are listed as either vulnerable or endangered by the IUCN.

Once ingested, plastic can have a number of harmful effects on marine animals. If the animal feels full with a belly stuffed with plastic, they can suffer from malnutrition, and relatively large amounts can block the digestive system, resulting in death. In 2008, for example, two sperm whales died from eating debris, which had likely been accumulating inside them for up to two years; one of them had a total of 162 pounds of trash clogging its stomach. If sharp objects are swallowed, these can additionally puncture regions of the gastrointestinal tract, causing internal bleeding and an inability to feed, such as when a broken DVD case ruptured the stomach of a 45-foot-long sei whale in 2014.

Turtles can be especially prone to damage induced by the ingestion of plastic, since even a small amount (relative to, say, the amount that might be consumed by a whale) can have a very large effect, and a study published in 2013 found that plastic consumption had effectively doubled in some turtles since 1985, likely due to an increase in production and the amount that gets littered in the ocean. But from a turtle’s perspective, these particles of refuse floating in the water column look like any other meal. Take leatherback turtles for example. The largest on Earth, this species can grow up to eight feet long or more and have a dark, speckled carapace that is softer and more flexible than that of other turtles. They live exclusively off of jellyfish and therefore often mistake plastic bags for their favorite meal.

What You Can do to Help

Every year, we use millions of tons of plastic, only some 85 percent of which gets recycled, according to the Ocean Recovery Alliance. You can help by choosing to recycle and trying plastic alternatives when possible.