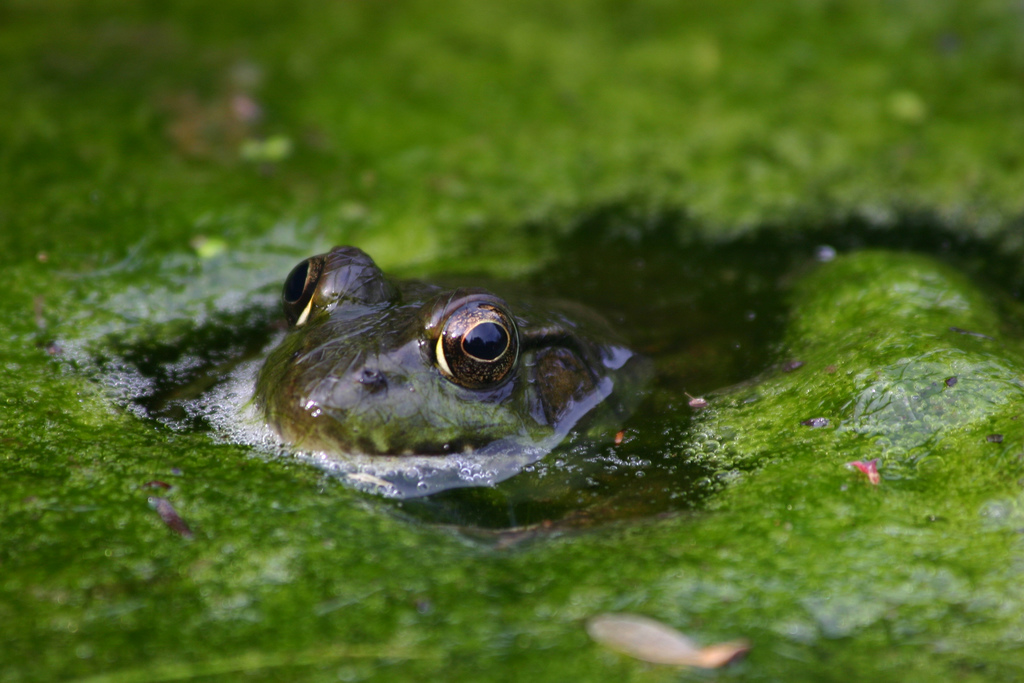 There’s nothing like a trip to the lake. It’s a favorite pastime for many that’s filled with happy memories of lounging on the beach, going for a swim with your friends, or paddling a canoe along the shoreline. It’s a place to relax and enjoy everything nature has to offer, whether it’s in the middle of a bustling urban area surrounded by condos or a quiet town dotted with quaint cabins.

But lakes aren’t here just to provide humans a place for fun and relaxation — they serve an important role in the planet’s ecosystems by providing a home to aquatic species, and by serving as a water and food source for wildlife. Sadly, our actions are causing mass pollution of our lakes, threatening vegetation and aquatic life, and the animals who rely on freshwater sources for survival.

Pollution from plastic and other solid waste is part of the problem, but chemicals from household products, fertilizer, and even road salt are also contaminating our lakes, causing high levels of bacteria and nutrients, depleting oxygen levels, and posing a threat to aquatic species, wildlife and even humans.

Fertilizer, Pesticides and Other Chemical Waste 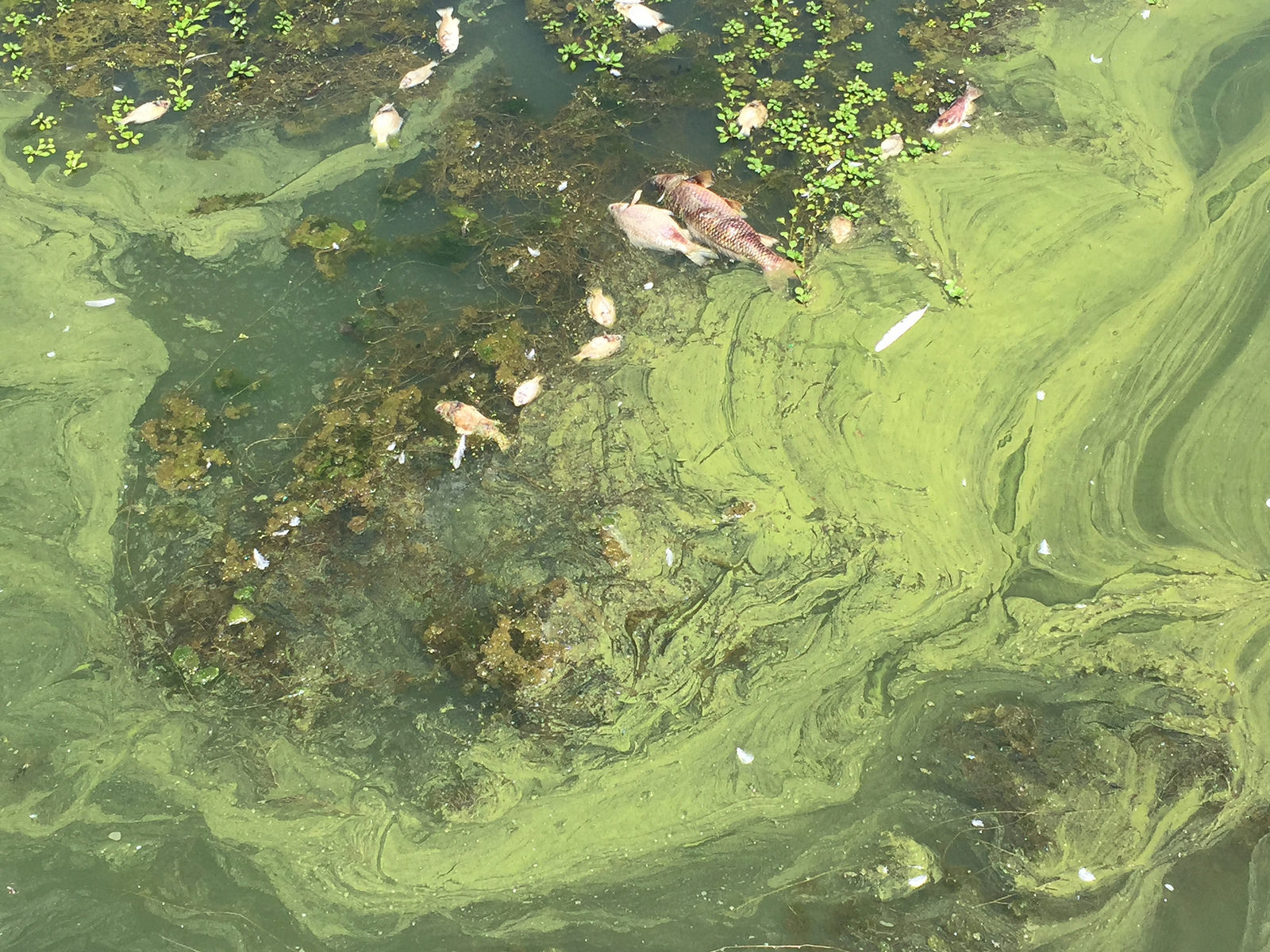 Around 75 million pounds of pesticides and 22 million tons of fertilizer are being used in the U.S. annually. Agricultural practices are primarily responsible for these high numbers, but the quest for the perfect green lawn has resulted in stores stockpiling lawn chemicals as well.

When nitrogen and phosphorous from fertilizer enters lakes, it stimulates the growth of algae and aquatic plants, which can eventually suffocate lakes and result in “dead zones” where aquatic life is unable to thrive due to a lack of oxygen in the water.

In 2010, the EPA conducted a survey of 50,000 lakes in the U.S. and found that 20 percent showed evidence of pollution from nitrogen and phosphorus. Only about 50 percent of fertilizers are actually taken up by the crops themselves. The rest end up somewhere else, like waterways… A 2012 study found that 35 percent of lakes had excess nitrogen and 40 percent had excess phosphorous, affecting the biological condition of 31 percent of the lakes studied.

In the case of pesticides, the results aren’t much less bleak. The U.S. applies over one billion pounds of pesticides to crops a year, meaning there is an enormous potential for these chemicals to escape into the environment. Atrazine, the most widely used pesticide in the United States, has been shown to cause sexual abnormalities in frogs. Atrazine is not water-soluble, meaning when it rains, it can easily wash off crop fields and into surrounding watersheds without breaking down.

Between 70 and 80 million pounds of pesticides are sprayed on home lawns, trees, and shrubs per year in the United States. Among these pesticides are chemicals including organophosphate and carbamates that are fat-soluble – allowing them to be quickly transmitted throughout the body. Dogs and cats are exposed to these chemicals from walking on lawns then licking contaminated fur. Some animals may even eat grass or shrubs that have been coated. Lawn pesticides have been linked to cancer in pets, nervous system disruption, respiratory failure, and serious digestive problems. Even if you don’t use these chemicals on your lawn, the run-off from neighboring lawns can also pose a threat.

Cleaning supplies, personal care products, and prescription medications, which are unable to be filtered by water treatment plants, also have a harmful impact on lakes. Tests of water from Lake Michigan, for example, found evidence of 27 chemicals including caffeine, antibiotics, triclosan (an antibacterial compound used in soaps and toothpaste), and oral diabetic medication called Metformin.

The EPA has identified pharmaceuticals and personal care products (PPCPs) as “emerging contaminants of concern” for fish. In the early 2000s, the EPA started studying the presence of PPCPs in groundwater and surface water. Usually, these chemicals are diluted and spread throughout a body of water, so marine animals aren’t typically exposed to high levels of chemicals – but the catch is, many will bioaccumulate in animals’ tissues. Basically, this means that as the toxins get passed up the food chain, they become more potent.

At a high enough concentration, these chemicals can cause endocrine system disruption in fish. This can lead to reproductive and behavioral disorders, a compromised immune system, neurological problems, and even cancer. This can damage an entire ecosystem, and if humans eat these fish directly, it doesn’t bode well for them either…

Road Salt and Other Winter Toxins 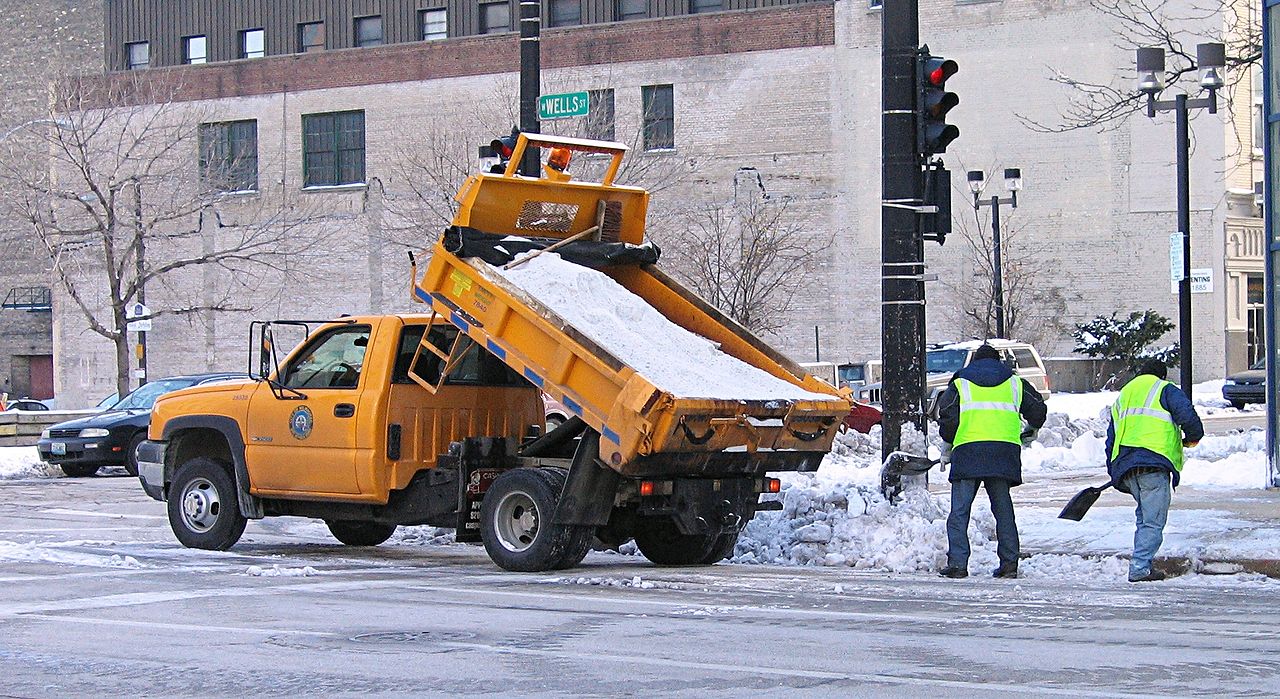 Road salt (calcium chloride) is used to melt ice on roads, sidewalks, driveways, and parking lots during the winter. Approximately 22 million tons of salt is being used in the U.S. annually, and while it’s important to keep travelers safe, we also need to consider the short- and long-term effects of road salt.

The Cary Institute of Ecosystem Studies conducted a study of 371 freshwater lakes, primarily in the North American Lakes Region, to analyze chloride levels. The research concluded that “44 percent of lakes sampled in these regions [are] undergoing long-term salinization,” meaning salt levels are rising in these lakes. This process can result in low oxygen levels, making it harder for aquatic species to survive.

A five-year study on the effects of road salt by Environmental Canada resulted in it being listed as a toxic substance due to the damage it was causing to animals, aquatic life, and the environment. They’re now working on ways to reduce the use of road salt across the country.

The banning of triclosan and other toxins in soaps and washes, along with microbeads being phased out of use, is a step in the right direction to help keep our waters clean and protect aquatic life.

Cities in the U.S. and Canada have been experimenting with road salt alternatives like sugar beet juice, cheese brine and even pickle juice to help prevent icy conditions on roads and walkways. There are, unfortunately, environmental impacts associated with these methods, but the fact that cities are working to find more eco-friendly alternatives is promising.

Here Are a Few things You Can Do to Help: