Why We Need to Respect Shared Water Resources: Environmental Issues are People Issues Too 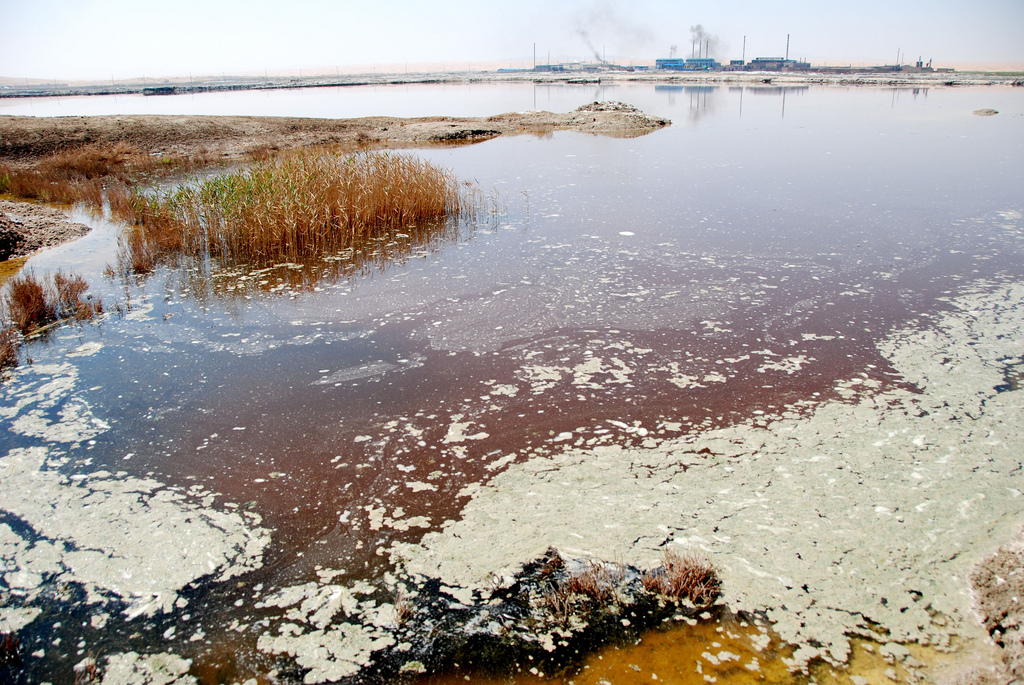 Water: each and every one of us need it to survive. For something having this much value, you would think our earth’s water supplies would be untouched, safe, and protected. Yet what we find when we look closely is the opposite. It is true that many parts of the world face major challenges due to limited freshwater availability; however, it is also true that a significant amount of the limited freshwater resources in the world are contaminated by pollutants from industry, farming, energy generation, and other human activities. The Mississippi River, for example, carries an estimated 1.5 million metric tons of nitrogen pollution into the Gulf of Mexico each year, creating a “dead zone” in the Gulf each summer nearly the size of New Jersey. In the U.S. alone, approximately 40 percent of the lakes are too polluted for fishing, swimming, or aquatic life. The U.S. also allows 1.2 trillion gallons of untreated stormwater, industrial waste, and untreated sewage into water sources.

When inhabitants must rely on only one water source, water pollution can greatly affect their lives in negative ways. African countries suffer from this issue, especially in the urban and rural areas. Dar es Salaam, Tanzania is a perfect illustration of this. With a rapidly growing population, its water supply is already strained and worsening day by day. Additionally, the prevalence of infectious disease continuously increases as solid wastes are emptied into the Msimbazi River.

Inhabitants living in places without multiple water sources will travel for miles to obtain water for their family from only one well. When these wells are not regularly maintained and properly examined – which is how most wells are in African countries – disease-causing microorganisms are common as well as toxic chemical exposure. If people are asked if they would drink water that is contaminated with heavy metals from improperly maintained septic tanks that leak or run-off from industrial plants, most would strongly decline. But when people aren’t given a choice, they must sacrifice their health out of desperation. In Brazzaville, Congo, the water supply is extremely contaminated. The Congo is said to have the lowest life expectancy is the lowest in Africa, and the list of health and sanitation issues in the region only continues to grow.

Regions on the Coast

With coastal regions being close to places where sewer channels merge to dump waste water int the ocean, they are prime targets to the damaging effects that come with water pollution. It is possible that coastal regions are ports where chemical-leaking ships and oil spills attract. Most of us who have visited a beach have witnessed how ocean tides bring physical debris such as plastic wrappers, cups, and fecal matter to the coast. Because major cities are often on or near the coast, industrial waste from the city will gravitate towards the coastal waters, bringing along pathogenic microorganisms, heavy metal, toxic chemicals such as PCBs (polychlorinated biphenyls) and litter with it. The Riachuelo Basin in Argentina takes the cake for the worst combination of polluters when it comes to pollution that negatively impacts health and life expectancy, as it is lined by nearly 4,000 factories, 42 garbage dumps, and 13 slums.

On the other hand, Citrus River in Indonesia is one of the world’s most polluted rivers. A shocking 5 million people reside in its basin as well, and depends on it as their primary water supply.

When talking about water pollution, we can’t forget to mention the North Pacific gyre… You know, the trash dump twice the size of Texas just floating out in the middle of the Pacific? Yeah, that one. Some refer to it as the Pacific Trash Vortex, where high levels of microscopic plastics, toxins, and chemical sludge live. The Pacific currents rotate the trash, and trap it in this region.

Another tragedy to acknowledge is Lake Karachay in Russia, which was named the most polluted place on Earth. Why? Because of years of nuclear dumping. It’s been said that if you have just one hour of exposure, it’s lethal.

Down-River From a City

Toxic runoff is a common concern for areas downstream from a major city. All of the harmful waste that gets dumped into a river is typically carried to a town that can be only miles away. Howeve,r this does not mean upstream cities are not at risk as well. When upstream cities are in contact with sewage that carries disease-causing bacteria. Scientists measure the amount of a kind of bacteria called Enterococcus in waste. Enterococcus is found in animal and human feces, and is considered a proxy for measuring the presence of other disease-causing, pathogenic bacteria.

Vapi, India, which is located at the end of an extensive line of industrial complexes that stretch for hundreds of miles upriver, attracts high levels of mercury. Just to give you an idea of how much higher, mercury levels in this water supply which locals depend on is 96 percent higher than what is considered safe.

When talking about water security and water pollution, it’s critical to address poverty. The Flint, Michigan water crisis is a perfect example of why, where many advocates agreed that the city was neglected because it is mostly black and about 40 percent poor. People who suffer from poverty can’t afford alternative sources of water; and without the education to know the dangers of bad water, they expose themselves, their families (even worse, vulnerable fetuses and children) to toxic chemicals. In another example in India, the Yamuna River takes roughly 60 percent of Delhi’s waste. Residents who can’t afford to relocate or buy purified water must rely on this water for drinking and bathing.

While impoverished people may lack the political representation that is needed to enforce policies and change laws that will protect them, you may not lack this knowledge and ability. Use what you have to stand up for what is right!

Experiment with crafting petitions, writing on social media, and connecting with an activist-group who will stand with you (there are strength in numbers). To reduce water pollution, stay away from products with chemicals. Make sure your lawn is pesticide-free, and talk to the decision makers in your local community to change your entire town or city. When it comes to household products, something as simple as dish soap can contain thousands of chemicals just in the fragrance. Switch your products over to green products with a small ingredients list. Low ecotoxicity means low chances of causing negative health impacts, too.

Lastly, your diet. Water polluted with agricultural run-off can destroy whole ecosystems and be toxic, if not lethal to humans and animals alike. Incorporate more plant-based foods into your diet that are local and organic to support a healthy and thriving ecosystem, free from water pollution. To learn more about how you can help conserve and protect water with your food choices, check out One Green Planet’s #EatForThePlanet movement.