10 Great Reasons Why Local, Organic Food is the Best Choice for Everyone 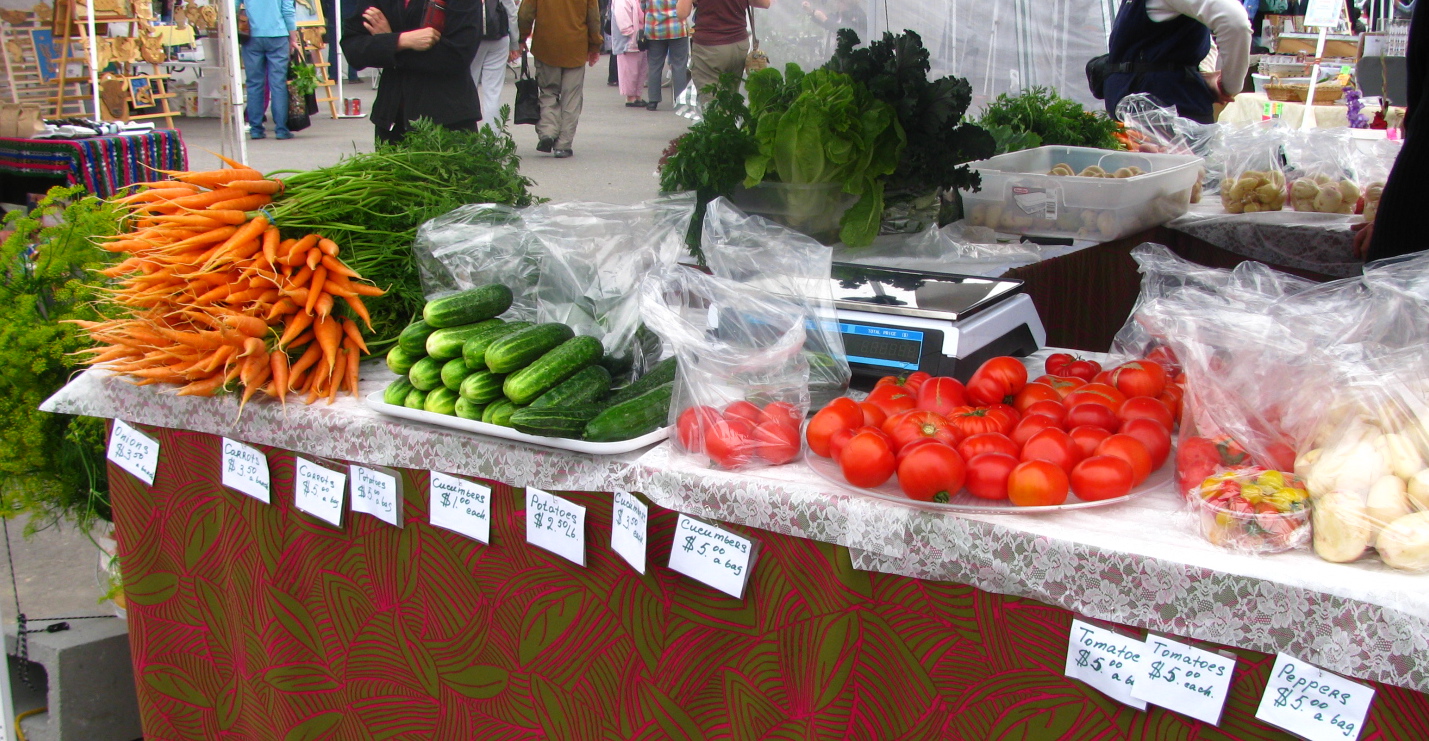 Organic this, organic that — there has been a lot of attention given to organic farming and agriculture in the past few years. And rightfully so. The USDA defines organic agriculture as “products using methods that preserve the environment and avoid most synthetic materials, such as pesticides and antibiotics.” Yet the term itself, “organic,” has become a buzzword for health. This health relates to and encompasses the wellness of consumers, producers, farmland, general environment, local communities, and local economies. While there are many reasons (and a great deal of literature out there!) to chose local, organic food, read on for a list of 10 compelling reasons why you should stop by your local farmer’s market more often.

When grown locally, crops are picked at their peak of ripeness. On the other hand, when grown conventionally, crops are harvested early in order to be shipped and distributed to retail stores. However, local organic crops endure a shorter time between harvest and table, so it is less likely that the crop’s nutrient value is compromised. For instance, phytochemicals such as antioxidants, vitamins, and minerals can be lost during the processing and transport of conventionally grown crops. Moreover, local, organic food is in its natural, pure state. No artificial chemical additives or chemically manipulated produce!

Money spent with local farmers and growers stays close to home and will most likely be reinvested with other businesses and services within your community. Rather than sending money out to large corporate retail stores, try to keep your money in your local economy by shopping at farmer’s markets. By keeping funds within your community, you can help maintain jobs on the local level rather than benefitting centralized corporations.

According to the United Nations Food and Agriculture Organization, more than 75 percent of agricultural genetic diversity was lost in the 20th century. Often times, smaller local farms grow many different varieties of crops and rotate them to provide a long harvest season. On the other hand, conventional farming practices consist of mono-cropping with limited plant varieties. Thus, there is an absolute need for small, biodiverse farms to preserve food heritage.

Choosing local and organic food connects you to your community land through the awesome farmers who grow your food! Also, purchasing from local sources allows you to have a direct, proactive role as a consumer. Not to mention, farmers markets on a nice bright morning are great places to people watch and enjoy the company of other community members.

Big agriculture models of food production can result in harmful effects to the environment including soil destruction and erosion, chemical run-off into water systems, and development of weeds and bugs resistant to herbicides and pesticides. Rather than these detrimental effects, local, organic farming does not rely on synthetic or petroleum-based pesticides or fertilizers. Thus, there is less water and soil contamination due to any run-off of these chemicals. Well-managed and maintained healthy farms conserve fertile soil and leave clean water in communities. Such farms may also serve as a habitat for certain wildlife. Everyone wins.

Local, organic food travels fewer miles to land deliciously on your plate — approximately within a 100 to 225 mile radius. The food on display in your grocery store, however, travels much farther — approximately 13,000 more miles farther. More travel time equates to more energy and gasoline used. One staggering statistic shows that it takes 435 fossil-fuel calories to fly a 5 calorie strawberry from Calif. to N.Y. Buying local will save these energy costs and valuable non-renewable resources.

The importance of food security is becoming much greater. A growing world food crisis is emerging due to continued population growth and increased use and consumption of biofuels. Poor communities are the most vulnerable to rising food prices and shortages, possibly creating food deserts. The development of local, organic farms can enhance food security by providing communities and neighborhoods with fresh produce.  Improving food security goes hand-in-hand with supporting local economies.

With less steps between getting your food on your plate, there is a lowered risk of food contamination. Safety issues occur at harvesting, washing, shipping, and distribution of conventionally grown food. Getting local, organic food from the farm to your plate requires less steps along the way, thus reducing food safety risks!

According to the U.S. Bureau of Labor Statistics, careers in conventional farming are on the decline. However, smaller farming market niches are experiencing more success and profits. And, it’s cheaper to become involved in local, organic farming too! Local, organic producers face a lower initial investment since there is no need for massive amounts of expensive chemical fertilizers, pesticides, and genetically-modified seed stock. Next time you’re at the farmers’ market, be sure to thank your farmers!

If you think these 10 reasons why to choose local, organic food are great (hint: they are), then check to see if your community has a local Slow Food chapter! Slow Food USA is an organization, part of a global Slow Food network of over 150,000 members in more than 150 countries. Slow Food stands for a better, cleaner, and fairer world by emphasizing that daily food choices determine the future of the world’s environment, economy, and society. Their mission is good, clean, and fair food for all. This entails that food should be tasty, seasonal, local, fresh, and wholesome, while nourishing  a healthful lifestyle and produced in ways that preserve biodiversity, sustainability, and ensure animal welfare without harming human health. In the United States, Slow Food has 170 local chapters and 40 university campus chapters that coordinate local activities, projects, and events.