This Might Look Like a Picture of a Whale Breaching, But it Tells a Sad Story About Our Food Choices 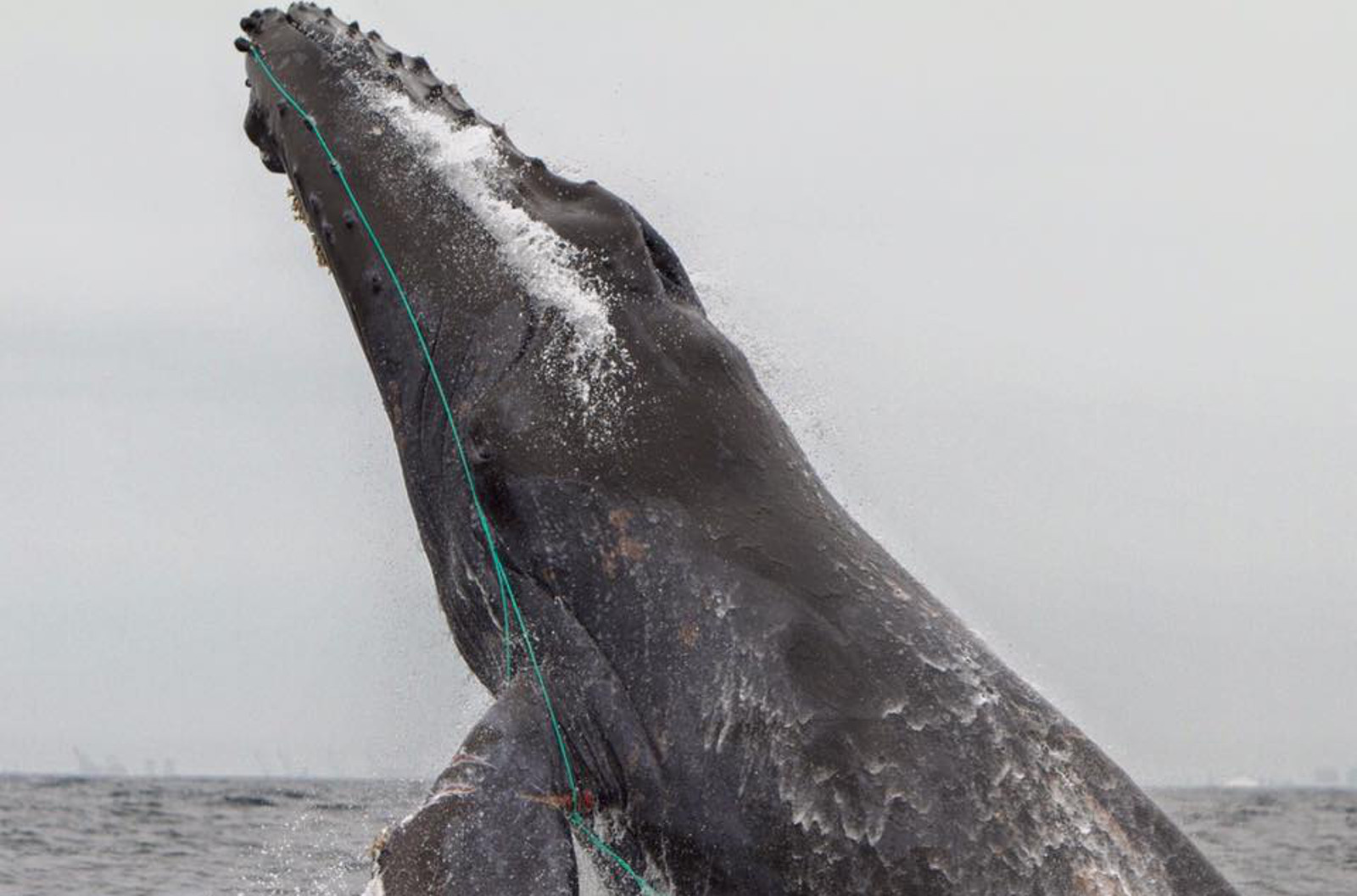 From the viewpoint of land, the ocean seems like a vast and impenetrable resource but we are being faced with the harsh reality that this is no longer the case. According to a study conducted and published by the UN Food and Agriculture Organization, 80 percent of global fish stocks are “fully- to over-exploited, depleted, or in a state of collapse.” Also, about 90 percent of large predatory fish stocks (sharks, swordfish, and bluefin tuna) have been diminished since the 1950s. The phrase “there are plenty of fish in the sea,” is quickly becoming untrue thanks to our insatiable appetite for fish and scientists estimate that the world’s fish stocks are set to collapse by 2025.

While this is devastating news for fish populations typically targeted by commercial fisheries, it is equally damaging to other marine animals who get caught in nets as “bycatch.” As fish stocks become more and more sparse, fisheries are turning to highly aggressive methods and employing nets that can pick up anything and everything in their view. This means that sea turtles, dolphins, seals, and even massive whales can get caught up and killed by nets just as readily as other fish.

This might just look like a picture of a whale breaching, but if you look closer, you can see a net twisted around this giant animal’s head. 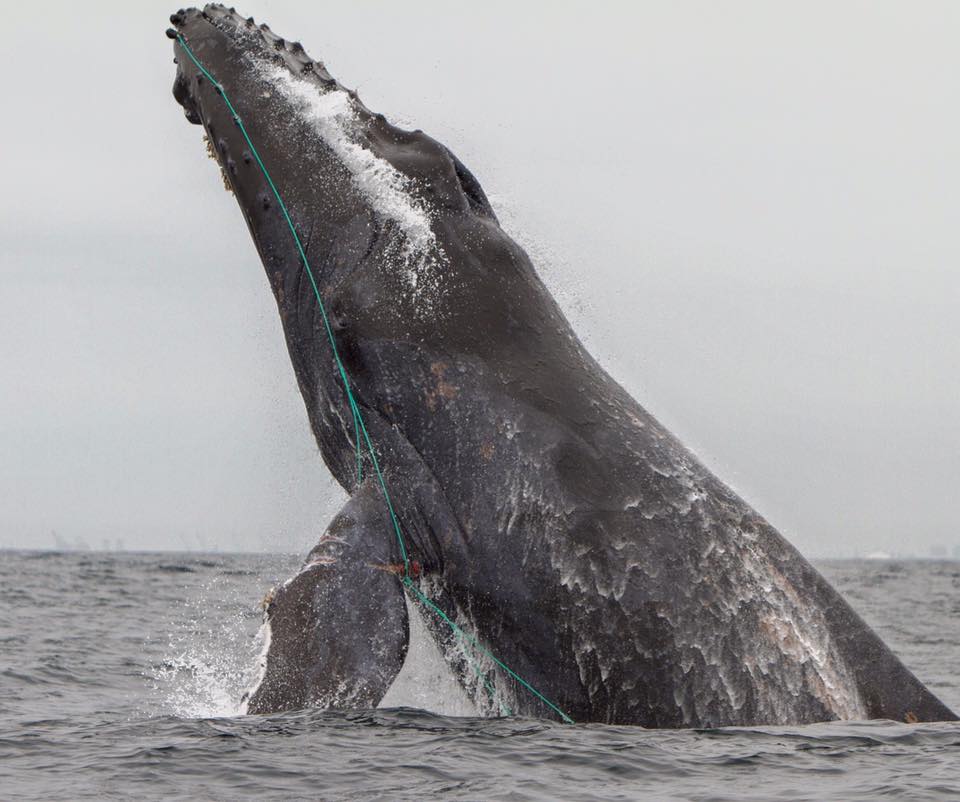 Newport Coastal Adventure shared this photo on Facebook, explaining that the whale was found with a net wrapped around his mouth and fins. The crew kept an eye on the whale for four hours while waiting for help to arrive, but they didn’t manage to free the whale completely, they are hopeful the whale will be free soon, however.

Unfortunately, most marine animals are not as lucky as this whale and never get saved from nets. It is estimated that around 40 percent of global fish catches are made up of bycatch, a fact that spells disaster for already struggling species. A recent study found that the risk of extinction for marine life has increased by 20 to 25 percent, all because of threats like overfishing, pollution, and climate change. If we don’t act fast, the oceans stand to be completely empty within our lifetimes.

The depletion of the world’s fish stocks starts with consumer demand, so a simple act we can all take is to stop consuming seafood or at the very least reduce our consumption. The average person can save 225 fish and 151 shellfish a year by not eating seafood. While this might not seem like a lot, when you combine the number of people in the U.S. – let alone the world, that totals out to a huge number.

Considering oceans provide us with 70 percent of our oxygen and help regulate global temperatures, it is vitally important that we keep these ecosystems healthy. Only a small portion of the world’s population relies on fish as their primary source of protein, yet the U.S. is one of the largest importers of seafood. Given the impending collapse of fish stocks, there is a clear imbalance happening here. We can help to right this problem with one simple choice. Our future depends on the future of the ocean, to learn more about how you can use your food choices for the better, join One Green Planet’s #EatForThePlanet campaign.