If These Two Ferrets and Their Adopted Rescue Kitten Can get Along, Why Can’t we?

As animal lovers, we love all animal species equally. Turns out, some animals share our unequivocal love for animals, too! We’ve seen animals of all species set aside their differences and befriend animals that not only look different from them, but are traditionally considered the enemy or prey of their species. Every time we see a story like this, it reminds us that friendship knows no bounds … frankly, we love it!

This example of an amazing interspecies friendship comes in the form of a cat and two ferrets. Ned, the cat, was brought into a home with two ferret siblings when he was only a kitten. His guardian, Reddit user Mallinds, was a bit apprehensive about introducing the kitten to the ferrets, but soon learned there was nothing to fear.

The ferrets immediately accepted Ned as their own … oh, the tickle fights that ensued… 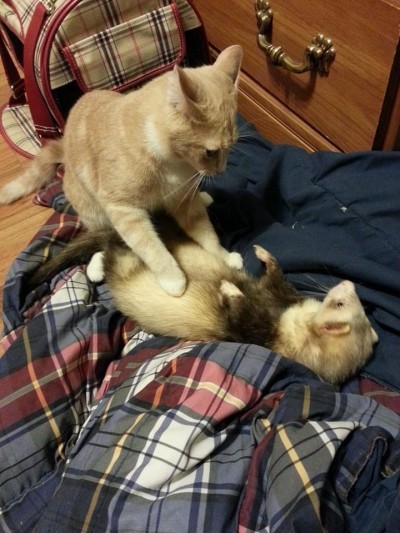 Soon, the ferrets and the kitten were inseparable – not to mention near indistinguishable. 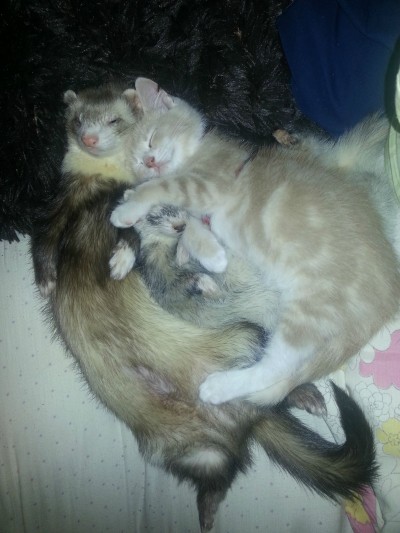 We think this is what people mean when they say “fur ball.” 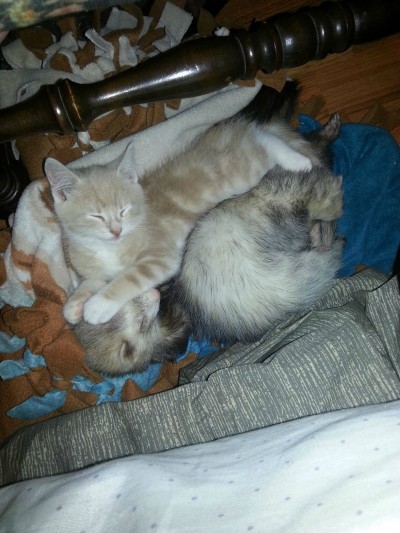 Love bites all around! 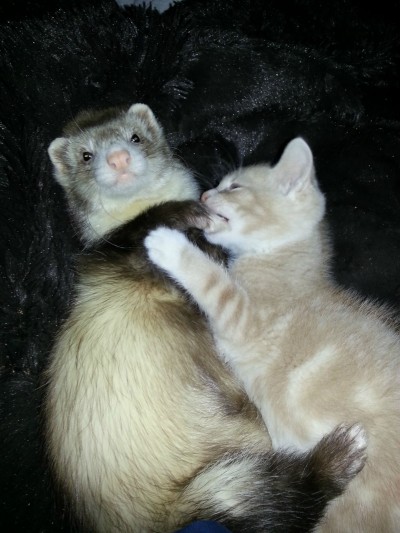 The relationship between Ned and the ferrets certainly resembles a sibling dynamic. 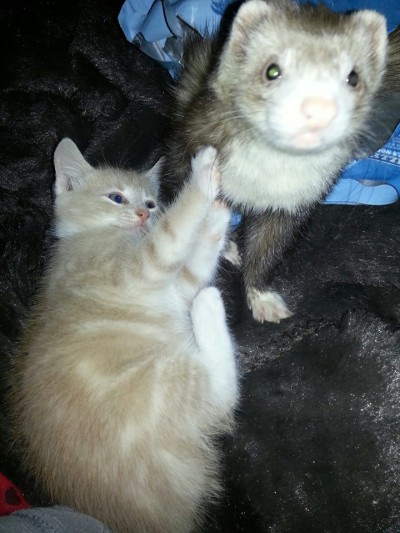 They might pester one another from time to time, but it’s all love in the end! 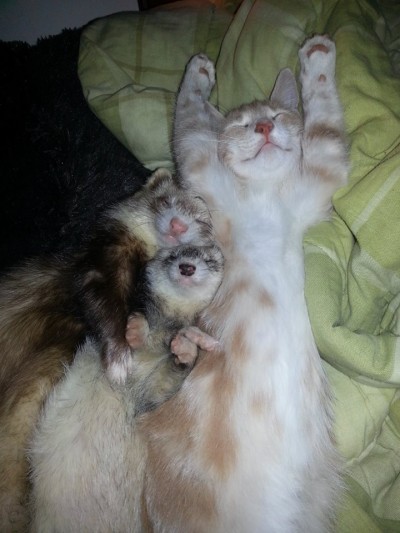 Anyone else tempted to start singing “Time After Time” ? Maybe it’s just us … 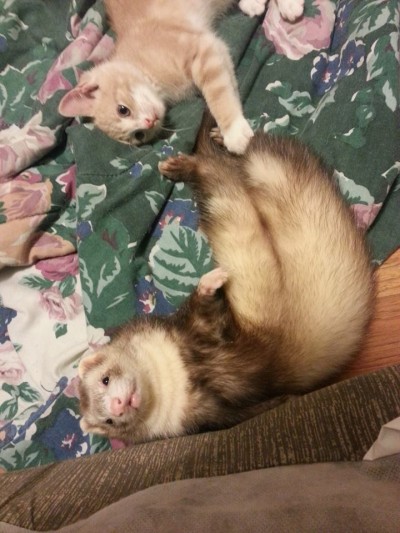 Ned! Are you hiding your brother again? 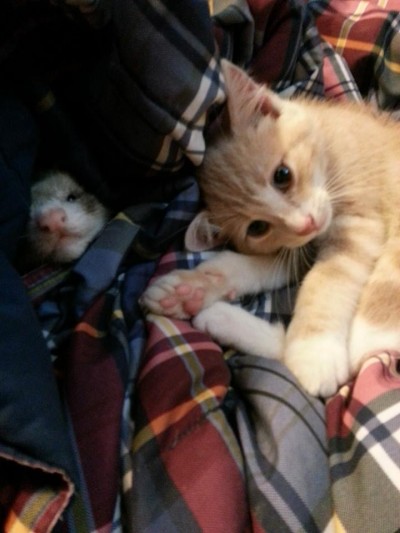 There is certainly no shortage of snuggles in this house! 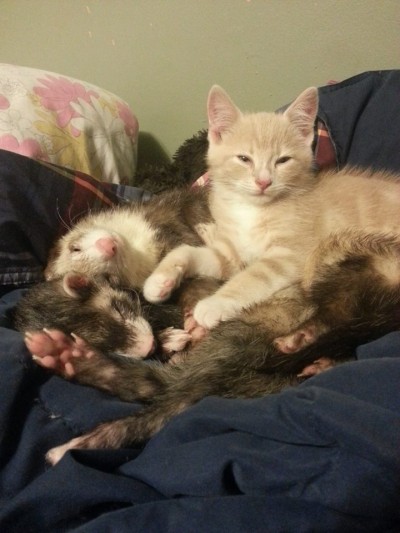 One thing’s for sure, Ned will never need to look too far to find a friend. 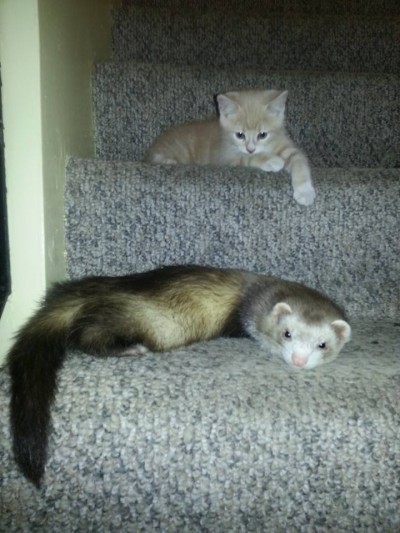 Just check out the cuteness in real-time … que the “aww!”