These Adorable Interspecies Families Will Leave Your Heart Happy (PHOTOS) 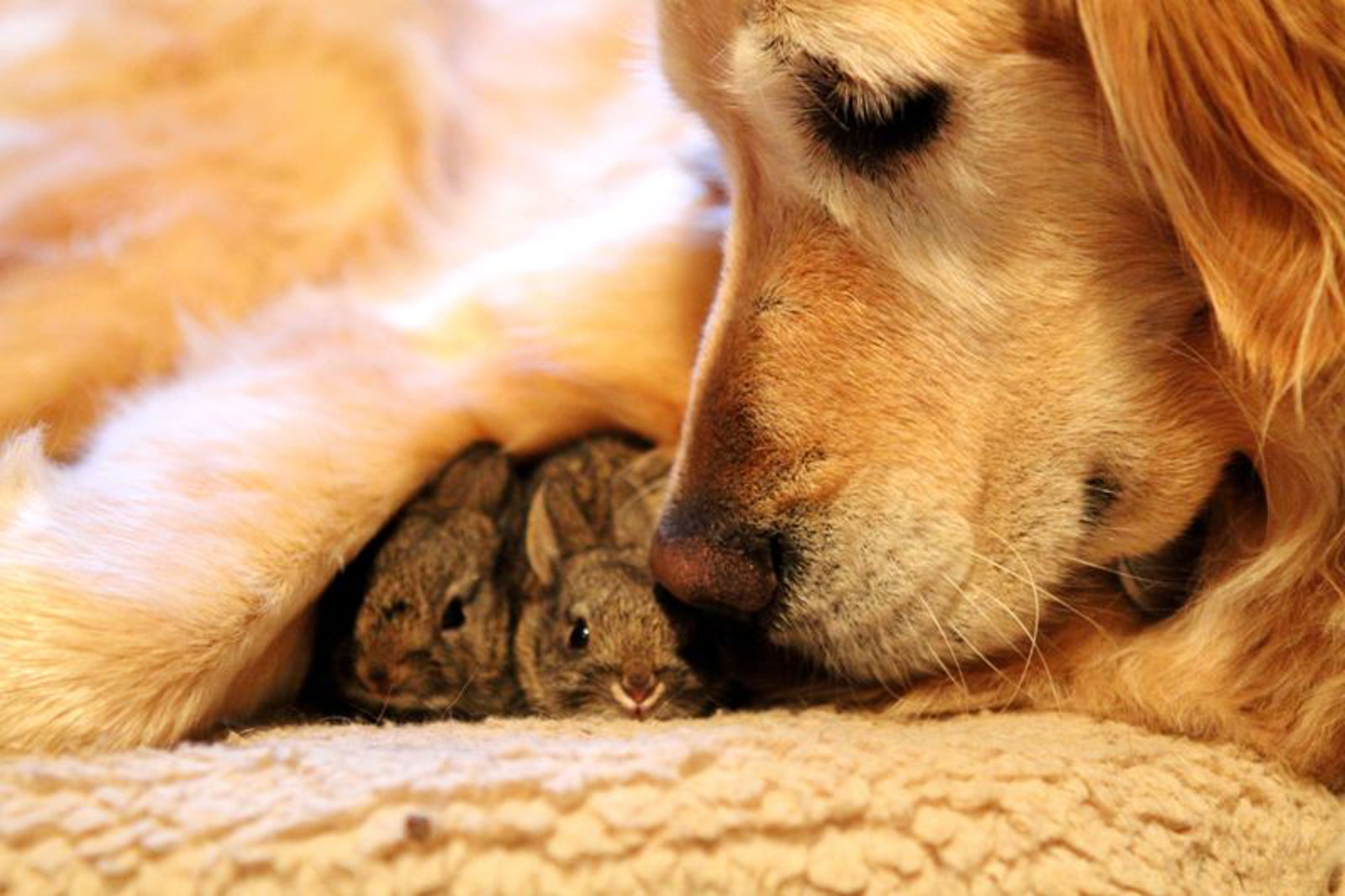 While they may seem rare, interspecies relationships have actually become rather common stories in the news these days and nearly all of these stories capture the hearts of thousands of readers all over the world. It’s certainly not hard to resist a cat mothering baby ducks or a wild fox befriending a domestic dog, as these stories are brimming with cuteness and happiness. 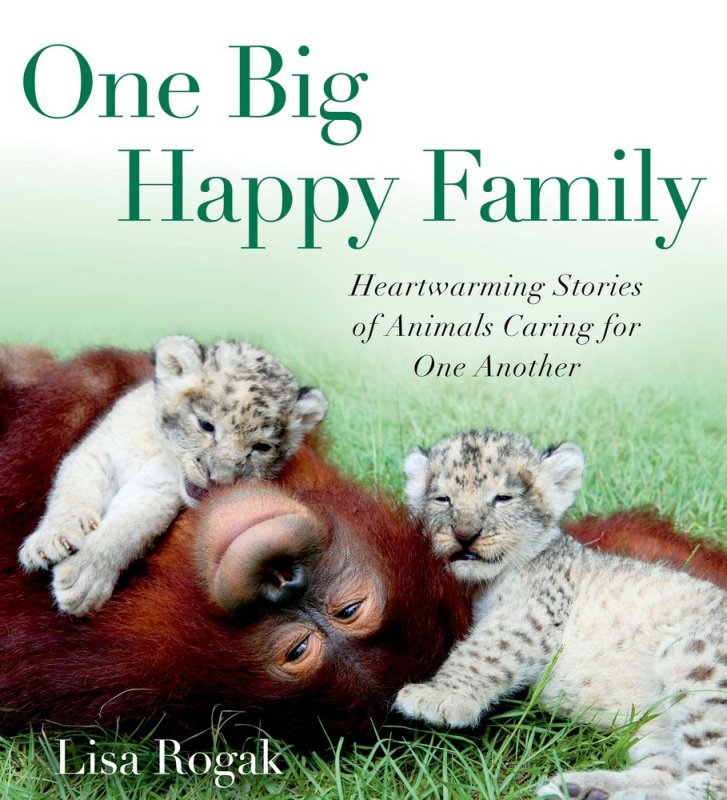 The book explores 50 different interspecies relationships that can be deemed quite simply as animal rescues. Much like typical rescue stories, these 50 are marked by compassion and love, illustrating how animals will cross species lines to care for another in need.

From a greyhound and a fawn to a goat and her wolf pup, the diversity of interspecies relationships is truly astounding and each story is irresistibly adorable in its own right. Even Rogak was amazed at the number of documented interspecies friendships, telling OGP that it’s definitely “more common than we think.”

“My inclination is to think there are thousands more we’ll never know about because a) they occurred away from the prying eyes of humans, and b) even when humans did witness an interspecies relationship, they didn’t ring up the local newspaper,” Rogak says.

The majority of known interspecies relationships arise from a human-created space, whether in the home, at a farm, in a zoo, at a rehabilitation center, or at an animal sanctuary. Indeed, it is in these places that we see some of the oddest and most baffling pairings such as a baboon and her nocturnal galago baby, who found each other at Bairobi Animal Orphanage in Kenya, or a Boxer and his baby sheep, who came together at the Pennywall Farm wildlife center in Buckfastleigh, U.K.

In the former pair, the orphanage’s seven-month-old baboon swooped in not long after the galago baby came to the center in order to care for the orphan and they have been inseparable ever since. In the latter relationships, a Boxer named Tozer immediately came to the rescue of a baby sheep, “cleaning and bottle-feeding the baby kid,” who was the runt of the litter, as Rogak writes in “One Big Happy Family.”

Although interspecies pairings are most common in these more controlled and loving environments, wild interspecies relationships are not unheard of. In fact, Rogak covers the now-famous mother-daughter relationship between a lioness and an antelope calf as witnessed by wildlife photographer Adri de Visser.

The pair met after the lioness and another member of her pride were feeding on the antelope’s mother. Not long after this feeding session finished, the lionesses saw the calf appear from a nearby bush and one of them sprang up to investigate. Instead of attacking the little antelope, the lioness approached her with the care she would give to her own cubs, picking the baby up by the nape of its neck to carry the orphan away to safety and later that same day they were spotted together, still.

Each and every one of these interspecies relationships is a marvel all on its own, yet taken together show us something more about the animals we share our world with.

As Rogak tells us, “animals in many ways are essentially color-blind, at least with regards to taking care of baby animals, even if they belong to other species.”

By learning about these different interspecies stories, Rogak hopes that readers can see past the differences of others and “interact with that person and … learn a little about what their life is like,” instead of shunning them.

“Humans can improve their lot and their own personal relationships by learning to ignore the differences in others,” Rogak says.

Take some inspiration from the photos below, featuring adorable interspecies families from Rogak’s book. We guarantee they’ll leave your heart happy! 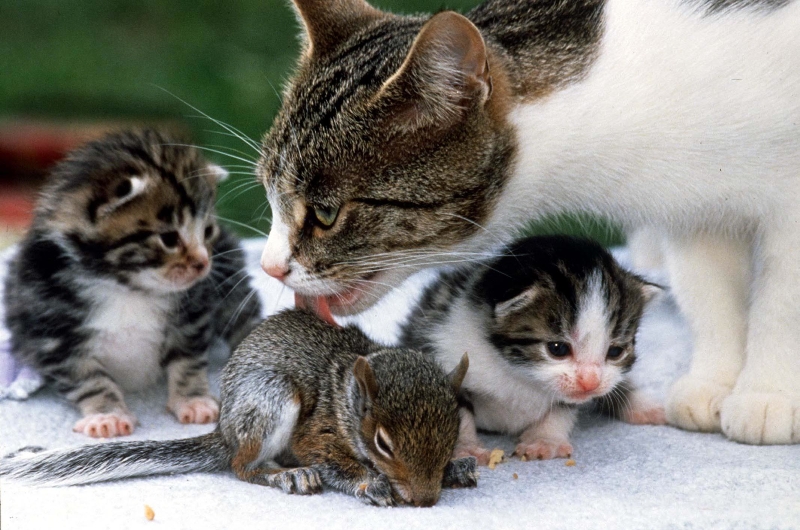 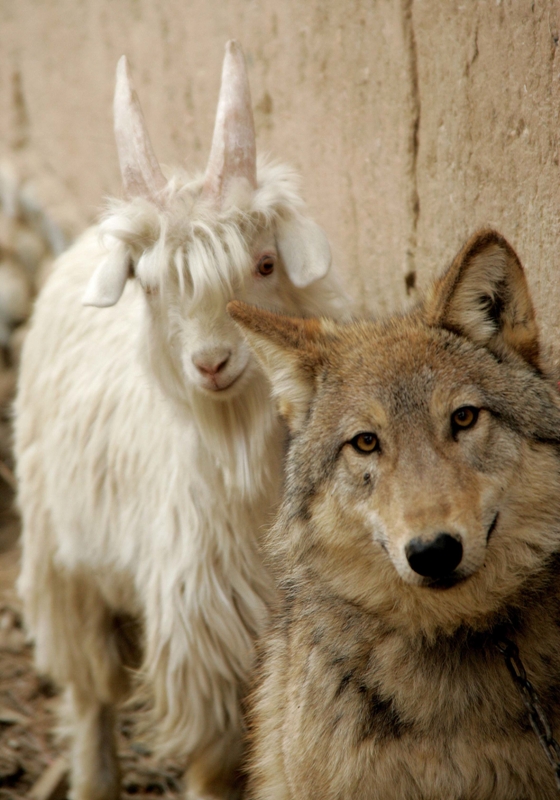 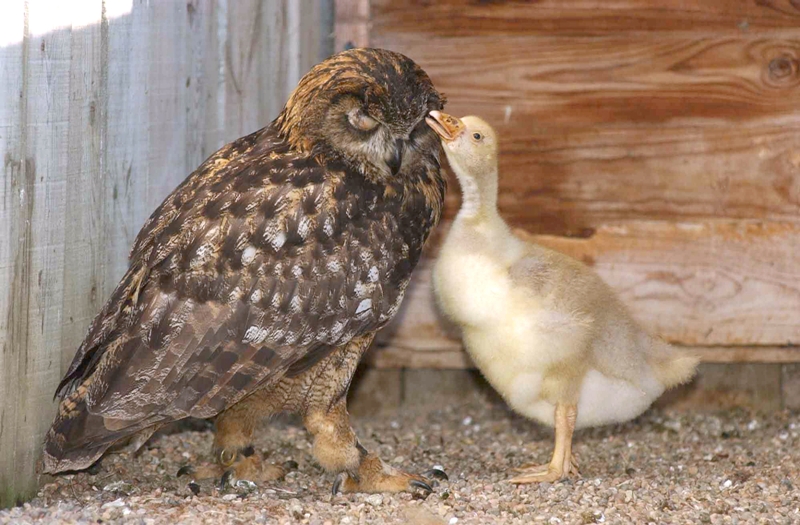 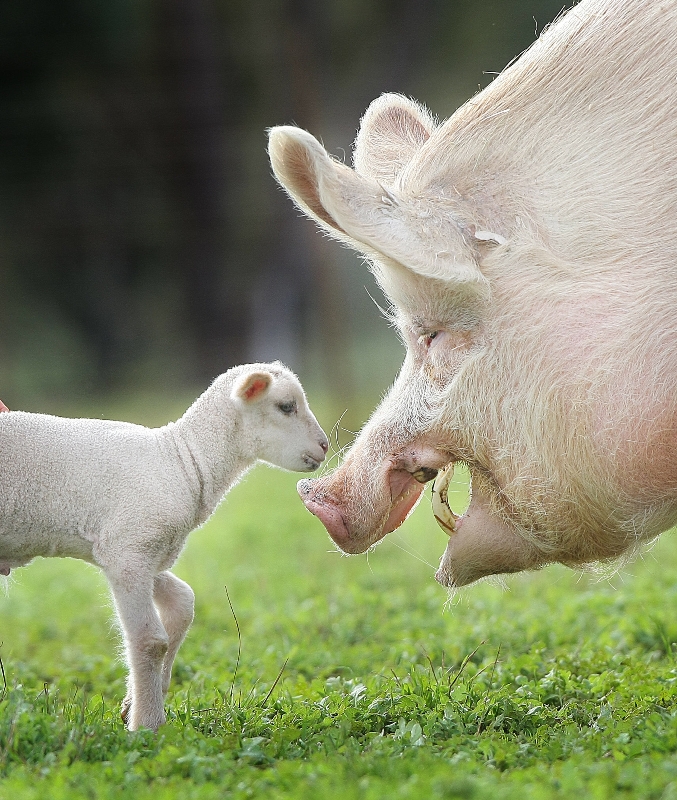 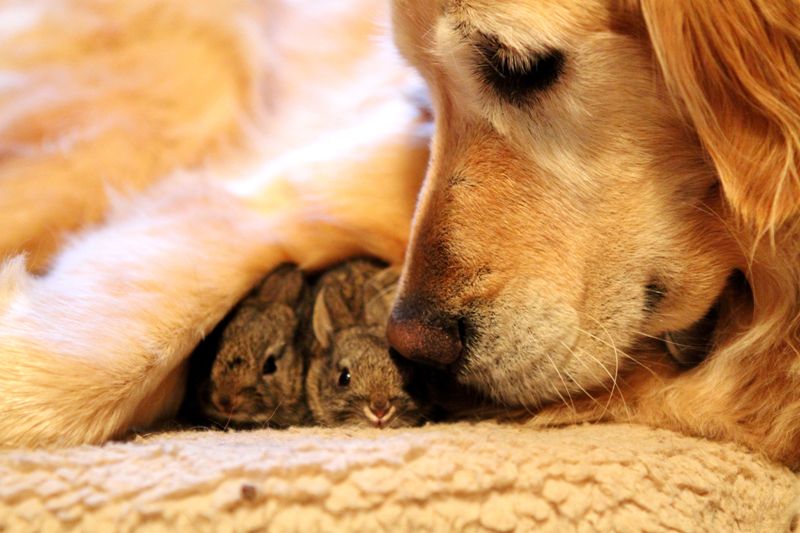 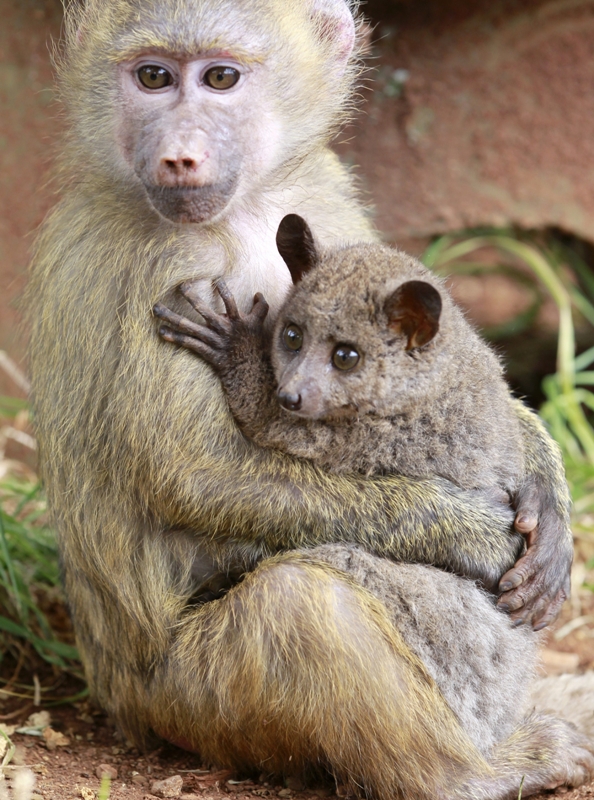 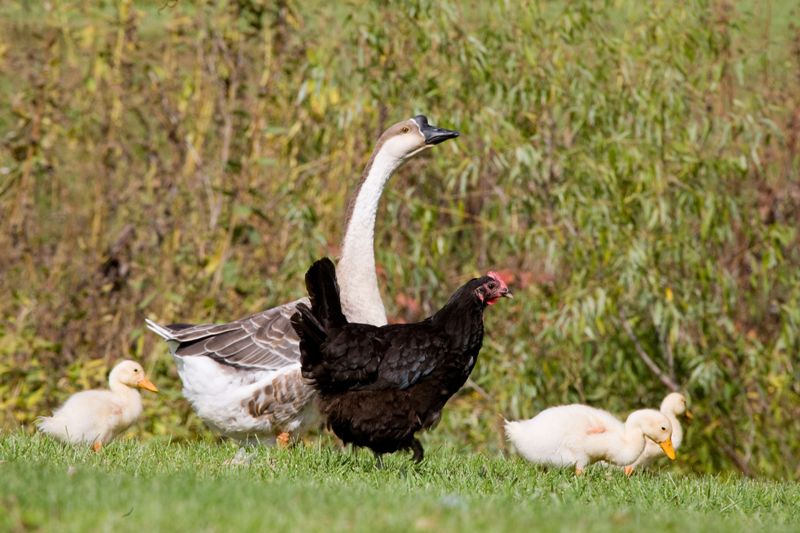 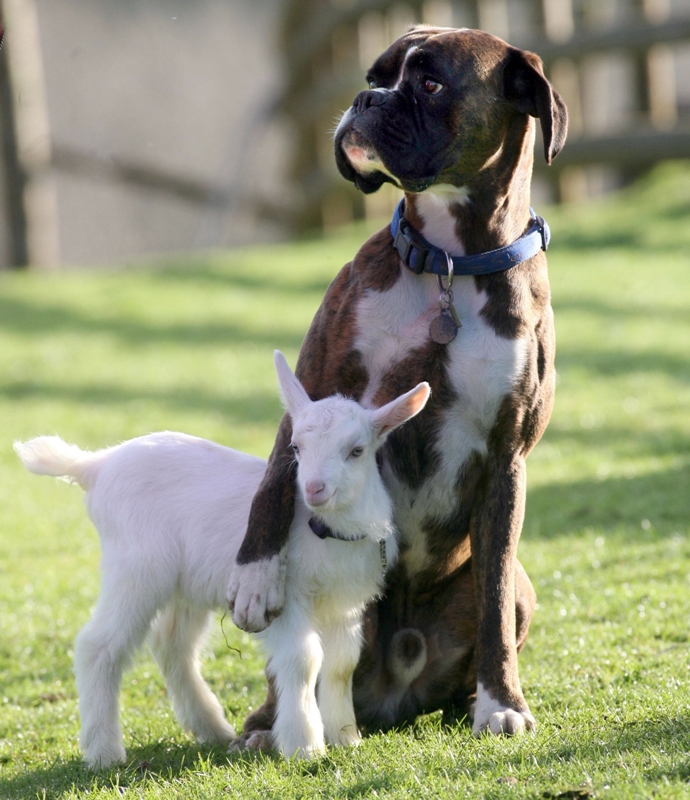 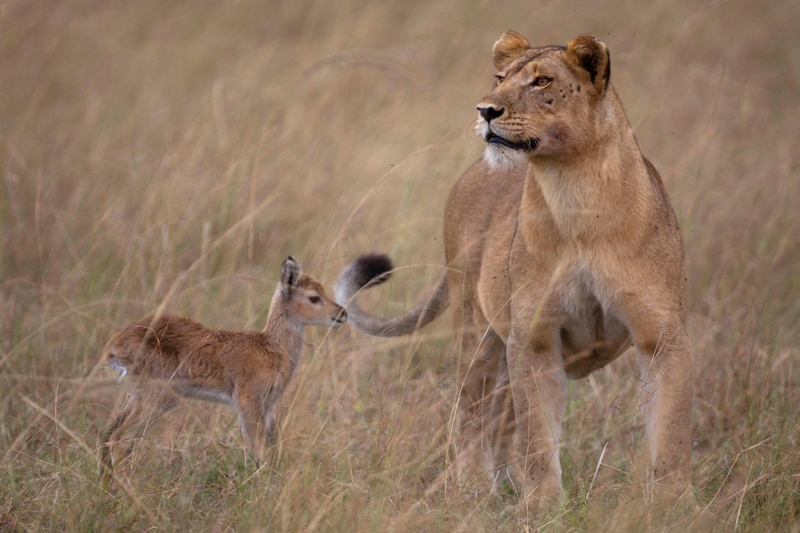 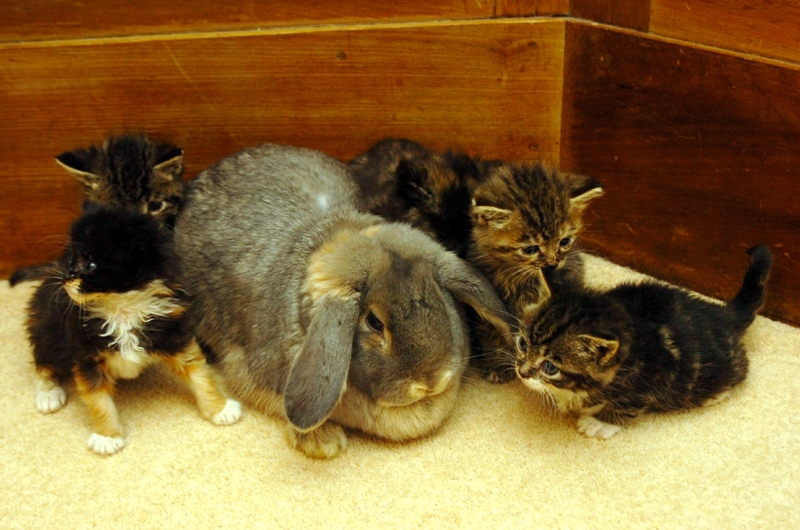 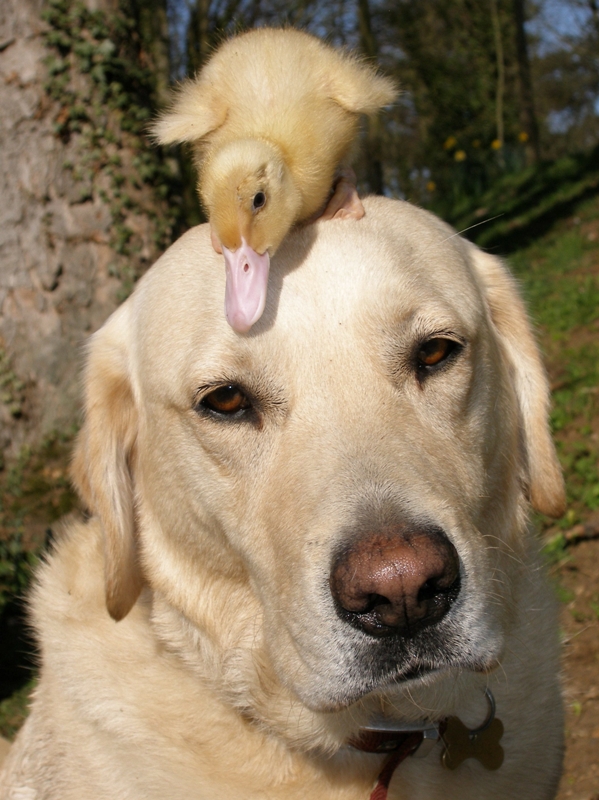 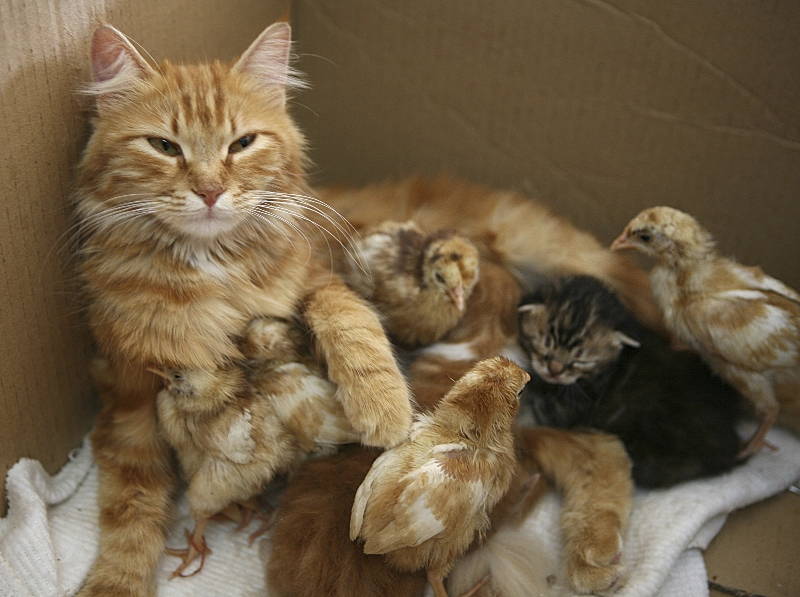 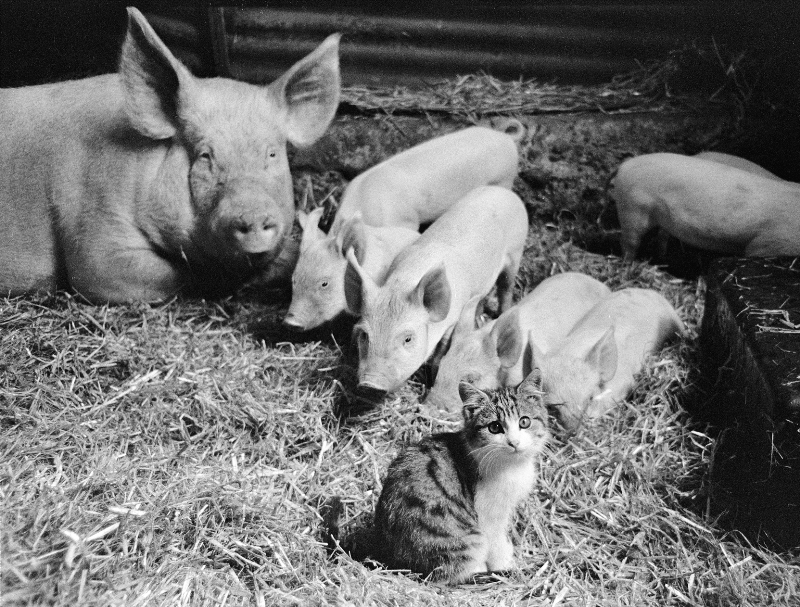 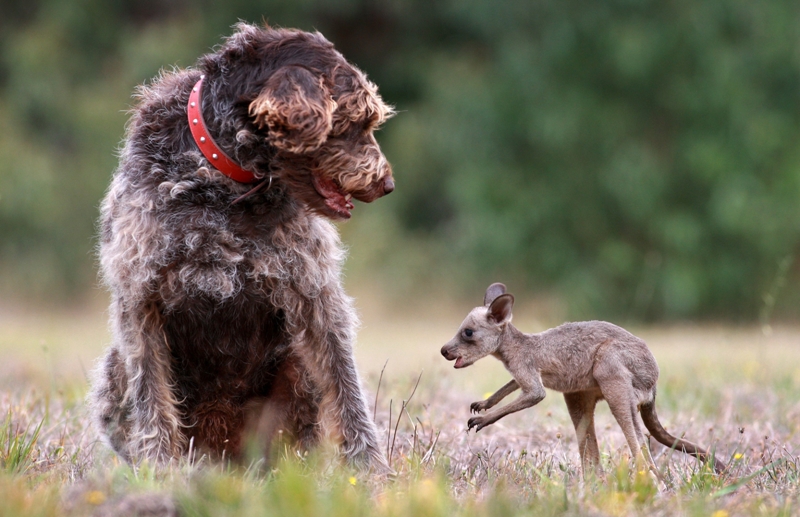 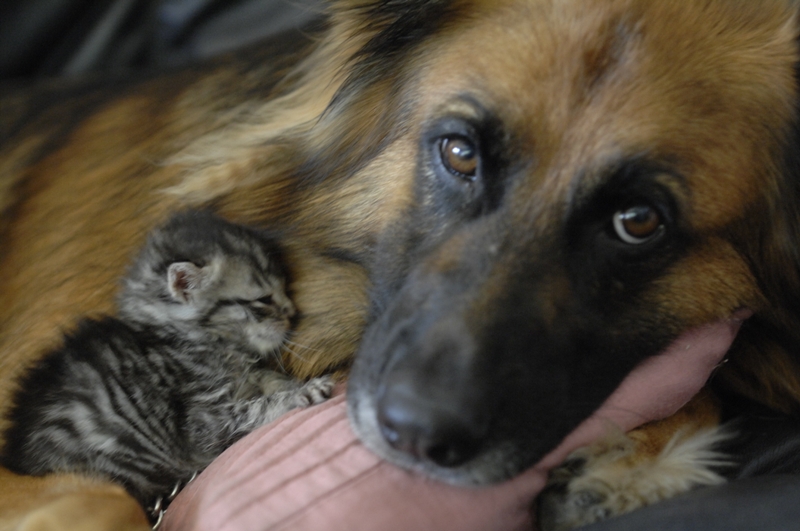 For more adorable interspecies photos, be sure to check out “One Big Happy Family” available now through Macmillan and Amazon.