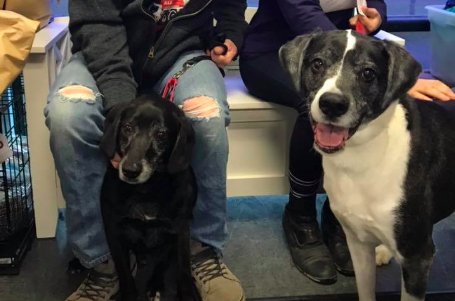 It’s incredibly heartbreaking whenever a story surfaces of people heartlessly abandoning their dogs. Recently, there were the two poor, sweet beagles who were thrown from a moving car. Then there was the Staffordshire bull terrier who was abandoned on the road. But it takes a really cruel person to want to euthanize their dogs out of convenience.

In June, a man brought his two dogs, Cosmo and Sam to the vet and asked for them to be euthanized. They were perfectly healthy, active, and friendly. Cosmo is a small lab mix and Sam is a pointer. Their owner was moving in with his girlfriend who was allergic to dogs… so he asked for them to be euthanized. They had lived with him for 10 years. Unbelievable! 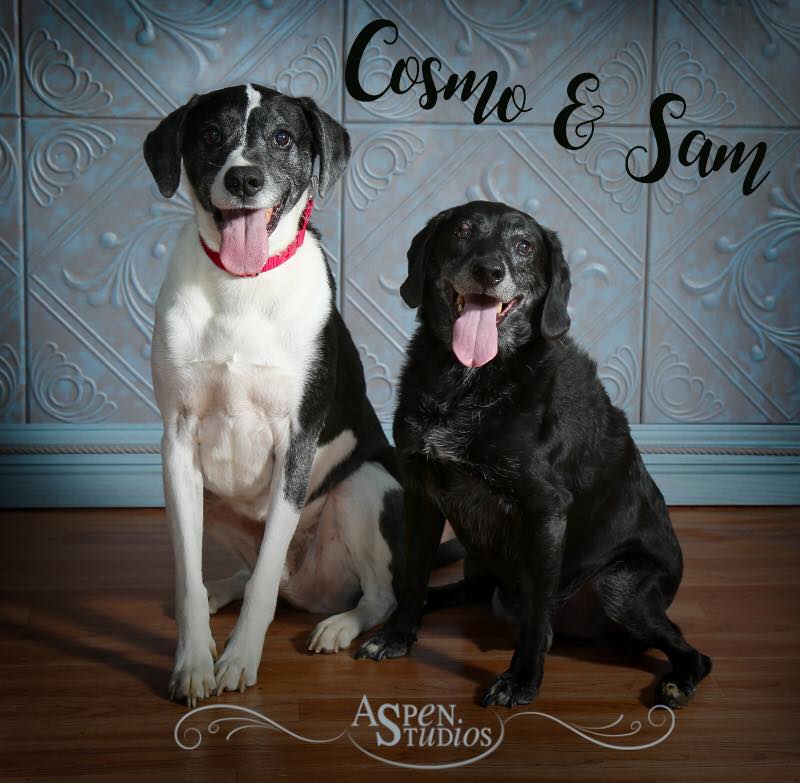 Thankfully, the vet refused saying, “None of us want to end a pet’s life unless it is to prevent suffering.” The dogs were sent to Begin Again Rescue Co. who then reached out to P.A.W.S. of Tinley Park when it was difficult to adopt them out as a pair. The two dogs are incredibly bonded and rely on each other.

Senior dogs are adopted less frequently and it’s incredibly hard to get dogs adopted out as a pair. Although it did take quite long, in the beginning of December, Cosmo and Sam found their furever home! They were adopted by Eric and Tiffany Dybas who around the time Cosmo and Sam were given up, lost their own beloved Chihuahua. They are incredibly happy to provide a happy, loving home for Cosmo and Sam until the end of their lives just as they did for their late dog. 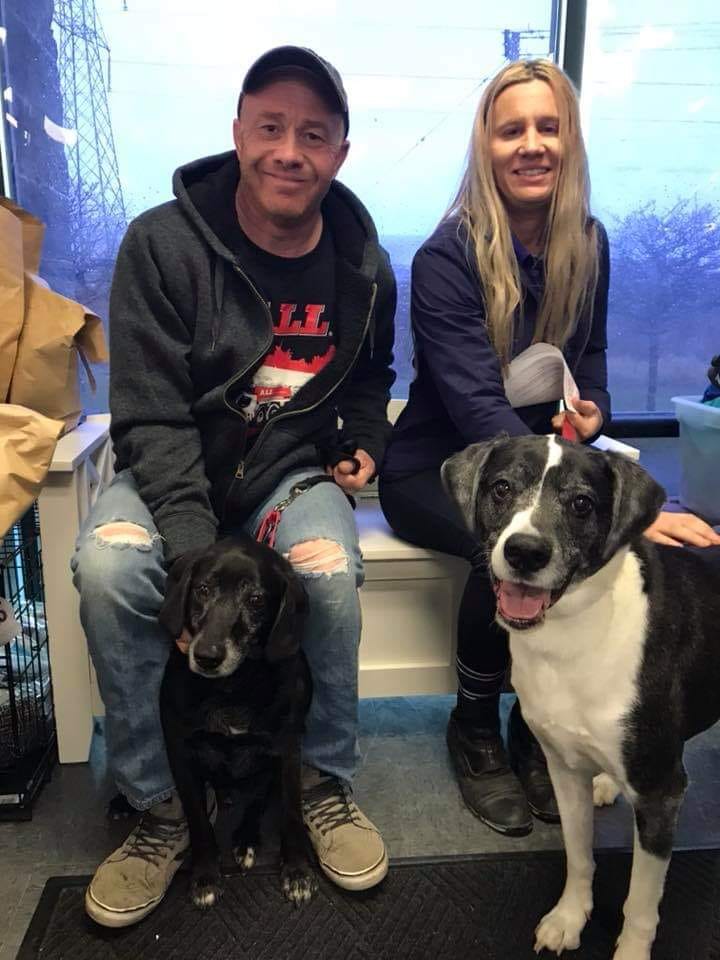 We are so happy that there are lovely people out there like the Dybas family who adopt dogs in need. However, this story reveals the horror that is “convenience euthanasia.” The vet who refused Cosmo and Sam’s former owner explained that people often request euthanasia for unnecessary reasons, such as “moving, getting new furniture, shedding, divorce, job loss, property damage or the owners not wanting the responsibilities that come with pet ownership.” We are grateful for vets like this one who intervene and save these innocent pets. We are also incredibly glad that rescue organizations like BARC and PAWS work hard to give care to these animals and find them loving homes!

For more information on adopting pets, check out 7 Reasons Why You Should Adopt Your Next Furry Best Friend. If you enjoy stories like this, subscribe to the One Green Planet Newsletter for more awesome Animal, Vegan Food, Health, and Recipe content published daily!