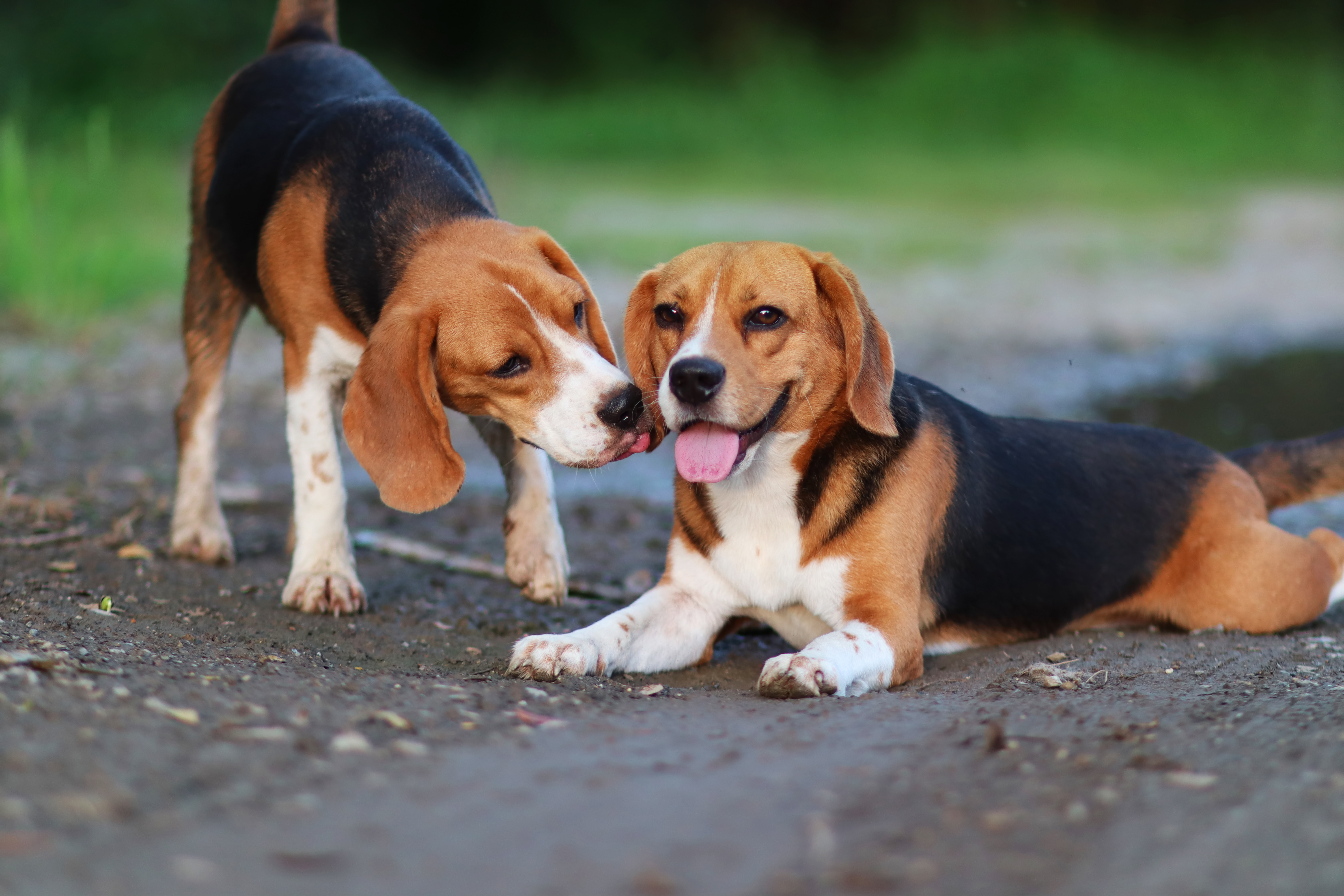 Although dog rescue stories reveal how cruel people can be toward animals, we all love a dog rescue story with a happy ending. For every bad person who mistreats or harms a dog, there is a hero willing to save them. Sara, a dog in Georgia was completely neglected but then changed into a whole new dog. Luke the great dane, was rescued by police after being left to starve in the freezing cold. In the case of the two beagles who were thrown from a car on the interstate late 2018, their guardian angels came in the form of a truck driver and state troopers. 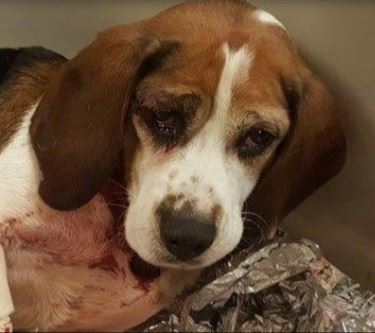 On Wednesday, December 12, 2018, truck driver, Adam was driving down I-81 when he saw a blue durango in front of him toss two beagles out the car. He immediately pulled over to the shoulder of the highway to help the dogs. One of them was badly injured, so he wrapped him up in his sweatshirt. State troopers driving by saw Adam carrying an injured dog with one following behind him, and also stopped to assist. 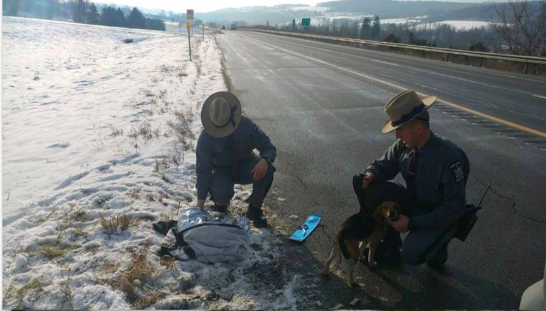 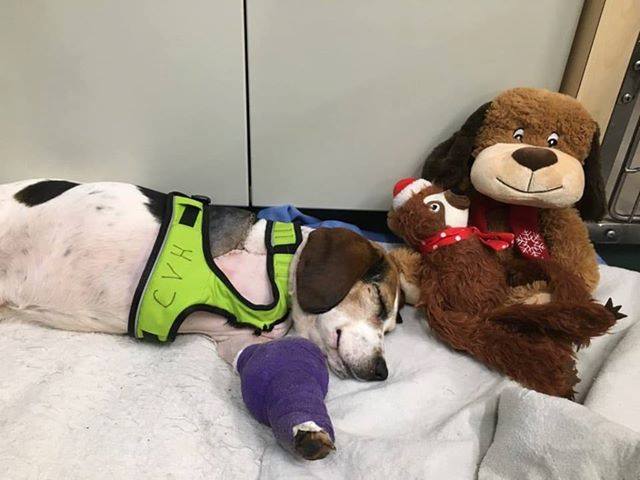 Although we wish no one had hurt these dogs in the first place, we are so glad that the right person was driving behind that blue durango that day. The dogs are now at the Broome County Humane Society and director Karen Matson said, “What’s very endearing about this is that the gentleman who saved him on the highway is very interested in making his home the forever home for these dogs.” For his amazing efforts, PETA is honoring Adam and sending him vegan cookies. We hope Adam and Trooper find their forever home with Adam or any loving, caring family! 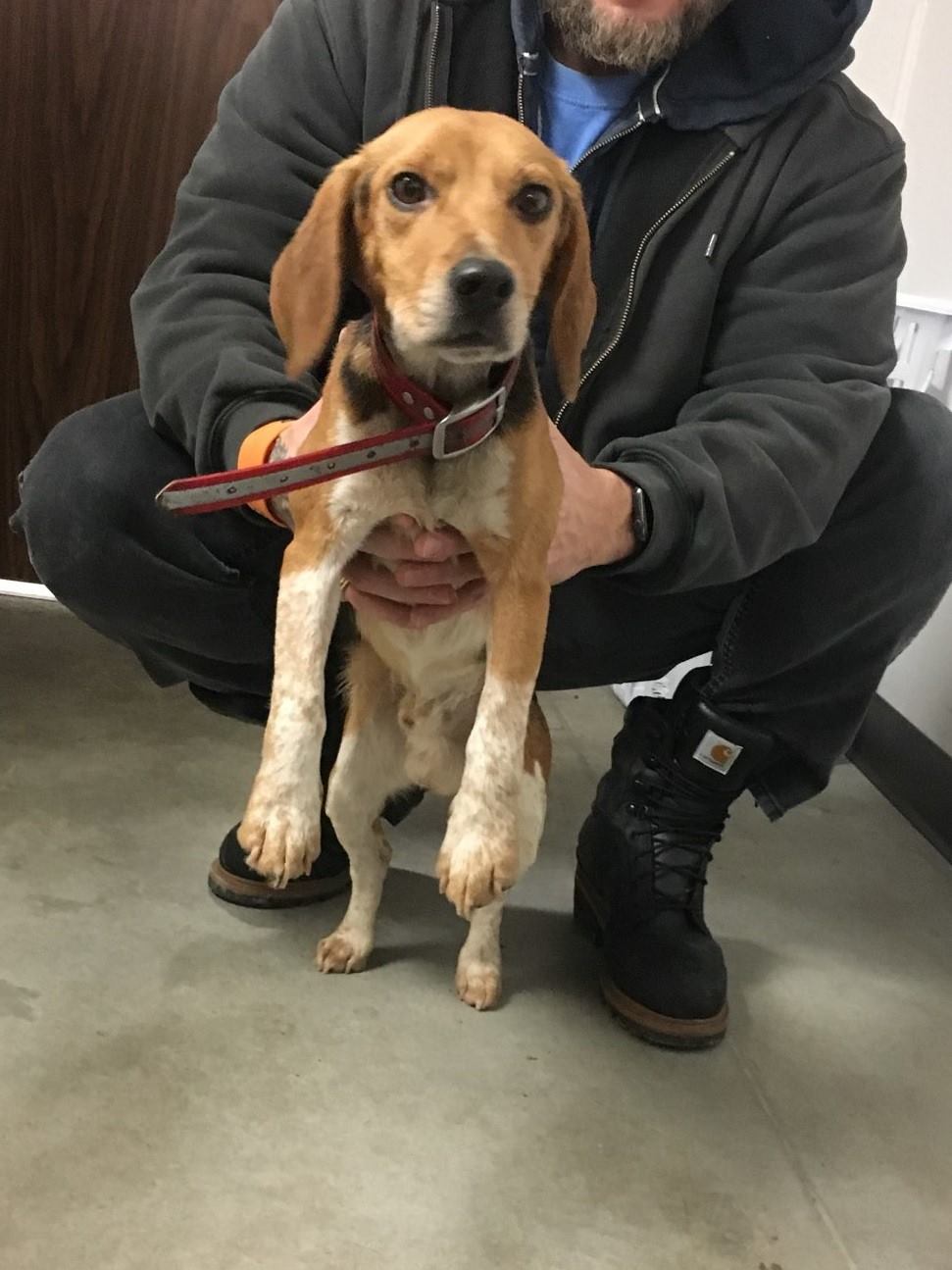 Do you enjoy articles about rescue dogs? Check out Otter the Rescued Pit Bull with a Fabulous Life, This Month Old Puppy Who Was Left Out in the Cold, and This Dog and Human Who Went On An Epic Adventure.