At just 8 pounds and 8-weeks-old, this tiny pit bull puppy named Peanut was found abandoned on the streets of Paterson with head trauma that left his gums torn off, face swollen, a broken jaw, and old injuries from a traumatic attack. He was immediately hospitalized in a joint effort thanks to Ramapo-Bergen Animal Refuge and Jersey Pits rescue and received emergency surgery that would save his life.

When Peanut was brought into the hospital, he was extremely uncomfortable and lethargic. Based on his bloodwork, doctors believe he may have suffered for a while.

“Peanut also had a fever and was anemic after being left for dead on the streets from whoever committed these cruelest crimes to the sweetest little puppy,” Ramapo-Bergen Animal Refuge reported. It was determined that he would need to go into surgery immediately. 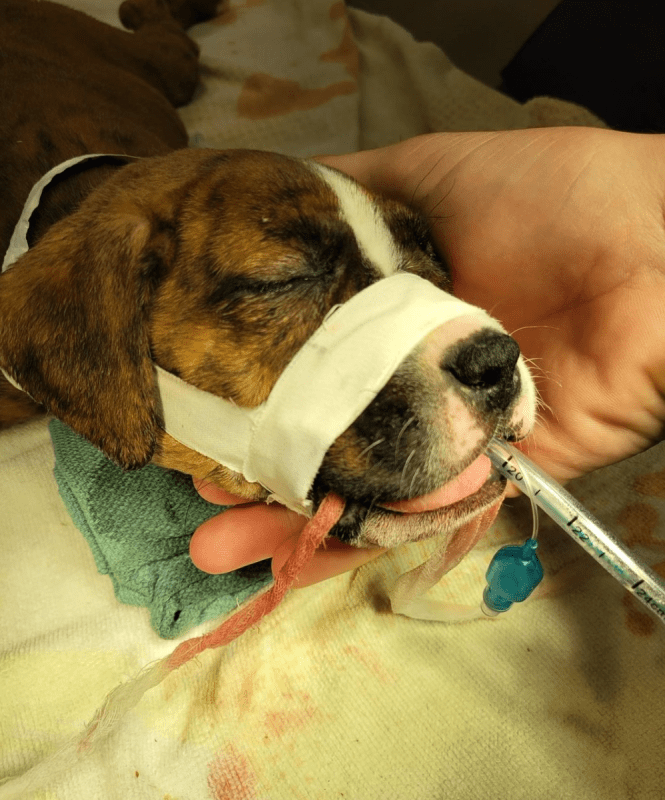 Despite multiple fractures in his jaw and a badly infected wound in the back of his mouth, Peanut’s surgery was a success! He now has a wire and tape muzzle to stabilize his tiny jaw as it heals. “We can’t imagine how confused our brave little Peanut is, but we are glad he can finally get the medical care and comfort that he so desperately needed,” said the refuge. 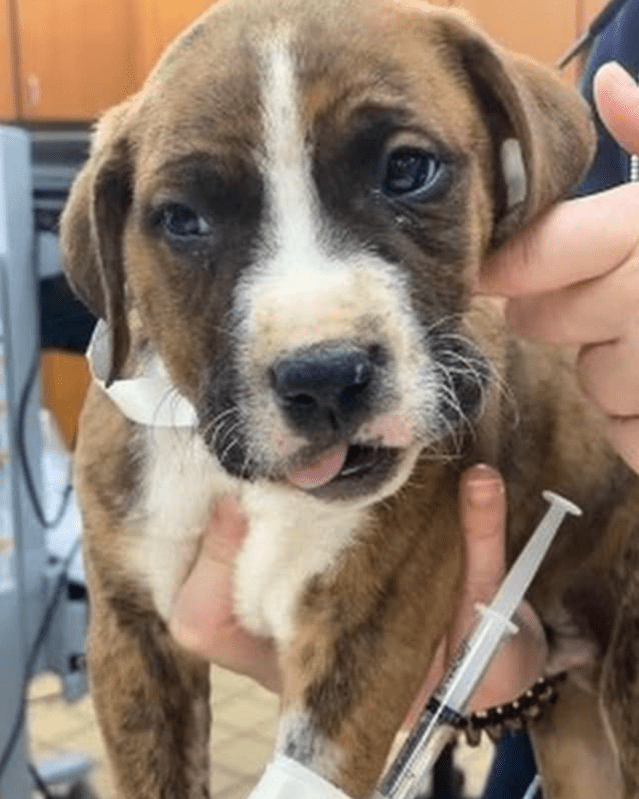 Once released into a medical foster, Peanut will be eating gruel and need weekly rechecks for at least a month. He will be on antibiotics for some time due to the severity of his infection. His jaw may not completely heal normally, but doctors believe Peanut will make a full recovery. 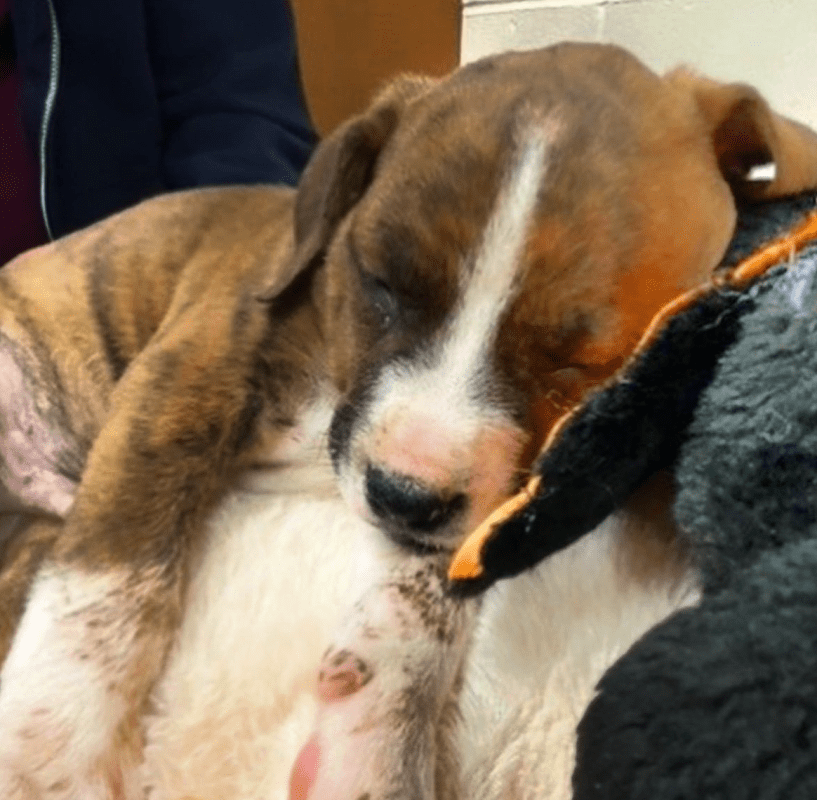 Peanut is now on his way into a new, loving foster home!

“We are so excited for Peanut to finally be loved and snuggled in a home with a doting family. After all he has endured, Peanut so deserves this!” the animal refugee said in a Facebook post.

If you are interested in supporting the medical care that Peanut desperately needs, consider donating here. It will go a long way in helping Ramapo-Bergen Animal Refugee provide Peanut with the help he needs.