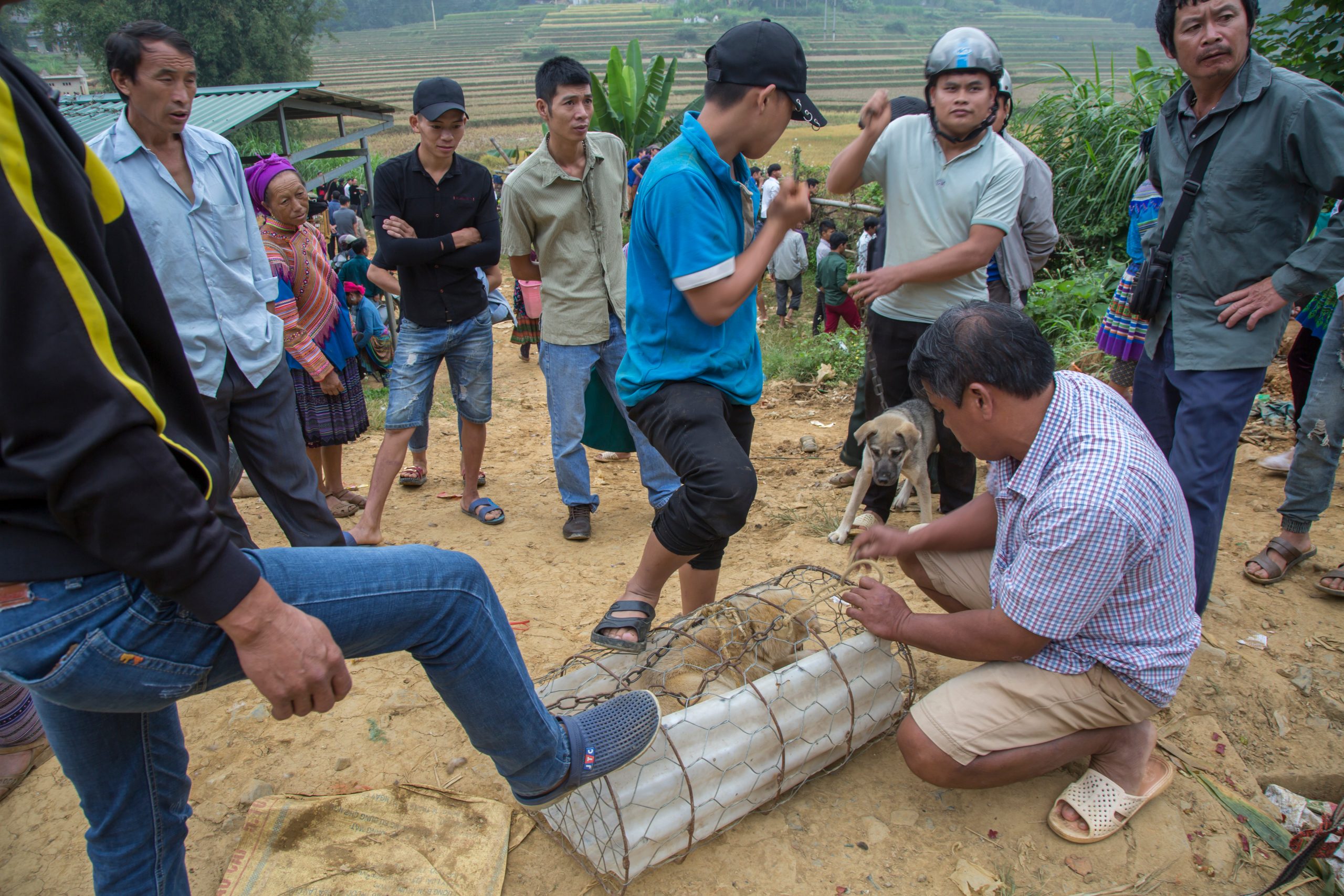 630 kg of dog, cat and animal carcasses were seized from a passenger bus in Vietnam on May 6. Traffic police stopped the bus on its way to Hanoi. The carcasses seized by authorities were packed in styrofoam boxes and were beginning to stink.

The bus driver said the meat was being taken to Hanoi for human consumption and the driver was questioned by police. There are no laws against killing, selling, or eating cats and dogs in Vietnam but the police were investigating these for their “unknown origin.” Buses have been stopped in Vietnam in previous years for transporting animal carcasses but the country still hasn’t taken steps to ban the practice of eating dogs and cats.

According to World Animal Protection, Vietnam is one of the worst-performing countries in Asia for animal protection. According to the Daily Mail, the government is looking to stop the practice by 2021. Most dogs used in Vietnam for food used to be taken from Thailand, Cambodia and Laos. Animal rights groups have been working to stop the practice across Asia due to concerns over public health and animal cruelty. Read more about animal rights campaigns against dog meat.

Read more about animal rights and Vietnam in One Green Planet:

Sign this petition to end the dog and cat trade in Vietnam!

For more Animal, Earth, Life, Vegan Food, Health, and Recipe content published daily, subscribe to the One Green Planet Newsletter! Also, don’t forget to download the Food Monster App on iTunes — with over 15,000 delicious recipes it is the largest meatless, vegan and allergy-friendly recipe resource to help reduce your environmental footprint, save animals and get healthy! Lastly, being publicly-funded gives us a greater chance to continue providing you with high-quality content. Please consider supporting us by donatin-!