There are plenty of activists and organizations fighting to end the dog and cat meat trades around the world. While in the USA, we might not be used to the idea of eating dog and cat, it is quite common in other parts of the world. The Humane Society International recently shut down a dog meat farm that was also a puppy mill in South Korea and saved nearly 200 dogs. A new campaign by Lady Freethinker is taking a new approach to touch the hearts of Chinese and South Korean citizens.

Lady Freethinker created bus ads to display in China and South Korea that encourage citizens to leave dogs off their plates. The bus ads debuted in Gimpo, South Korea late last year in collaboration with Save Korean Dogs. The ads had messages like “Dogs are not food but family” and “Please do not eat me.”

Recently, on February 10th similar ads debuted in Shenyang’s Xita in China, a region that has many cruel dog meat restaurants. These include a dog with a loving family and the message, “Dogs are family, not food.” 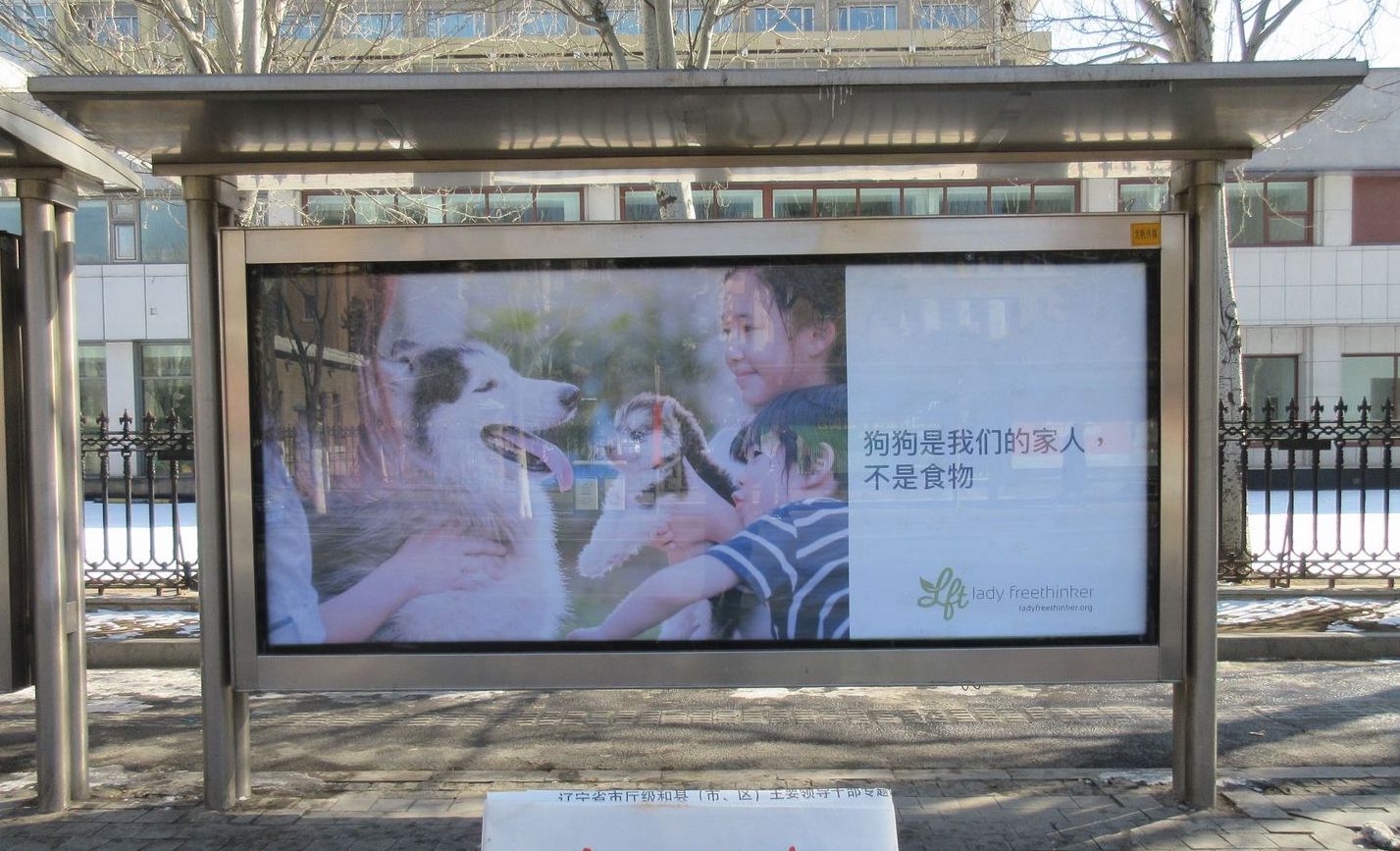 Lady Freethinker’s inspiration came from the cruel fact that there are about 17,000 dog meat farms throughout South Korea, and an estimated two million dogs are slaughter for their meat every year. In China, about 10 million dogs and 4 million cats are slaughtered every year. In both countries, dogs are hung, torched alive, or electrocuted because it is believed that will improve their taste.

Sign the Petition to Ban Dog and Cat Meat in China.