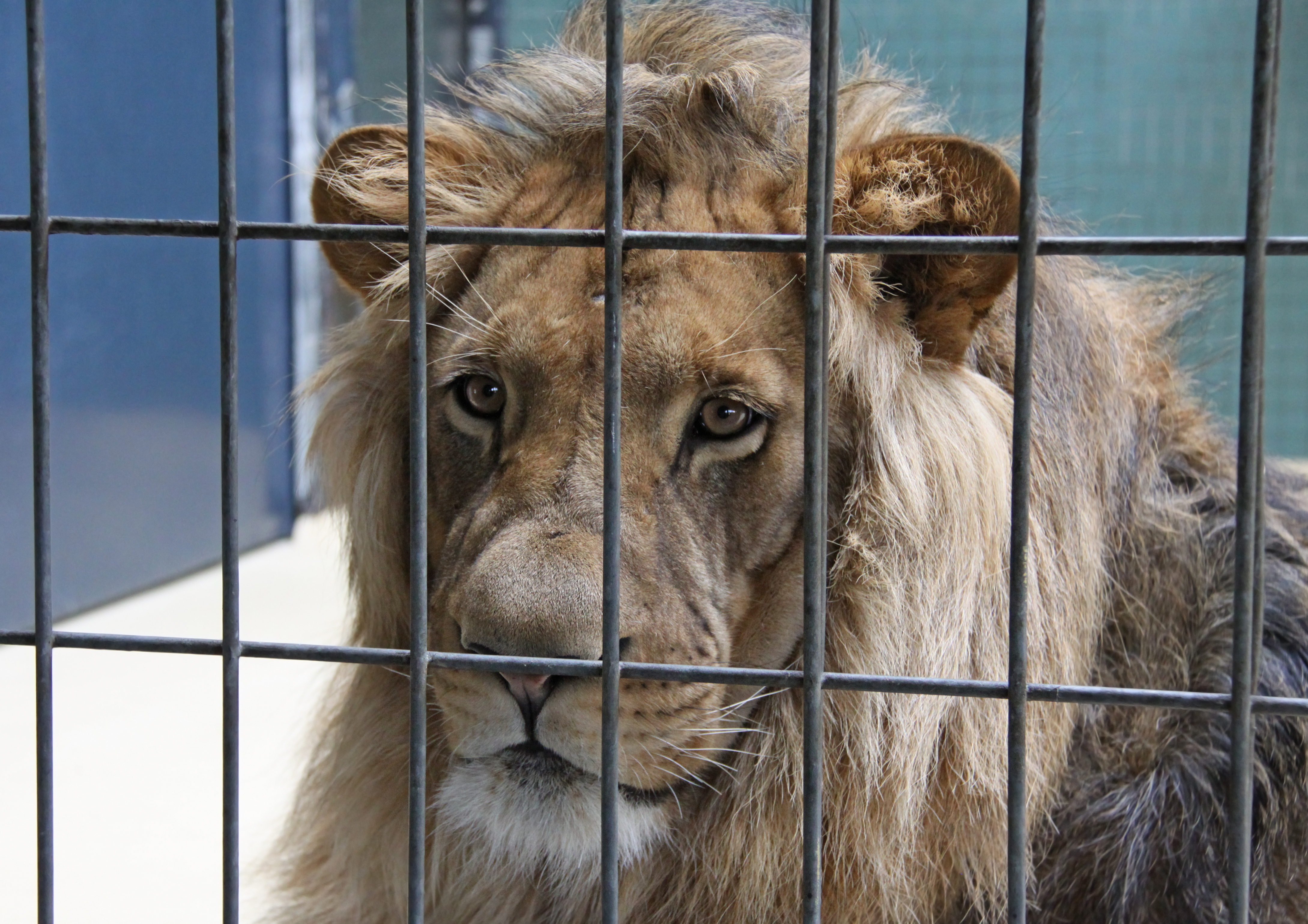 Lions are sadly among the list of many wild animals suffering at the hands of humans. They are killed by poachers and trophy hunters, taken from the wild as babies and trained for circuses or kept in zoos, and they’re sadly held in captivity for the bone trade. Lions are being used as a replacement for tiger bone in Traditional Chinese Medicine. Recently, over 108 mangy lions were found at a breeding facility living in terrible conditions.

In about 260 facilities across South Africa, between 6,000 and 8,000 lions are bred in captivity a year. At Pieneka Farm specifically, over 108 neglected lions were found. The gruesome photos show the lions nearly bald and covered in mange. The farm has enclosures that were meant for two lions and there were more than 30 at a time in overcrowded enclosures. The lions were disease and parasite ridden, nearly dead, and there were lion cubs suffering from a neurological condition called meningoencephalitis (inflammation of the brain).

Wildlife guide and photographer Ian Michler says, “If you’re breeding lions for the lion bone trade, they don’t care what those lions look like. Because at the end of the day, all they’re going to do is end up in a sack, a bag of bones that’s going to go to Asia.” Many of the lions on facilities around South Africa are bred to meet tourist demands, to be in captivity for people to see them and take photos with. And then they are killed for trophies or the bone trade.

A big part of the problem in the lion captivity situation is the wording of South Africa’s Animals Protection Act 71 of 1962, which “enumerates norms and standards for animal welfare, including that ‘no animal suffers from undue’ hunger, thirst, discomfort, disease, or pain.” Wildlife director of Humane Society International-Africa, Audrey Delsink says the word “undue” is a loophole for breeders to take advantage of, and they use it as an excuse to keep lions in deplorable conditions.