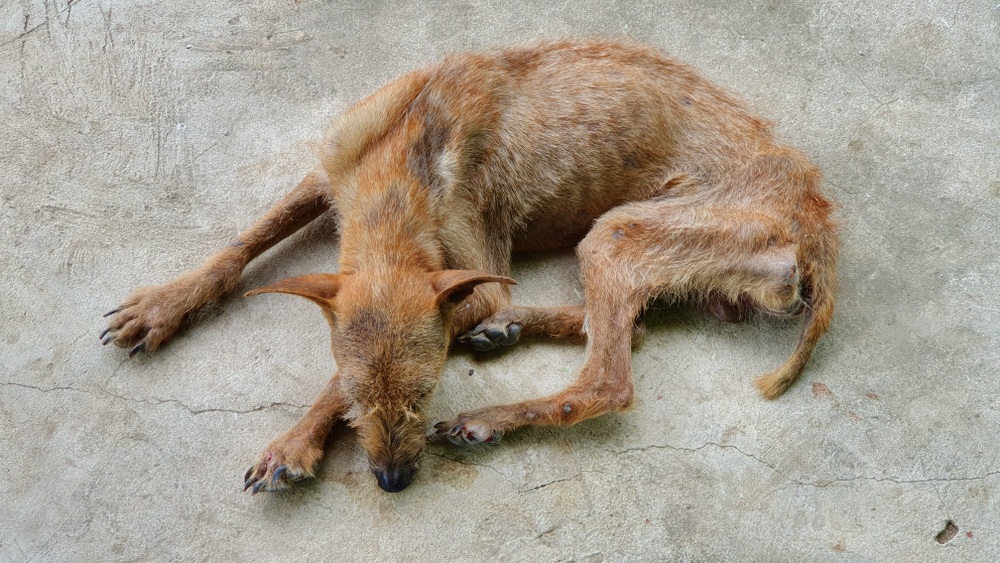 Dogs in Morocco are suffering horribly. Officials have been rounding up stray dogs and taking them to a pound where they’re starving to death. The animals are so hungry and desperate that they’re attacking each other and eating the carcasses of the dead dogs around them. It’s absolutely devastating!

Videos have been released of the dogs eating each other, which will not include here because of the extremely distressing content, but you can watch on YouTube. The video below, however, shows how malnourished the dogs are.

Animal welfare activists Lucy Austin and Fanny Belle released the video as a plea to get help for these poor dogs. Morocco Animal Aid (MAA) wants to help the animals but officials are denying them access. MAA even sent kibble to the pound, but the dogs are not being fed. It’s clear they just want the dogs to die.

As Lady Freethinker writes, “In spite of restrictions, the charity rescues the sickest dogs when they can, but are already overloaded. When they are allowed access, they fill up water containers and clean up piles of filth, but it’s not enough. The government of Morocco must stop rounding up dogs and dumping them in this disgusting place.”

On December 10, just before news of this situation came to light, local authorities allegedly authorized the slaughter of dozens of dogs, even after many were sterilized as a way to control the population. Clearly there is a pattern of being cruel to stray dogs and not handling them humanely.

You can speak up for these innocent dogs in need by signing this petition by Lady Freethinker “urging Ambassador of Morocco to the US Alaoui to urge the Moroccan government to save these dogs and develop more humane ways to deal with strays in their country.”

Sign these petitions to help other animals in need too: