Live Animals are Not Easter Decorations 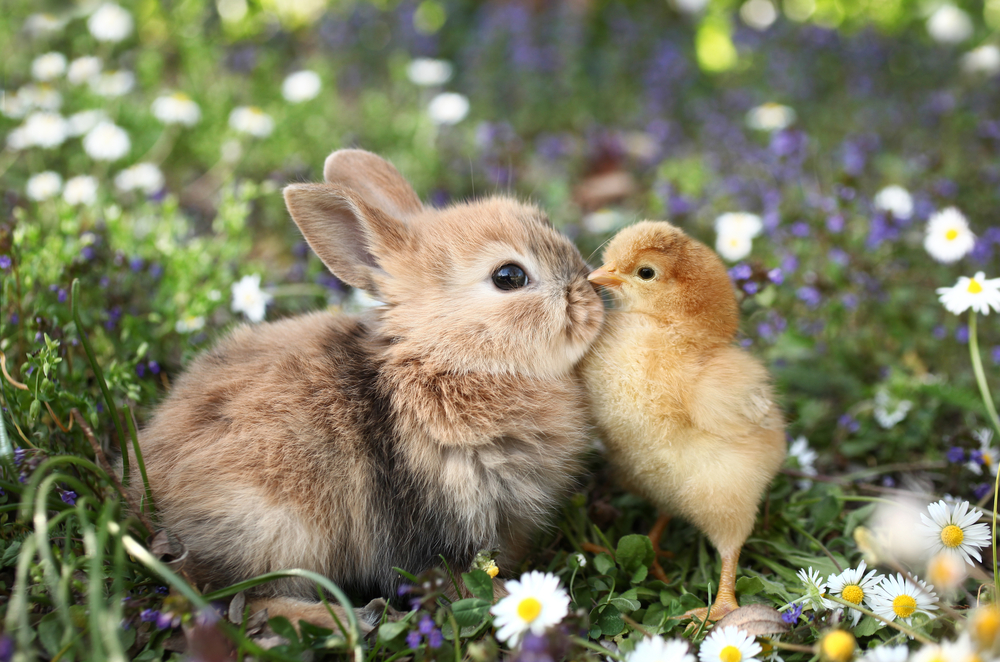 It’s April—or perhaps February, depending on how overeager your local grocer is—and the shelves are filling up with holiday-appropriate decor: bright, plastic flowers; pastel-colored eggs; and, of course, pictures, toys, and marshmallow confections shaped like adorable bunnies, chicks, and ducklings. Mild weather and sunny temperatures make springtime an ideal birthing period, leading to baby animals unwittingly used as the poster children for Easter and new beginnings. Leading up to Easter, merchants portray rabbits, chicks, and ducklings as ideal “holiday gifts” akin to Easter decorations. The annual cycle of consumers purchasing live animals for Easter and abandoning them soon thereafter has prompted the manager of The Colorado House Rabbit Society to proclaim, “We hate Easter.”

The Cruelty Behind Buying Live Animals for Easter 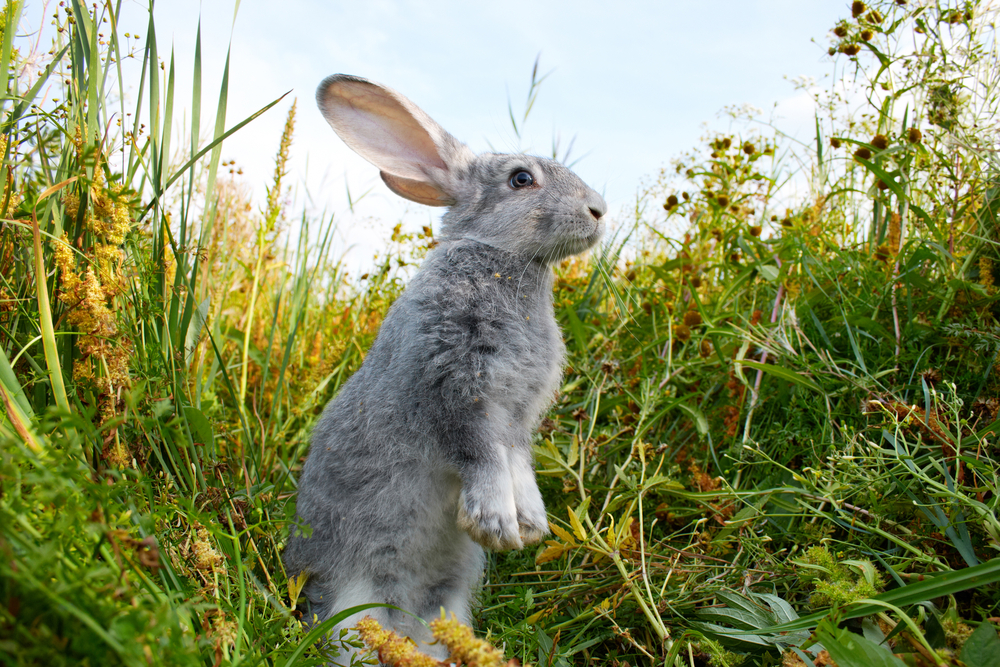 Rabbits, chicks, and ducklings are the animals most commonly purchased just before Easter. Anne Martin, Executive Director of the House Rabbit Society in Richmond, California, says that her organization receives thousands of abandoned rabbits each year; the House Rabbit Society’s peak season annually is late spring through early summer, roughly one to three months after Easter. According to National Geographic, in 2017, rabbits were the third most popular pet in America and also the third most abandoned. Many rabbits are abandoned carelessly into the wild, where they fare poorly, as they are not accustomed to fending for themselves.

The National House Rabbit Society reveals that most rabbits purchased as Easter gifts die within a year, whereas rabbits’ natural lifespans range from 10 to 14 years. The most prevalent causes of death include being fed improper diets by uninformed caretakers, being killed by other animals after abandonment, and escaping into the wild from improper enclosures. Animals abandoned at overwhelmed shelters are likely to be euthanized. Too many rabbits, chickens, and ducks, while initially desired as Easter decorations or entertainment, are cast away once interest wanes or animal care becomes too burdensome.

Many of the creatures sold as Easter animals are raised in dismal circumstances. In an interview with Business Insider, Farm Sanctuary Director Susan Coston says that many ducklings and chicks sold around this time are byproducts of the animal farming industry. Chicks rendered “useless” by the egg industry, whether due to excess “supply” or because they are male, are sold for Easter rather than killed. Nancy Beall, President of the Atlantic County Society for the Prevention of Cruelty to Animals, told the Press of Atlantic City that many farm supply shops sell animals for Easter as a side business. The existing animal farming industry enables or directly conducts many of the Easter sales of rabbits, ducklings, and chicks.

The Responsibility and Health Risks are Real 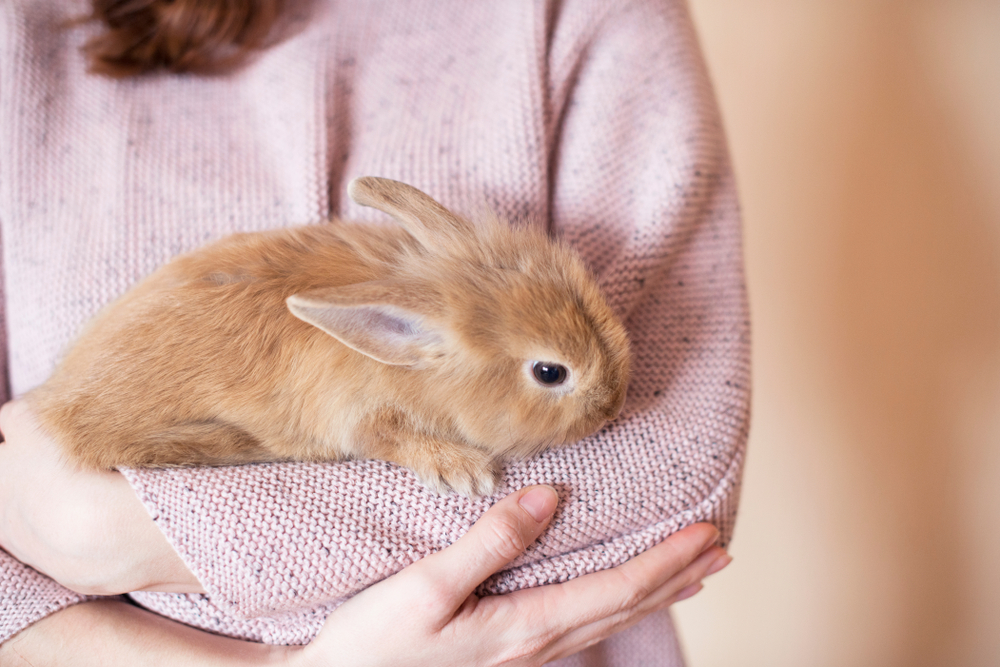 The typical “Easter pets” are not low-maintenance companion animals. Initial adoption fees, equipment, supplies, and housing can cost as much as $300; caretakers can expect to spend up to $800 annually on food and other ongoing expenses, not including veterinarian bills. Rabbits are not only expensive; they can be challenging as pets. Rabbits are energetic and curious creatures, prone to hopping, exploring, and chewing on everything from furniture to molding to wires. Rabbits are prey animals, and while they can be friendly, they tend to not enjoy being petted or picked up, creating a situation that disappoints the human companion and traumatizes the rabbit. Larger animals such as chickens, ducks, and pigs require proper enclosures to be safe and happy. Committing to care for one of these types of animals is a substantial responsibility and not synonymous with an impulse purchase before a holiday.

Some state laws are already in place in attempts to curb sales of these “holiday” animals. A New Jersey law prohibits people from selling, attempting to sell, bartering, giving away, or displaying baby chicks, ducklings, and rabbits that are dyed different colors or are under two months of age and intended as household animals. In 2019, California became the first state to pass a law prohibiting retail stores from selling commercially-bred rabbits, dogs, and cats. Even some pet stores have enacted restrictive policies of their own. Pets at Home, the United Kingdom’s largest pet supplies retailer, does not sell rabbits before Easter, instead giving interested bunny buyers a voucher that becomes valid for redemption only after the holiday. Laws and policies such as these are crucial to protect animals from becoming victims of impulse buying.

Another reason to not purchase animals for use as Easter ornaments is that holiday decorations and treats threaten the health of these creatures. According to veterinary assistant Natalie Pagnusat of the Humane Society of Ventura County, candies and other sugar products can be toxic; chocolate, for example, contains theobromine, which is poisonous to many animals. Easter lilies—white trumpet-like perennials that are popular as holiday decorations—are also highly toxic; consumption of any part of the flower can lead to kidney failure and death for many creatures. Plastic Easter eggs, synthetic grass, and tinsel all pose choking hazards. Items such as these can also become entangled in animals’ intestines. Purposefully putting animals in risky or life-threatening situations is irresponsible and possibly fatal.

Humans, meanwhile, can be exposed to germs and illnesses carried by other animals and can suffer serious symptoms, especially if they are chronically ill, immunodeficient, pregnant, or elderly, according to Washington State University. Rabbits, particularly those from illegal breeders or pet stores and those caught or kept outdoors, can carry and transmit bacteria that cause infections, abscesses, fungal infections, skin conditions, and even serious pulmonary diseases. According to the Wyoming Department of Health, chicks can expose humans to salmonella, a bacteria which can cause mild to severe symptoms such as diarrhea, fever, stomach cramps. Contracting an illness can increase the chance of caretakers deciding to abandon the animal they once wanted so much.

Animals are sentient beings and deserve to be treated as such. They are not decorative objects or entertainment for humans. New legislation—including federal legislation—is needed to severely restrict, if not entirely prohibit, the sales of animals before holidays. Animals are not items akin to Easter toys or chocolates; they are living creatures who deserve to lead full, natural lives that last much longer than one season.