Invisible Ones: The Plight of Homeless Pets in America 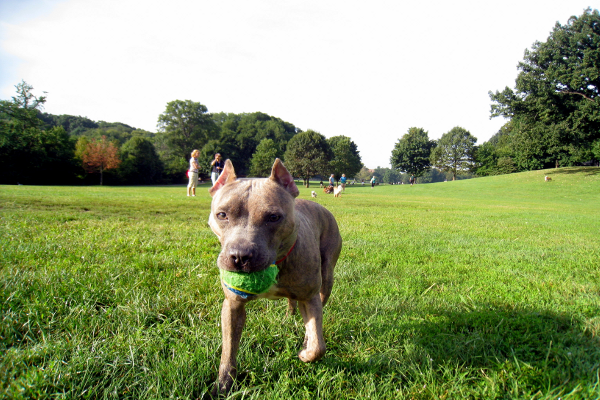 Cowering under parked pick-up trucks, slinking through weeds at the side of the road, or staring out of cinderblock cages …. They’re everywhere and yet invisible. In America there are millions of them, and in other countries the numbers are even worse: homeless, lost or abandoned dogs and cats.

How is it in our modern society where billions of dollars are spent each year on such things as doggie daycare, pet strollers, neon claw polish, organic pet food, and designer collars that there is such an appalling flipside to the same coin?

The Humane Society of the United States estimates that 4 million dogs and cats will be “euthanized” this year in American animal control facilities. Due to the efforts of animal welfare groups and individuals, there has been tremendous progress made in the last decade or so, bringing that figure down from 20 million in the 1990s. But obviously much work remains to be done.  Why are we still allowing pet stores on Main Street to sell puppies and kittens, when the county is spending our tax dollars to kill puppies and kittens on the next street over? Why are dog and cat breeders filling their backyard kennels with litter after litter, when EVERY breed of dog or cat is already available at an animal shelter or rescue group nearby and desperate for a home? Clearly, a realignment of priorities is needed.

These issues arrived on my computer screen a couple of years ago, compactly telescoped in the form of a thumbnail photo of a brindle-coated, ear-cropped, emaciated, small pit bull, whose name turned out to be Mocha. It was her eyes that got to me first: brown, intelligent (an “old soul” people say), and imploring. Her mug shot was posted on FosterDogsNYC.com by her foster mom, and time was running out. If a permanent home could not be found for her within a few days, she would be 1 of those unfortunate 4 million.

Since I lived in a building in Brooklyn, New York, with a number of roommates, I couldn’t possibly rescue her. But I wanted to meet her anyway. I jumped in the subway and emerged on Manhattan’s Upper East Side. Within a few minutes, my face had been thoroughly caressed by a whale-sized tongue, four legs were off the ground, and Mocha was in my arms. Until then, I had always thought love at first sight was a mere fairytale.

Not much was known about her history. She had already gone through at least one heat cycle, because her nipples were prominent. No one knew if she had mothered any puppies. Most likely, she had been in the hands of illegal dogfighters who had chopped off most of her ears to make her a leaner fighting machine. Perhaps they tossed her into the street when they realized she was not a fighter. Instead, she was exuberant with her affection. After some fast talking to my roommates and ultimately a move into a new apartment, Mocha was mine.

Abstractly, I am connected to and enriched by all the cows and chickens and fish and other animals that I do not eat. At a hazy distance, I can celebrate the lives of the animals whose hides and skins and fleeces I do not wear. But now, with Mocha, there is a concrete immediacy to my vegan outlook. She has inspired me to take a more proactive approach to getting the world back in synch.

Mocha now appears as the cover girl on my line of vegan chocolate bars and truffles, sold under the Rescue Chocolate label. I started the company with the idea of donating all profits to various animal rescue organizations around the world. Each chocolate product is named after a rescue issue, such as the importance of spaying and neutering dogs and cats, the lifesaving work of foster moms and dads for these animals, and the misguided breed-specific legislation aimed against my sweet pit bull and others like her.

To date, I can report on success all around. Who doesn’t like chocolate, or animals, or both? Thousands of people—hailing from 48 states, 2 Canadian provinces, and 3 European countries–have gotten the rescue message along with their chocolate. About 50 rescue organizations have been recipients of Rescue Chocolate profits, allowing them to buy a few more bags of dog food or build out a few more feet of space at their no-kill shelters.

One day, in my lifetime, there will be no more homeless pets, or perfectly healthy animals killed just because of the lack of loving homes. We are moving in the right direction, getting our priorities realigned slowly but surely. And, as any chiropractor can tell you, realignment feels great!