How Killer Whales are Exploited for Entertainment

Since the mid-1800s, marine mammals have been caught and imprisoned for entertainment. P. T.  Barnum displayed dolphins and belugas, and, in the late 1800s, the Brighton Aquarium in England displayed harbor porpoises. By the 1870s, whales and dolphins were being captured and sold to parks in the United States and Europe. Major circus acts, such as Ringling Bros. and Barnum & Bailey Circus, have phased out the use of wild animals for audience entertainment. Many marine theme parks have promised to no longer feature trainers in the tanks with orcas but have not yet done so.

I founded Sea Shepherd Conservation Society in 1977 and have spent decades on the high seas conducting numerous anti-whaling campaigns to protect these and other magnificent sea mammals from slaughter. Since captivity itself is often a death sentence for orcas, Marine wildlife enthusiast Tiffany Humphrey and I have written an exposè on this form of  “entertainment” in our book ORCAPEDIA: A Guide to the Victims of the International Orca Slave Trade. 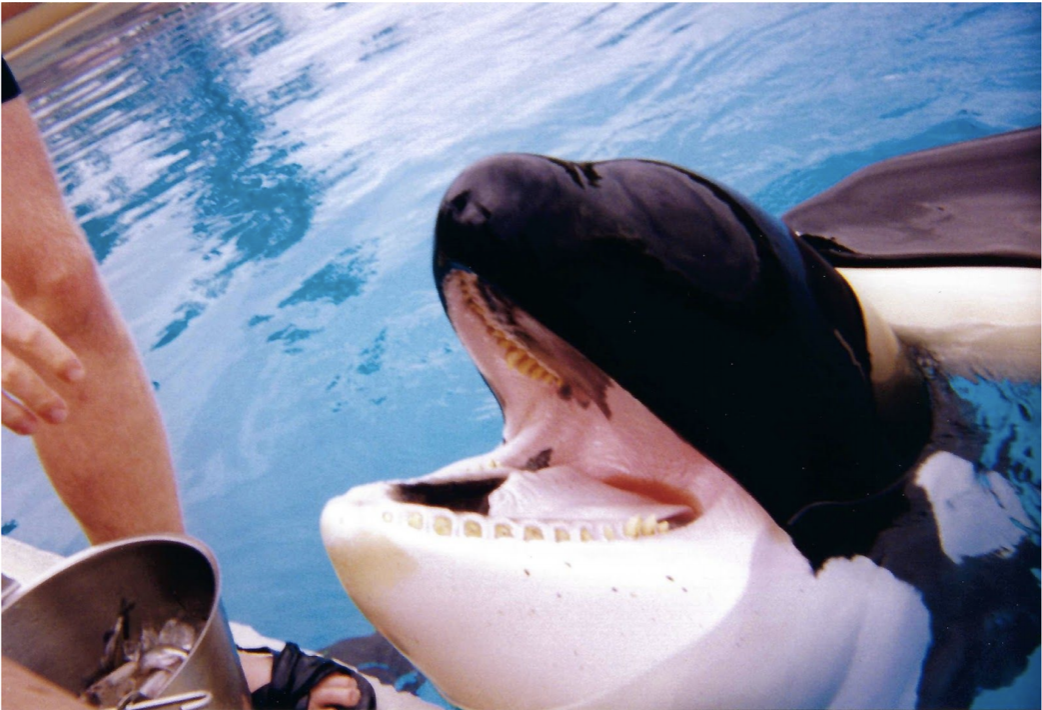 Let’s first meet Orcinus orca, more commonly referred to as killer whales but also known as blackfish and grampus, the largest members of the family Delphinidae. There are only around fifty thousand killer whales in existence at this time, and while the Southern Resident orcas are on the endangered species list, all killer whale species are at risk. They have no predators, and, within ecotypes, their diets may include fish, birds, cephalopods, elasmobranchs, and marine mammals, such as other whales, porpoises, and sea otters. Although orcas are deadly to other aquatic wildlife, no human deaths have been attributed to orcas in the wild and they very rarely attack, even when their young are being taken away from them.

The orca’s dorsal fin acts like a keel on a sailboat and offers stability. Orcas can be identified by their saddle patches, the light area behind the dorsal fin, which can be compared to a human fingerprint in that no two are alike. Different pods have unique dialects, further differentiating orca ecotypes. Orca sightings are common among the coasts of Antarctica, Argentina, Australia, the Bahamas, Canada,  Europe, Galapagos, Iceland, New Zealand, Norway, and the United States.

There are over 60 orcas in captivity today 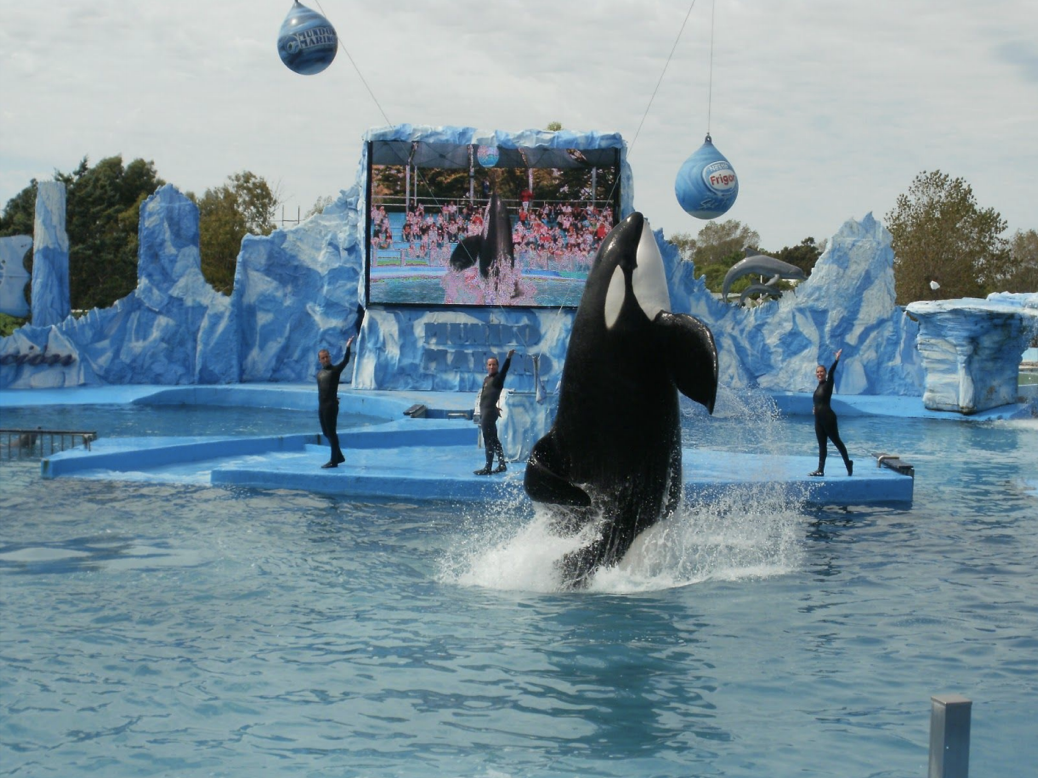 Keiko was the male orca who portrayed Willy in the 1993 film Free Willy. An international movement finally led to his release in 2002. Shamu was a nine-year-old orca at SeaWorld San Diego that was infamous for bucking off the secretary of SeaWorld, Annette Eckis, and grabbing hold of her leg, which resulted in Ms. Eckis needing over one hundred stitches to close her wound. Shamu died later that year,  and SeaWorld trademarked her name, bestowing it upon various orcas at different park facilities and designating September 26 as National Shamu Day. Fast forward to 2020 and there are now close to sixty orcas in captivity.

Lolita is a member of the Southern Resident Orca population which was placed on the endangered list in 2015 by the National Marine Fisheries Service. She was captured in Penn Cove, WA at age four years old. She was part of a roundup that occurred in August 1970, when eighty orcas were caught in a large purse seine net and seven were chosen for parks. Only one from that capture remains in captivity today and that is Lolita who resides at the Miami Seaquarium. Even though she is twenty feet long and weighs 7,500 pounds, her tank is the smallest in North America. She lives alone in this small tank and is one of the oldest orcas in captivity.

Katina, Makaio, Inouk, Kamea, Sakari, and Nakai are among the inmates that do not have a movie to help them get released. ORCAPEDIA features them all and shares facts about their genealogy; their date of birth or the age they were when captured; their size, weight, and height; and any behavioral issues they may have, with the hope that these individual stories will inspire a call to action. These are the survivors. Over 144 orcas have died in captivity.

How orcas suffer in captivity 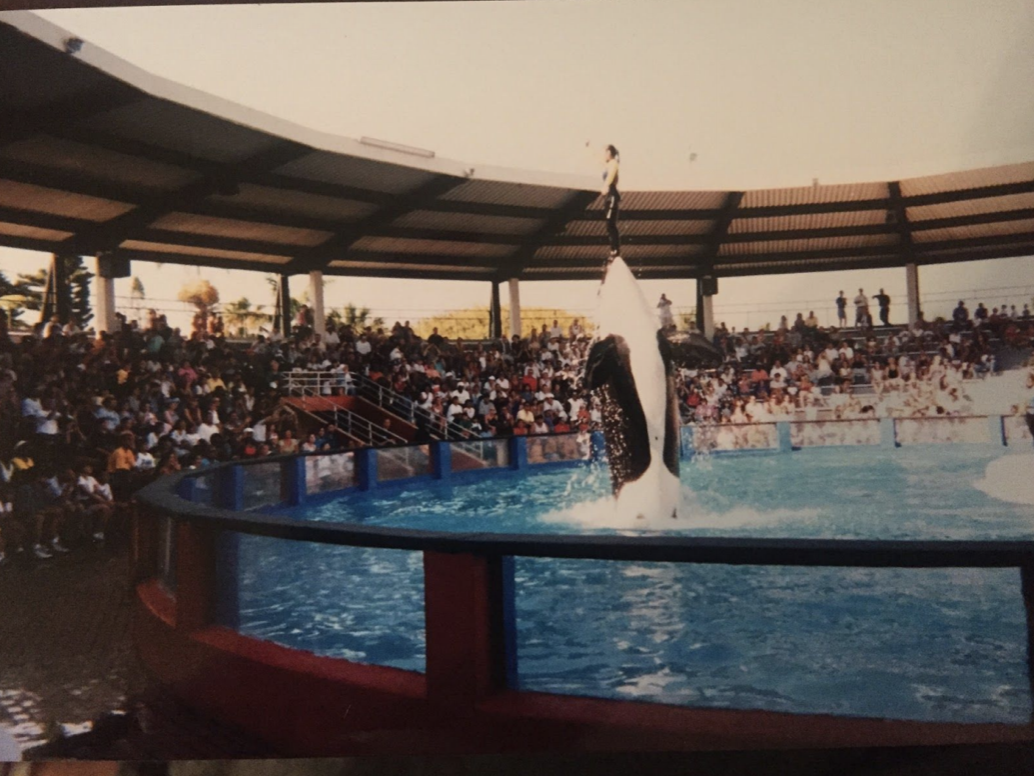 In addition, there are myriad detrimental health effects associated with being confined, including the  following:

What should be the fate of captive orcas? Since most orcas have drilled teeth, making them prone to infection and, in some cases, incapable of catching fish, releasing them into the wild is not ideal. Yet keeping them in captivity, even if they aren’t forced to perform, is equally undesirable. Watson and  Humphrey believe that sea pens are a viable option. Sea pens would allow orcas to be able to dive to greater depths, have more room to avoid aggressive acts by other whales, have access to adequate water intake by eating live fish (that they catch or that are given to them by caretakers), and maintain natural social structures, including having babies remain with their mothers.

If you would like to become involved, these organizations are working to protect and defend orcas  worldwide and would welcome your support:

The US Congress enacted the Marine Mammal Protection Act (MMPA) in 1972 and the Endangered  Species Act (ESA) in 1973. The MMPA does not restrict taking marine mammals for public display or the commercial fishing of orcas for scientific research. For more information on both of these acts, visit the  National Marine Fisheries Service at fisheries.noaa.gov.