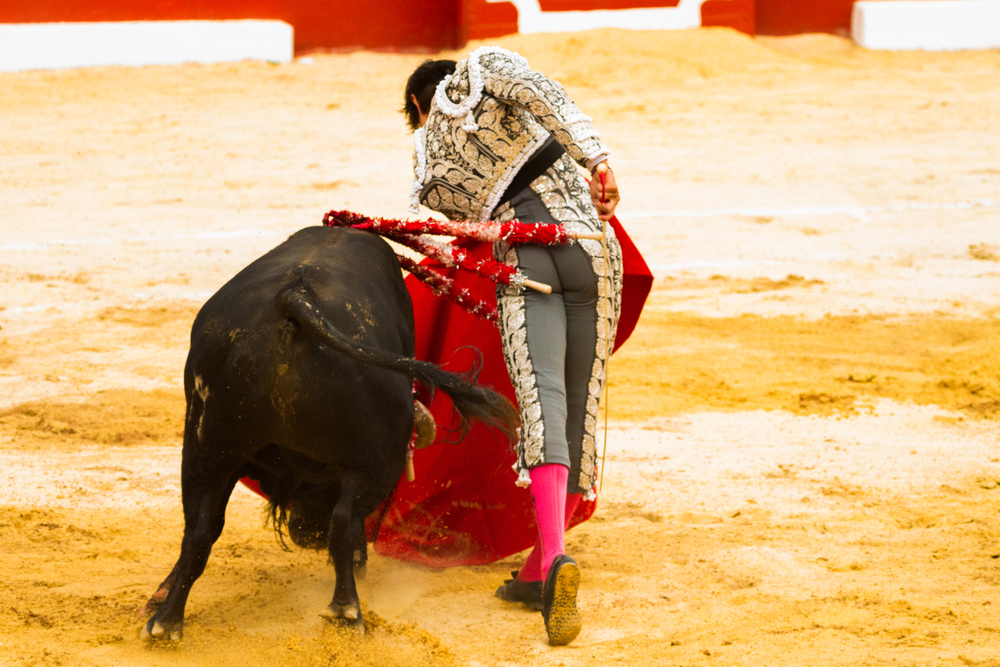 Bullfighting is cruel and sickening. There’s no other way to describe it. The participants and the audience are entertained by someone whose profession (matador) translates to “killer” in English. In this bloodsport, the matador tortures a bull, spiking him with banderillas (spiked sticks). A few months ago, a heart-wrenching video went viral of a matador wiping a bloodied bull’s tears before killing him. How is it not obvious that the bull is suffering? And now another, debatably even worse, video has surfaced.

Warning: the video below contains graphic and distressing content. Please use discretion.

NOTHING about this is entertaining. RETWEET if you know bullfighting needs to end!pic.twitter.com/5Y8TxWDyH9

The footage captured by Anima Naturalis and shared by PETA on Twitter shows a matador brutally stabbing a bull in the head. It doesn’t end there though. The matador then twists the knife in the bull’s head as the animal is seen writhing in pain. The video is so devastating, it’s nearly impossible to imagine anyone thinking of such cruelty as entertaining.

In their petition to Pedro Sánchez, Spain’s Prime Minister, PETA explains: “Every year, thousands of bulls endure a bloody death in bullrings across Spain. These deaths are slow and painful: men on horseback and on foot drive lances and barbed sticks into bulls’ backs before the tormented animals are stabbed with a sword or dagger. At the annual Running of the Bulls in Pamplona, terrified bulls are shocked with electric prods to force them out onto the streets, where they’re harassed by screaming mobs. The panicked animals often slip and crash into walls, resulting in broken bones and other injuries. Later, these same bulls will be barbarically killed in the bullring – a fact many tourists are unaware of.”

No animal should suffer this way. It’s heartbreaking enough that such a cruel tradition has lasted so long. You can sign PETA’s petition to the Prime Minister and you can sign this petition calling for a ban on bullfighting in Spain!