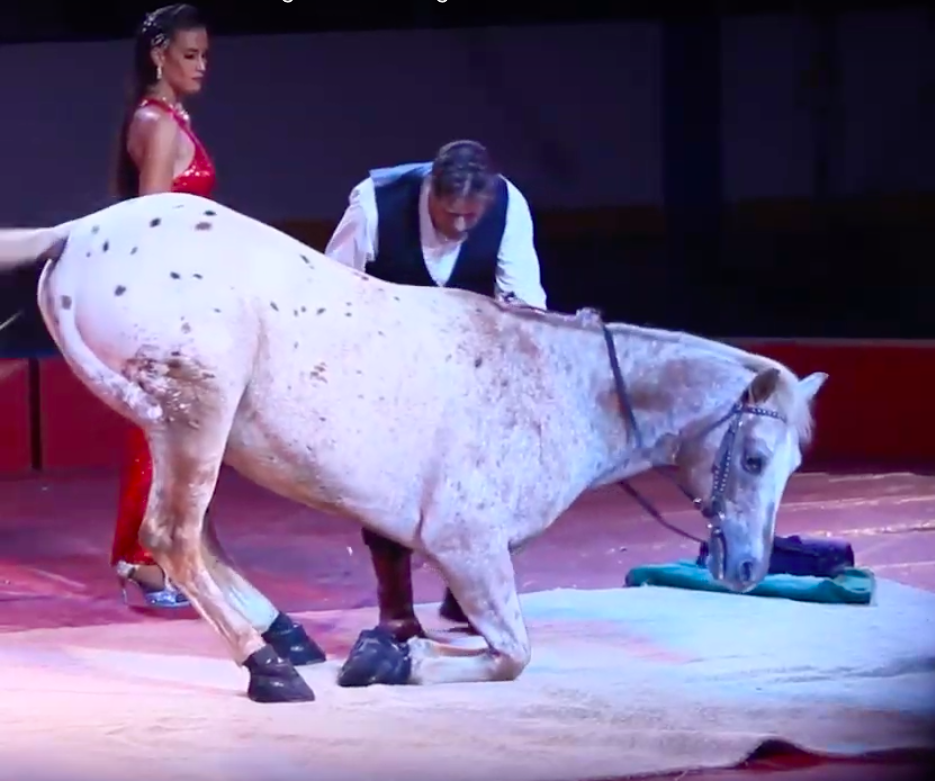 Circuses that include animal acts are absolutely cruel. There’s no way around it. Firstly, the animals don’t belong there. Wild animals should be free, not in captivity. Secondly, the final performance that people see and enjoy was achieved by abuse and mistreatment. Those kind of tricks are not natural to wild animals at all and the only way to make them do that is by threatening them with force and terrifying them into doing it.

There are so many times that circus “trainers” are attacked by wild animals. That’s for a reason. Recently, a lynx clawed at a trainer’s chest in a Russian circus. Another (because there have been many) distressed lion also attacked a circus trainer a few months ago.

At circuses, animals spend 96 percent of their lives behind bars. Animals are usually caged in excess of 26 hours and sometimes up to 75 or 100 hours. Starvation and dehydration are methods that force the animals into performing in order to receive food as a reward. The animals also suffer physical health ailments, but even worse, they become mentally distressed. And as the recent footage from Tangier Shrine circus shows, physical abuse is common when training animals for the circus.

The video above, released by PETA, shows a horse trembling after being repeatedly forced to bend his front knees despite his fear and resistance. Tigers and lions can be seen frantically searching for a way to escape while being terrified with a prod. These strong, powerful animals back away from a woman because she constantly threatens them with a prod. Camels are also seen being whipped in the face over and over again. It is abuse and it’s unacceptable.