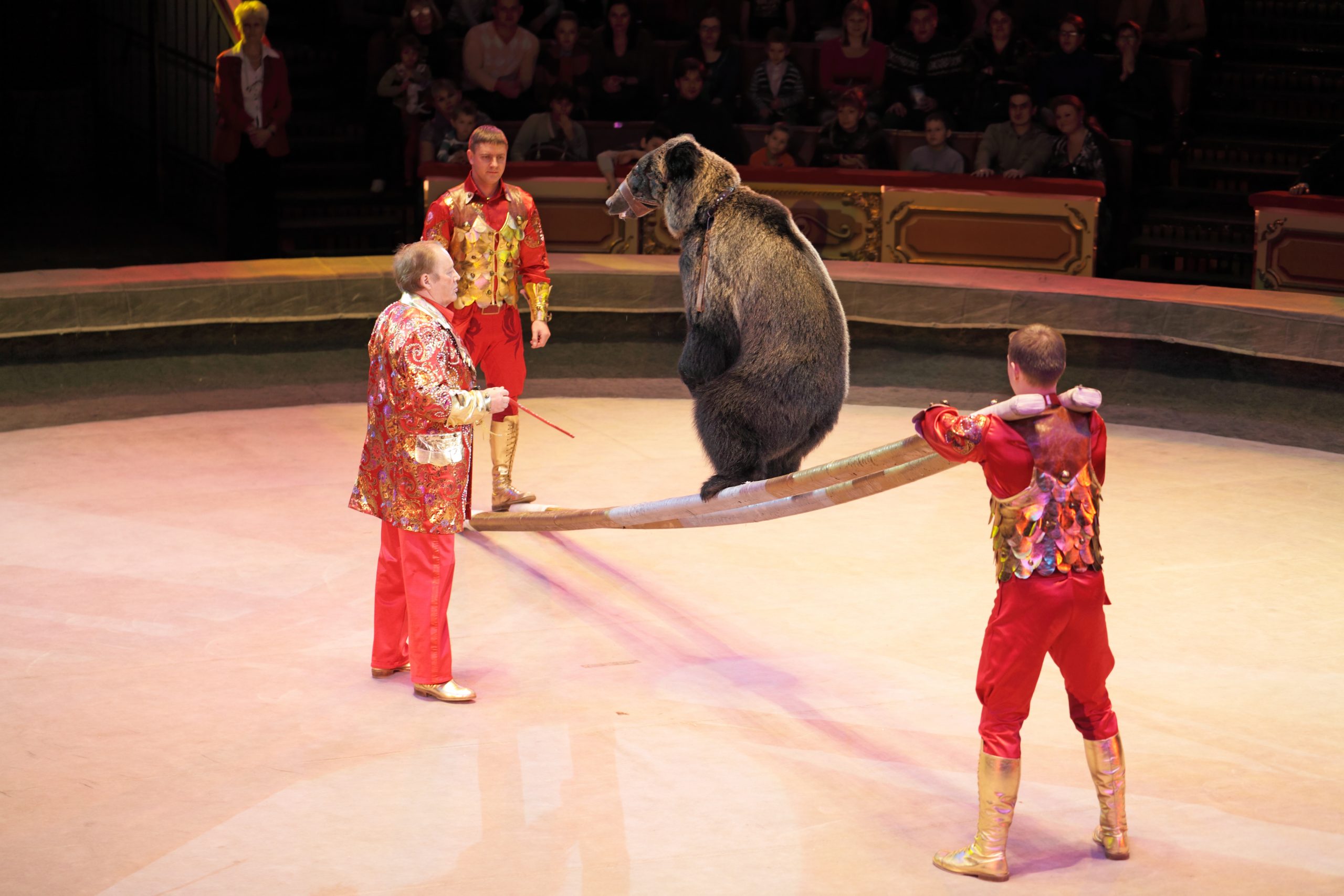 Another reason animals should not be used in circuses. A wild lynx that was part of a traveling circus caused panic at a show when it leaped into the air and clawed at its trainer’s chest and neck. After the trainer tugged harshly on the leash, the animal went into attack mode.

The touring circus from Sochi was stopped in Tskhinval in the breakaway Georgian region of South Ossetia, bordering Russia. As the lynx lunged at the trainer, children are heard screaming as the performance got out of hand. A mother in the audience said, “It was scary-there was no protective fence around the stage where he was performing.”

Animal activists are using the event as another example of why animals should not be used in circuses. Irina Novozhilova, of animal rights group VITA, said of the event, “No circus conditions will be humane for one simple reason. Training goes hand in hand with cruelty. Circuses are always cruel beyond limits. And circuses with animals should be banned.”