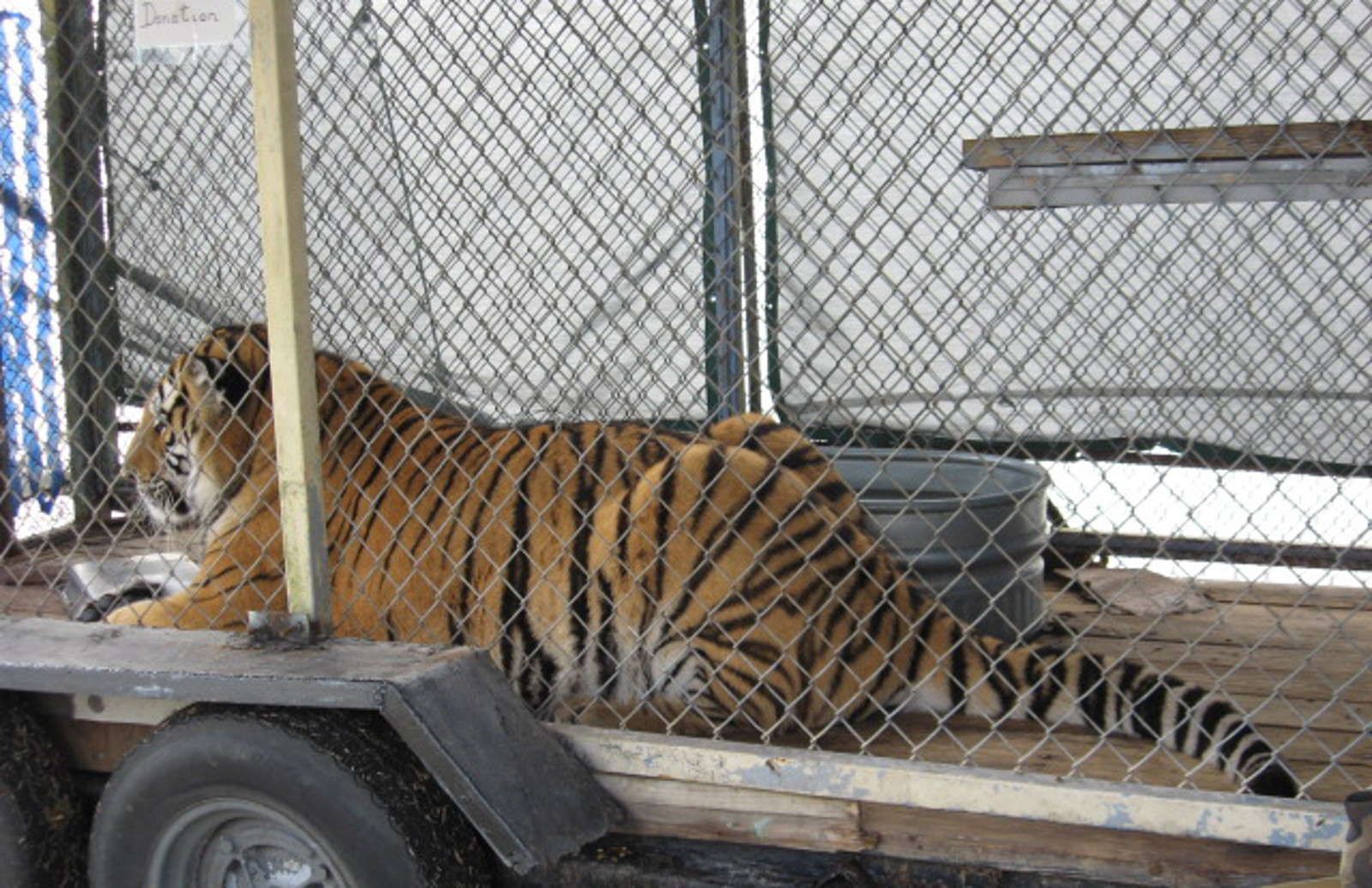 One day, nearly five years after moving to Charlotte County, I opened my free “Green Sheet” shoppers’ newspaper and found an advertisement for an arts and crafts show being held at Gilchrist Park in Punta Gorda. I was floored when I read the show featured a live tiger! I could not believe what I was reading.

I immediately made a trip to the park to see for myself if it was true. To my chagrin, there he was, a full-grown male tiger named Samson, in a cage at the back of the arts and crafts show. I was livid that someone could think it was okay to exploit this particular tiger to raise funds to feed all their animals at their “refuge” in Arcadia. This was not the first time a tiger or wild animal had been displayed in a cage at Gilchrist Park. It had been going on for quite some time. 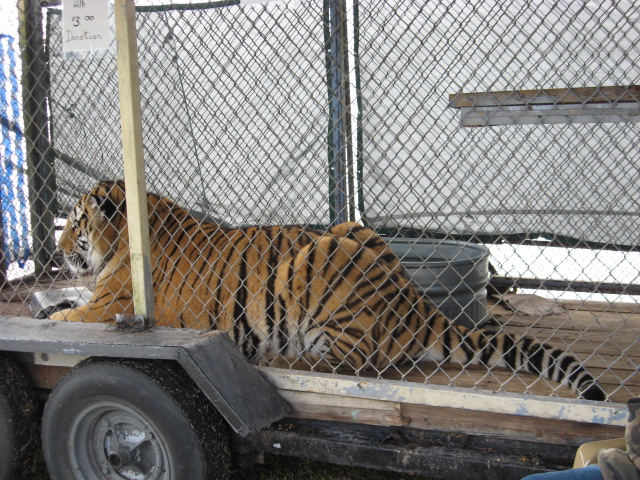 The cage was void of cross-ventilation as it was surrounded on three sides with plastic tarps. The owner of the tiger got angry at me for objecting to the display of the tiger. I told her it was cruel to have the tiger languishing in the Florida heat and humidity all day, but she objected, telling me that Samson “loves” to come to see the people at the arts and crafts shows. It was only later that I found out this tiger was being transported in that tiny cage not only from Arcadia to Punta Gorda, but also to North Port, Venice and other venues around southwest Florida. 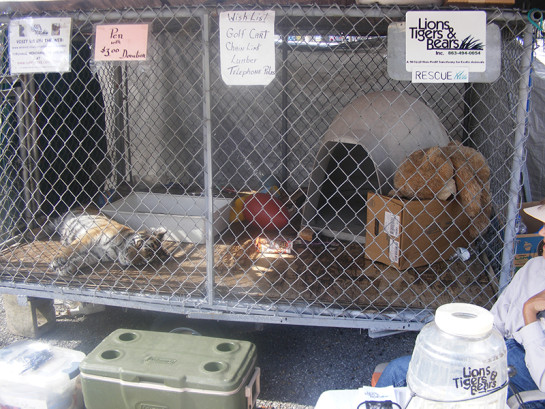 And that is how my quest to stop this madness began.

However, over time, I gained a few supporters and we protested every arts & crafts show at Gilchrist Park, rain or shine. We had flyers printed and gave them to anyone who would take them. After some time, I found out that just one person was in charge of authorizing the permit for the tiger (or other wild animal) to be included at the arts and crafts shows. That one person was the Punta Gorda City Manager, Mr. Howard Kunik. We included his name, email address and phone number on our flyers. We asked anyone who agreed that Samson was being exploited to contact the City Manager and voice their opposition to the tiger display. 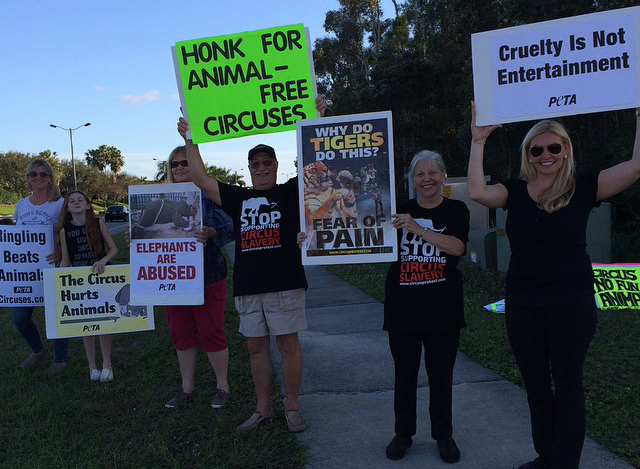 At that point, we nearly gave up.

Instead, we decided to persevere and do everything in our power to convince the City Manager to stop authorizing the permit. We met with Mr. Kunik several times. At first he seemed uninterested, but as time went on, we felt we may be able to convince him to rule in our favor. It was at that point in time we opted to try a petition.

We composed the petition and asked for support from the Animal Rights Foundation of Florida (ARFF). ARFF was in support of our position and gave us permission to use their logo on our petition so it was ready to go. This past snowbird season, at each of the six arts and crafts shows, we asked patrons to sign our petition. The shoppers were overwhelmingly opposed to the transportation to, and confinement of, the tiger for the duration of the events in the  Florida heat and humidity.

We are ecstatic to report that our years of protesting have finally paid off! Recently, Mr. Howard Kunik, City Manager of the City of Punta Gorda, informed the event organizer that the display of a caged wild animal will no longer be permitted. We applaud Mr. Kunik for making the right decision for the animals and for his kind and patient attention to our concerns related to this matter over the years.

However, our work is far from over as the caged wild tiger is also displayed at other venues, such as the Shoppes at North Port.