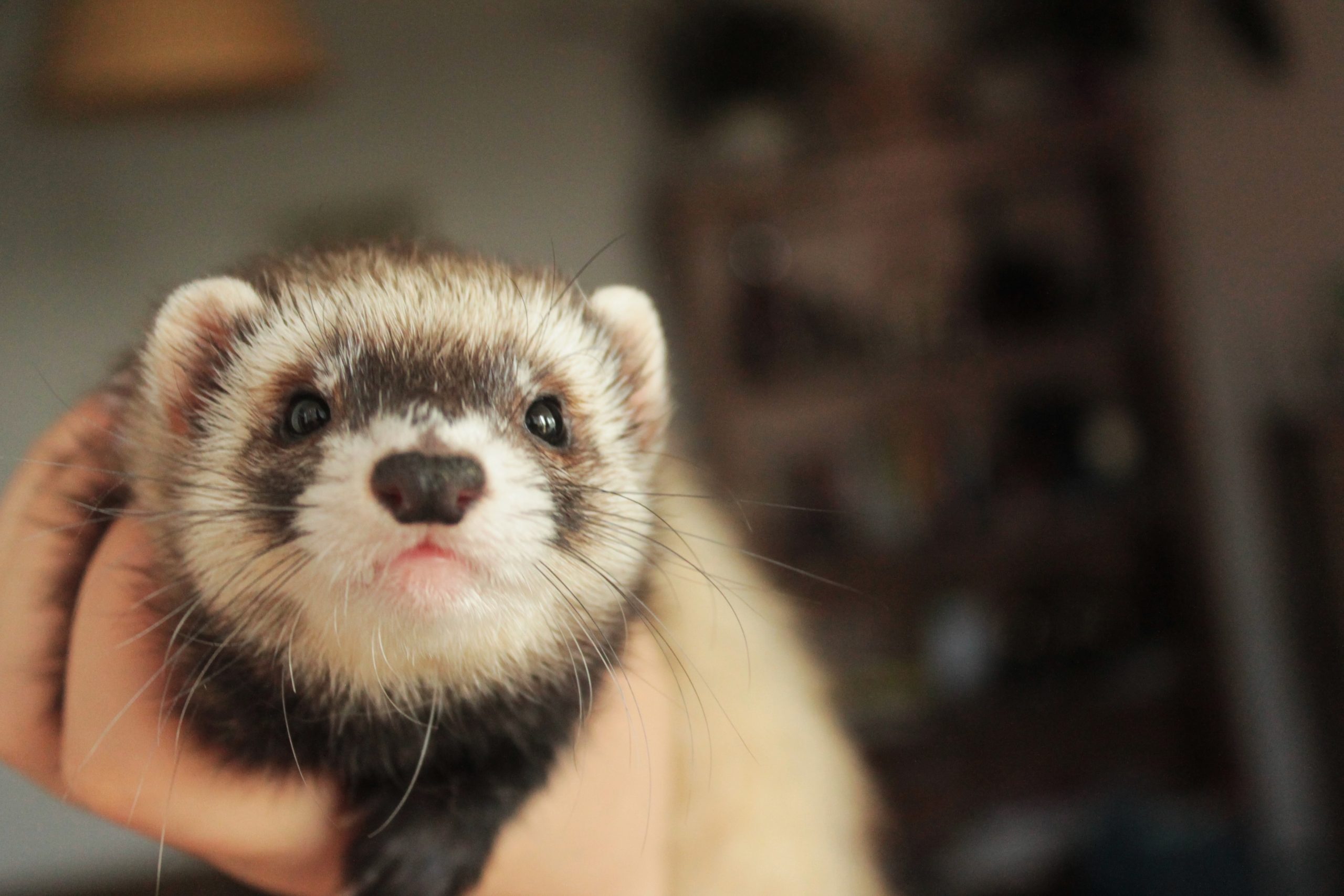 Ferrets are sensitive animals who require a lot of care and attention if you decide to bring one into your home. Recently, they’ve become quite common as companion animals. Perhaps in response to their popularity, ferret shows have been popping up all over the world for several years now.

What are Ferret Shows?

There are two different types of shows: Specialty and Championship.

Championship shows involve rating the overall characteristics of the ferret. This includes, “body structure, conformation, muscle tone, temperament, maintenance (how well the owner takes care of the ferret), and, to a lesser degree, their color,” according to Kym Costanzo, Vice President and Director of Shelter Operations at The Pennsylvania Ferret Club and Shelter.

Specialty classes focus on specific qualities, like color or pattern. The ferrets that share this quality are judged against each other. Costanzo gives the example of, “if your ferret is sable in color, he or she can be entered in the Sable Specialty class, and will be judged against up to 20 other ferrets of the same color.”

The basic procedure involves waiting until your number is called and then handing over your ferret to a judge, or dropping them off in a carrier, which is basically a small cage used for traveling.

The judge will then examine the ferret for maybe a couple of minutes and notify you when it’s time to come and pick them up. Once every ferret has been judged, ribbons will be handed out to the winners.

Just like the Westminster dog shows you see on tv, ferret shows are for the enjoyment of the people who “own” ferrets, not the ferrets themselves. One way to view these shows is to think of how they would come across in a human context. Would we really just drop our human babies off with a random judge, or several judges, to have them thoroughly examine their muscle tone, color, body structure, etc.?

The fact that the judges actually prefer to have the ferret facing away from them when they are handed over, so as not to startle the ferret for fear of being bitten, may be a good indicator that the ferrets aren’t as excited about the competition as their human counterparts.

These shows also promote animal breeders because participants want their ferrets to have certain physical and behavioral attributes in order to win ribbons.

A majority of the ferrets bred in the U.S. come from either Marshall Farms or Path Valley, large commercial breeding operations. Since 2007, Marshall alone has received over 20 animal welfare violations, mostly due to terrible living conditions and ferrets not receiving proper veterinary care.

Another large breeding mill, Triple F Farms, was infiltrated by a PETA undercover investigator. Thousands of ferrets were found cramped together in small, filthy cages, often without access to food and water. Many fell between the gaps of the cages onto waste-covered concrete floors where they slowly starved to death, were run over by carts, and even thrown into an incinerator while fully conscious.

Lastly, although ferrets can be great companion animals if taken care of properly, some areas ban them from being kept as pets because of the possibility of them threatening wildlife and their aggressive behavior. In fact, there was a case in 2015 in which a baby was brutally attacked by ferrets and had to undergo life-saving surgery.

Make and hand out pamphlets detailing the exploitation of ferrets in shows and from breeders. Contact your local authorities if you find out a ferret show is taking place in your area and voice your concerns.

Understand the particular care involved if you decide to house a ferret. Never buy Marshall Pet Products, which is owned by Marshall farms. And always adopt, never shop.