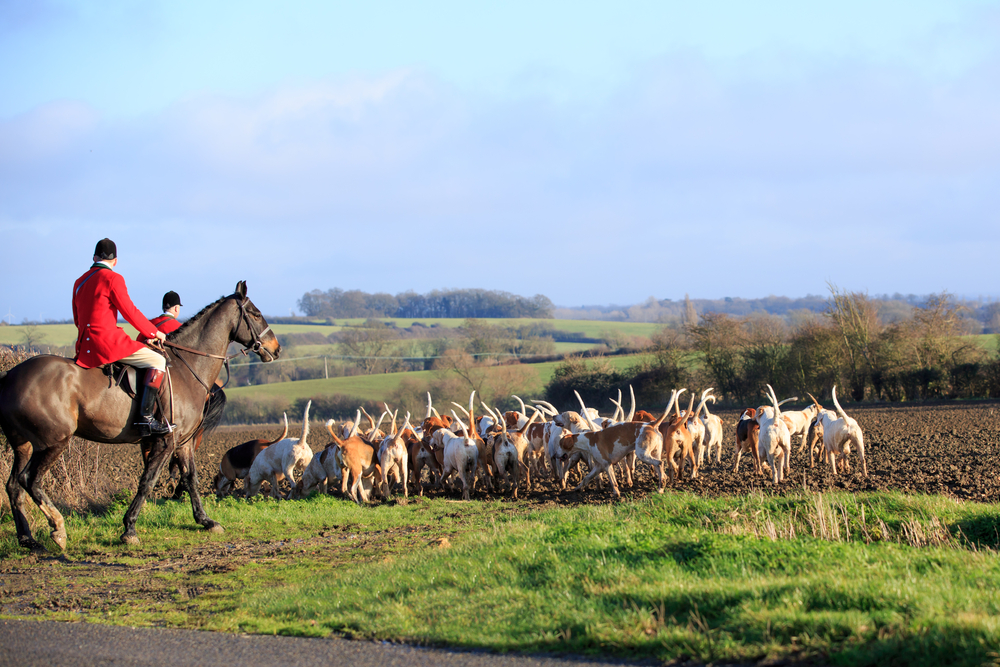 In the United Kingdom, it’s illegal to hunt foxes with a pack of dogs. But this law is weak and rarely enforced. Because of this, hunters continue to make these illegal hunts anyway. A particular hunt, though, is gaining lots of attention and outrage thanks to West Kent Hunt Saboteurs. The animal protection group set up drones to capture any illegal hunts, and the footage is absolutely devastating.

In the video, a fox can be seen trying to move away from the hounds that have traced him. Two hounds grab him first and tug him like a piece of rope before dozens of other hounds pile on top of the fox and continue to shred him to pieces.

Warning: the video below may be distressing to some viewers.

The fox was left decapitated and his bloody limbs can be seen on the ground after the hunt. Harry Blackhurst, of West Kent Hunt Sabs said: “We were speechless. How anyone can do that to an animal is beyond me. But nothing’s being done because the Hunting Act is weak, so they use any loopholes in the law.” He also added, “The most mortifying thing was when they killed the fox, they [the hunters] were all laughing.”

The hunters can be seen celebrating in the photo below shared on Facebook by the West Kent Hunt Sabs. One of the hunters has his fist up as if he’s achieved something.

The saboteurs are calling for the Hunting Act to be strengthened so that hunters do not get away with such cruel, illegal hunts. A spokesman from East Sussex and Romney Marsh Hunt has denied that the hunt was arranged and claims that some dogs may have deviated. However, the saboteurs said they saw the terrier-men circling the area for a long time so that the hounds could pick up the scent of the fox. They also heard the hounds “crying out,” which is a signal to the men that they’ve picked up the scent.

Fortunately, Sussex Police has begun an investigation after being provided the video from the saboteurs. As horrifying as this drone footage may be, it can be what was necessary for the Hunting Act to be strengthened and enforced. If you agree and want to urge the East Sussex Police and the Department for Environment, Food and Rural Affairs to make this case a priority, sign this petition!