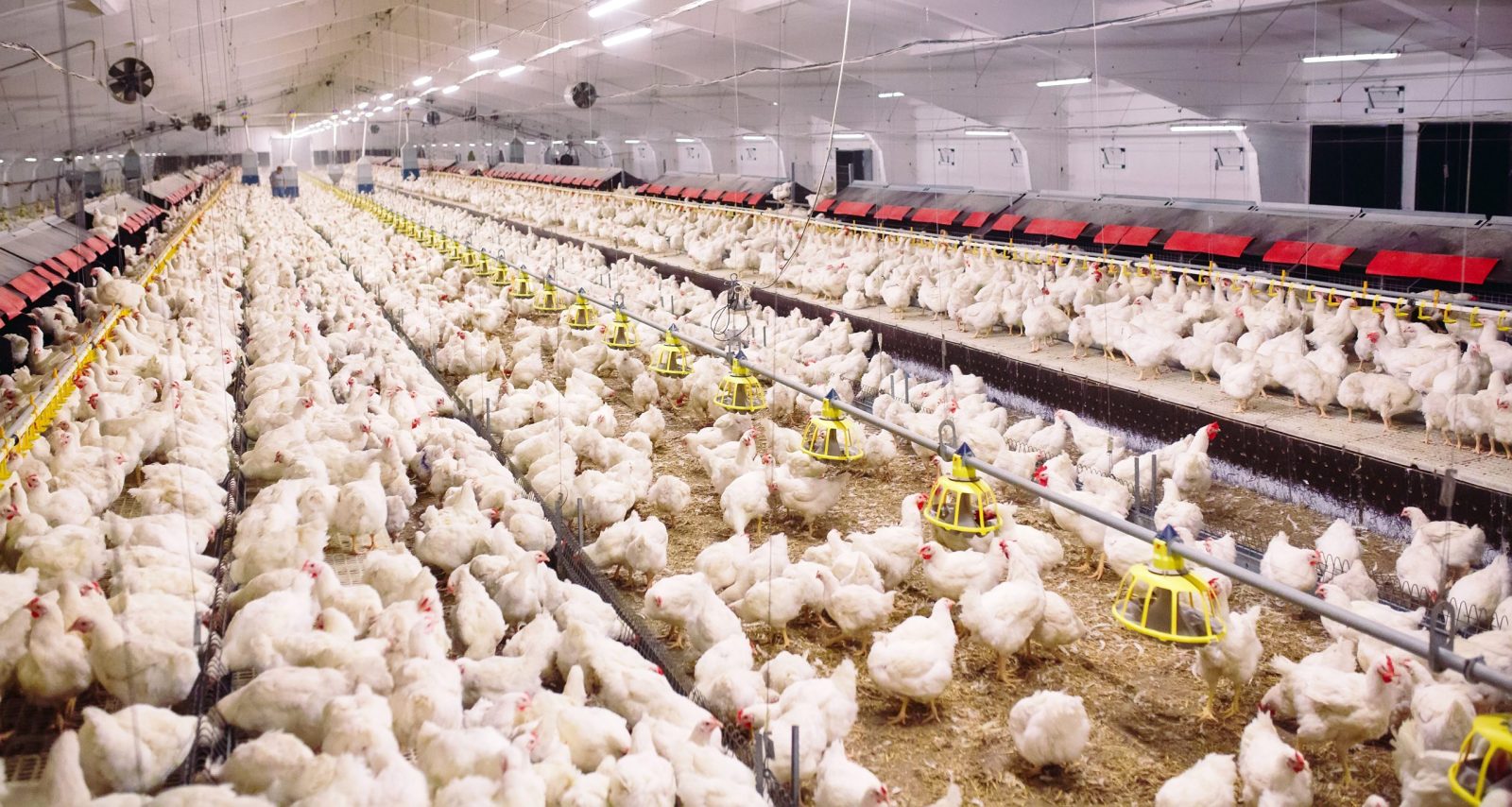 Spanish animal protection charity, Equalia, led an undercover investigation into an Italian chicken farm between July and August 2021. The raw footage is horrific and disturbing and shows the realities of poultry farms. The exposed chicken farm supplies chickens to AIA, Europe’s fourth-largest poultry producer, which sells its products around the world.

The video, published by the organization, Equalia, shows multiple decaying birds being eaten by other birds. Unable to stand up straight or walk, there are many birds with deformities and broken bones. Some birds are so broken, they can’t even reach the drinking trough.

We see AIA workers taking part in heinous animal abuse, kicking the birds, spinning them around by their necks until they are broken and dead, and standing on their heads until they take their last breath. The chicken’s obvious distress is incredibly disturbing and upsetting.

After viewing these facts, the organization, Animal Law Italy, lodged a formal complaint with the Italian authorities for the blatant crimes of animal abuse.

These birds’ inability to walk or stand up straight is often due to the exploitative practice of genetic selection. Poultry farms use genetic selection to reach maximum growth in the shortest period of time. This leads to chicken breeds that are inevitably prone to diseases, which the industry disregards as “production diseases”. The deformities and health problems are “treated” by pumping the birds with high doses of antibiotics.

Over 300 food companies have committed to changing this farming reality including Burger King, Subway, and Nestlé.

The European Chicken Commitment (ECC) is an agreement that sets a series of realistic animal welfare measures well within the reach of these large companies. The agreement calls for the end of fast-growing breeds, a reduction in the density of birds per square meter, and an end to hanging birds upside down.

The way poultry is currently being produced is not sustainable, safe, and doesn’t have consumer health in mind. The concentrated amount of chickens on these factory farms presents a risk to public health. A study has shown that having the same species in a confined space increases the risk of zoonotic diseases.

Avian influenza outbreaks in recent years on farms are another reason that methods need to be made to reduce the risk of zoonotic diseases. A possible measure is returning to the slow-growing breeds, which in turn, leads to higher disease resistance.

The effort to stop fast-growing chicken breeds is happening everywhere. The Morrisons Misery campaign in the UK is led by animal charities and is pushing for the supermarket Morrisons to discontinue the use of fast-growing breeds of chicken.

These chickens are often called “Frankenchickens” due to their unnatural growth rate, which causes them to suffer a wide range of health problems including heart attacks, lameness, white striping, and green muscle disease.

The Humane League UK has also submitted a judicial review for the banning of fast-growing chickens. The organization argues that it already is illegal because of current laws that prohibit the possession of animals that suffer “by virtue of their phenotype or genotype.”

“Equalia’s footage reveals enormous suffering, showing fast-growing chickens who are debilitated, injured and afraid. We call upon AIA and all chicken producers to do the right thing and adopt the European Chicken Commitment, and prevent consumers from unwittingly purchasing cruelty.”

Those who eat chicken are willingly supporting the heinous poultry industry and are often unaware of how the “food” they consume is actually being produced. We need to bring attention to these realities and stop the terrifying animal abuse in factory farming.

Sign this petition to help stop abuse in the poultry industry.