Think Cats Getting Brain Freeze is Funny? Here’s Why You Probably Shouldn’t 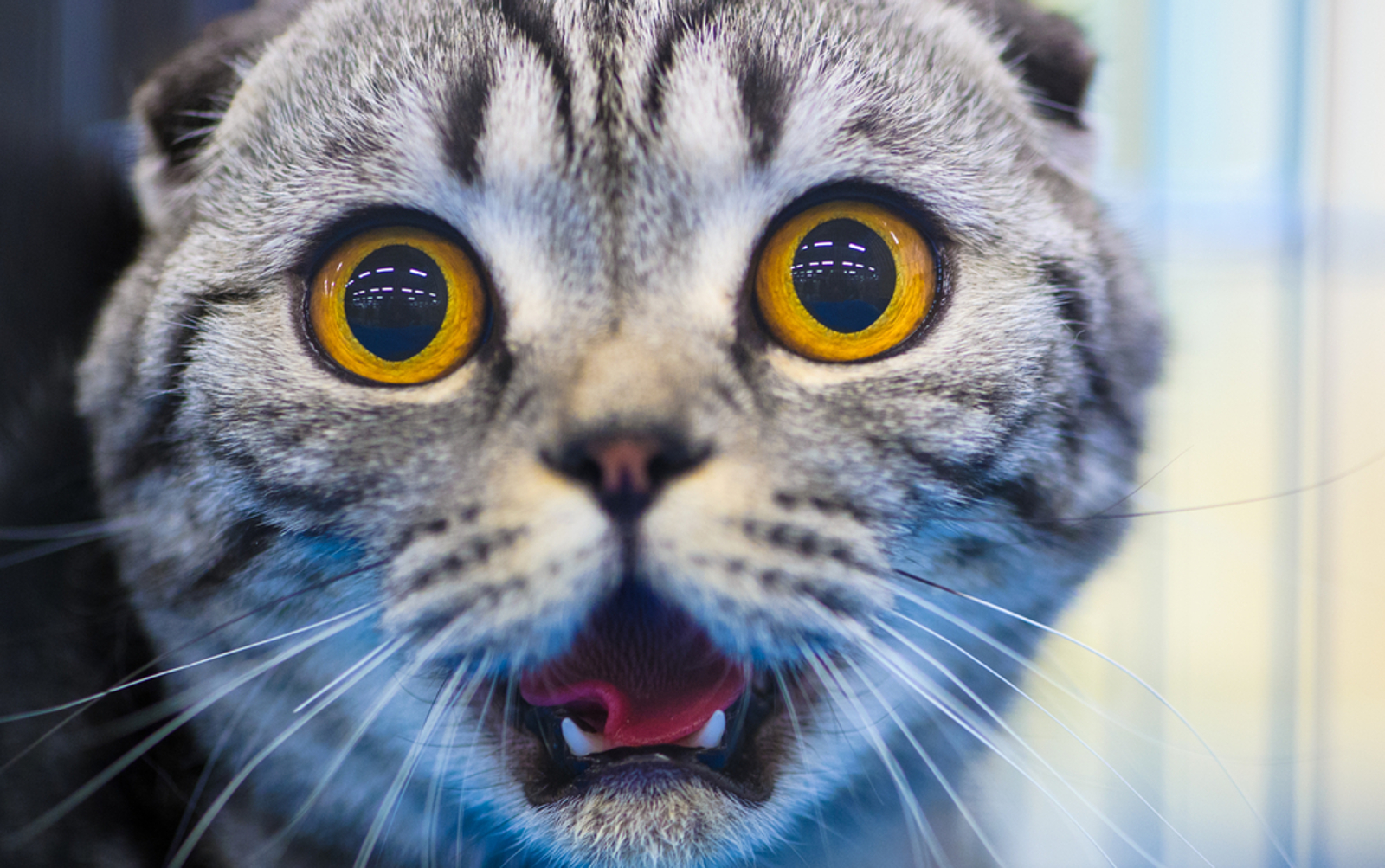 There is no shortage of cat videos on the Internet. We are all guilty of spending more time than we’re proud of trolling for things like cats knocking stuff over or being nauseatingly sweet asking for treats, but as with most videos featuring animal stars – not all are created equal. Amidst the sea of purely cute and funny videos featuring cats there are some that have our Green Monster alarm bells going off, most recently, it is a string of videos showing cats getting brain freeze.

These videos typically show people feeding their feline friends ice cream or letting them have a popsicle and after a few licks, the cats lurch back, mouth agape, in utter disgust, sometimes crying out at the same time. Granted, these videos have gained popularity because of the ridiculous face that cats make when they get brain freeze, so it may seem like pure fun on the surface, but this could be causing harm to our kitties. 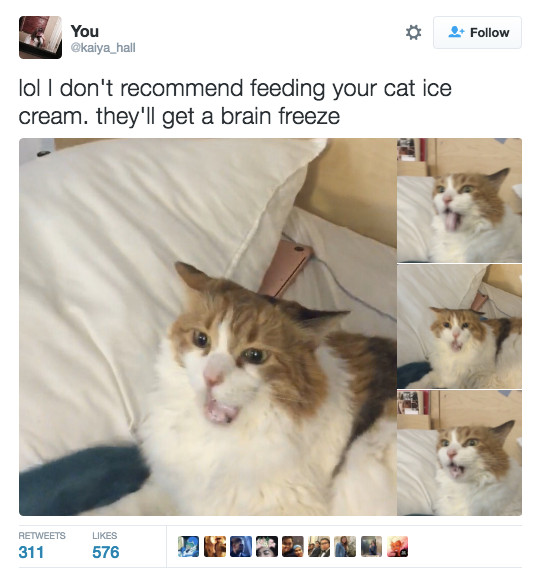 In a recent article in Washington Post, Dwayne Godwin, a neuroscientist at Wake Forest Baptist Medical Center in Winston-Salem, N.C., explained how brain freeze works physiologically. Basically, the sudden burst of cold effects the palate and the arteries that run all the way back into the throat. The temperature drop can cause the main artery that runs to the brain to change in diameter. Now the brain itself doesn’t have pain receptors, but the protective coating around the brain does – which could explain the overwhelming headache that comes with brain freeze.

Seeing as cat’s nervous systems are very similar to humans, they may experience the same bodily response to cold on their palates. While it is unclear if their causes lasting damage in a cat’s brain – or human’s for that matter – knowing that your cat is feeling the same pain you do when you get brain freeze, would you really want to let them eat your ice cream?

The fact is, subjecting animals to any kind of pain for the sake of our entertainment sends a very bad message. Our pets and companions trust and love us and it is up to us to do what is best for them at all times. Actively feeding them ice cream knowing it will give them brain freeze isn’t exactly the kindest thing to do to your furry friend. According to a representative from the UK-Based organization Cats Protection, around one-third of cats are lactose intolerant. Just like humans, cats can suffer from severe intestinal discomfort and problems as a result of consuming milk.

There might be 100 million cat videos on the Internet, but that doesn’t mean we should share all of them without evaluating what is actually happening to the cats and if it’s something we should support in sharing or pause and question if that’s how we’d like our fur-babies to be treated.