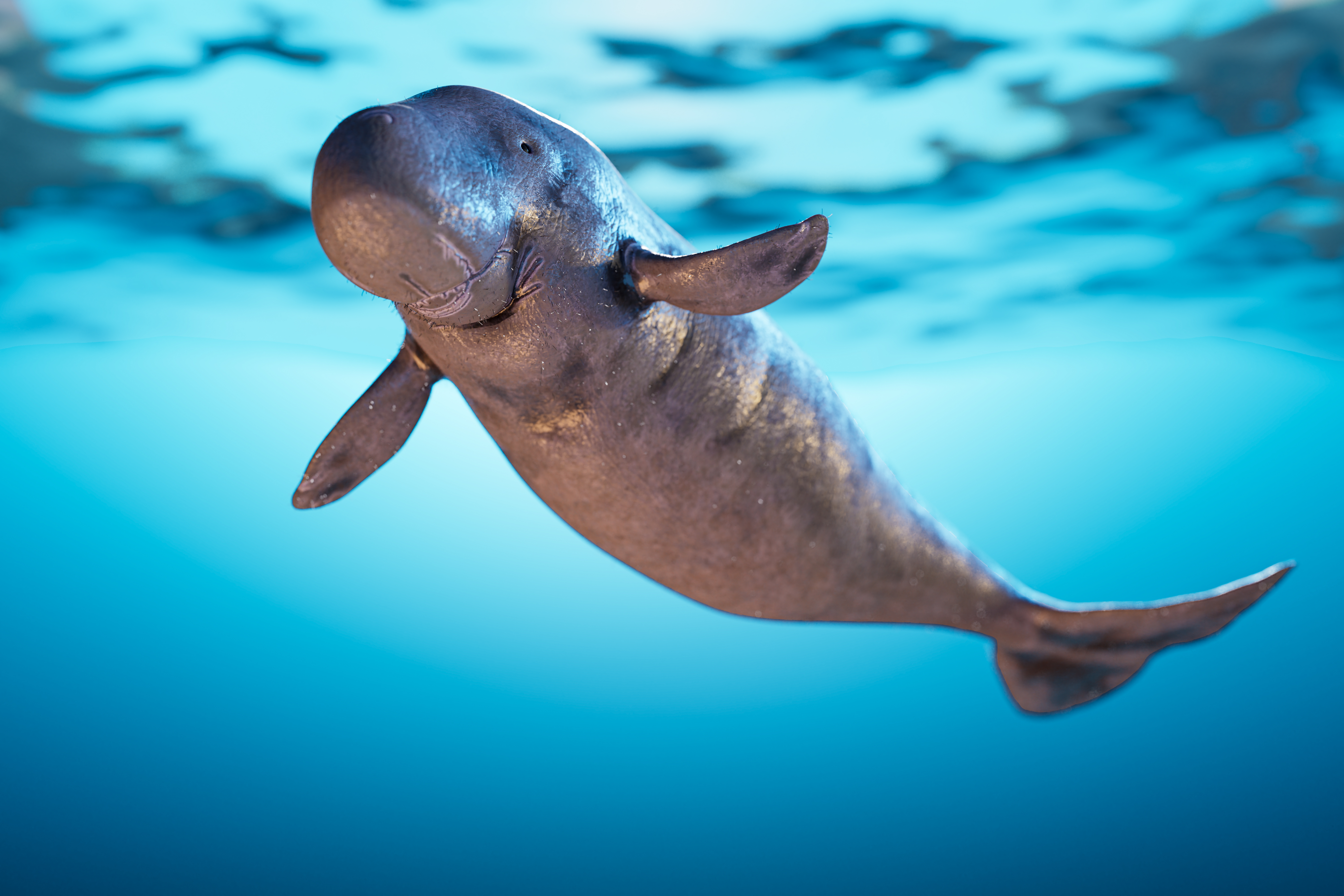 In April, biologists found an orphaned dugong in Southern Thailand and named her Marium. They promptly fell in love with the beautiful sea mammal as did many around the world. She was just five months old when she became an internet sensation after biologists posted photos and videos of the affectionate dugong. Marium was very affectionate and gave the best hugs, and always looked like she was smiling!

Despite the best efforts of the wonderful people caring for Marium and even hand-feeding her, she fell victim to one of the environmental disasters threatening our oceans and marine animals — plastic pollution. Recently, the precious and beloved Marium died after ingesting plastic.

Scientists brought Marium to an artificial sea for treatment after she was found with bruises. They believe she may have been aggressively chased and hurt by a male dugong during mating season. However, what they found was a lot of plastic waste in her intestine, which led to gastritis and blood infection.

According to the World Economic Forum, 8 million tons of plastic end up in the ocean each year. The plastic not only kills marine animals by entanglement, but also because the animals often confuse the plastic for food and consume it. Too many marine animals are being negatively affected by plastic pollution in these ways from turtles to seals, dolphins, and whales. The problem is so severe that even a dugong that was being well cared for and hand fed suffered from this.

It’s been decided that Marium’s corpse will be used for research and Natural Resources and Environment Minister Varawut Silpa-arcpha said, “Her death will remind Thais and people all over the world not to dispose trash into the oceans.”

We mourn the precious Marium and hope that at the very least her tragic story inspires others to do better when it comes to avoiding plastic! To learn more about plastic pollution, please see Why We Need to Wake Up and Do Something to Tackle Plastic Pollution in the Oceans, 5 Ways Plastic Pollution Impacts Animals on Land, and How We Can Help These 5 Marine Animals Dying Because of Our Plastic Trash.