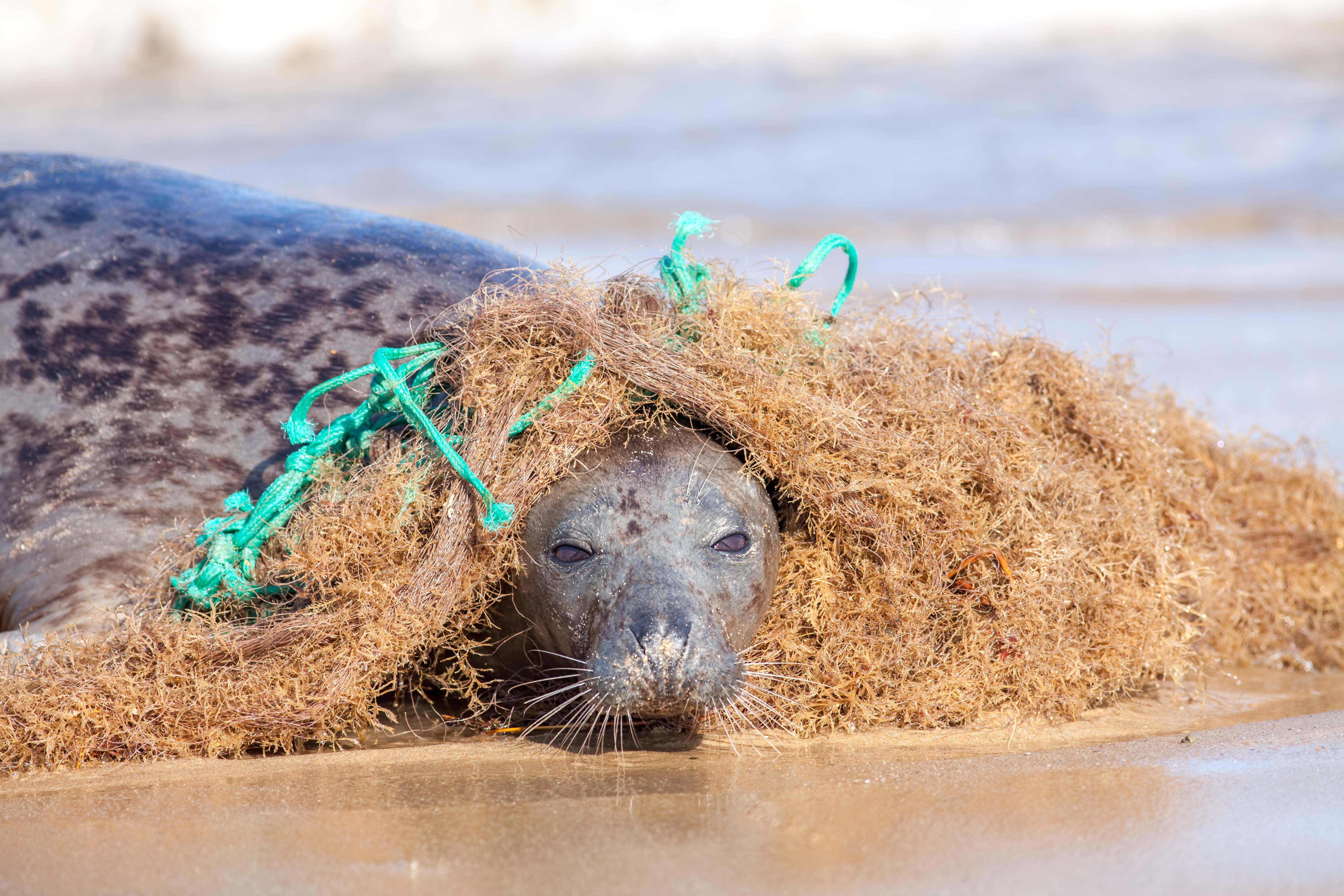 Plastic pollution is devastating our oceans and marine life. There are an estimated 270,000 tons of plastic floating on the surface of the ocean, and a recent study there is even more plastic below the surface in the middle and depths of the ocean as well. Ten percent of the ocean’s plastic and forty-six percent of The Great Big Garbage Patch comes from “ghost fishing gear.” About 650,000 tons of ghost fishing gear is dumped in the ocean every year by fishing boats, and one piece of this gear can kill up to 30 to 40 marine animals. In fact, around 100,000 whales, sea lions, and other marine animals are killed by ghost fishing each year.

Ghost gear is literally made to trap and kill marine animals, so when it stays in the ocean, it continues doing just that. This has been known for some time by marine biologists and conservationists, but the heartbreaking story of a certain seal recently has caught much attention. Off the coast of Cornwall, British Divers Marine Life Rescue (BDMLR) was told about a gray seal tangled in a lot of marine litter and ghost gear.

They were unable to find the seal during their searches, but the seal eventually washed up on shore, killed by the 77 pounds of plastic and fishing gear that he was tangled in. Sadly, he suffered a “prolonged and tortured” death and the BDMLR calls it “one of the worst cases of entanglement” they’ve ever seen due to his extreme injuries.

There are very graphic photos showing his terrible, painful injuries. The plastic and gear almost decapitated him. The photos show where his head was almost torn off from the cords wrapped so tightly around his neck. It’s a horrible way for any living being to suffer.

Ghost fishing gear needs to be regulated much better. If you agree, sign this petition which calls on the United Kingdom to penalize fishing boats that dump gear into the ocean without consideration for the ocean and animals. Although the petition calls on the UK specifically, such regulations and policy could inspire other parts of the world to do the same!