Air Conditioning is a Modern Luxury, but is it Costing the Planet More Than We Realize? 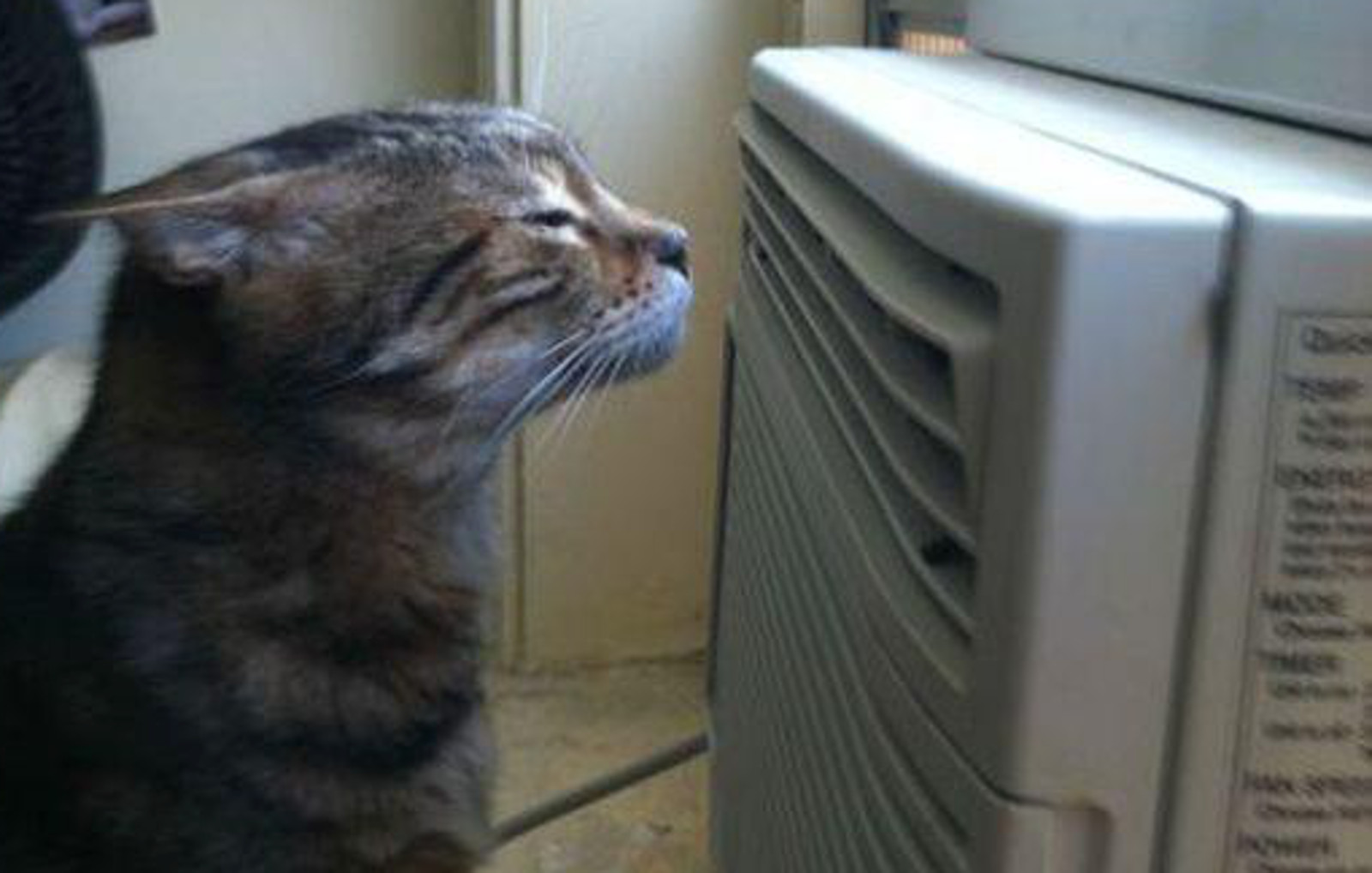 Whew! It’s a hot summer day, you went for a walk around your neighborhood, and you have begun to sweat.  You feel fluid drip down your face, your shirt is now stuck to your skin, and a salty flavor lingers on your lips. “Gross, I need to get out of this heat,” you think to yourself, while you head back to your cool air conditioned home. As you step inside, you feel instant relief and sigh as you sit into your chair and turn on your computer to read this One Green Planet post…

You might think you’re cool now, but you’ll soon learn why air conditioning is actually a hot topic (literally). In many countries, air cooling has become an assumed necessity.

We might imagine people a hundred years ago, B.C. (before conditioning), sitting on their front porch on a hot summer day and drinking lemonade to stay cool. Today, many people who have always had the convenience of controlled cooling wouldn’t be able to fathom life without it. Few would disagree that air conditioning can make home and work environments more comfortable, but do the benefits outweigh the price of the planet’s gradual degradation?

The Real Cost of Cool

Earth’s temperature has risen by about one degree Fahrenheit in the past century. As temperatures rise, the demand for cooling energy will also be expected to increase, while the demand for heating energy will be expected to decrease. In other words, it is a paradox – the temperature is rising because of the effects of global warming increasing due to energy use of systems such as air conditioners, and in order to gain liberation from the heat, more air cooling is used and consequently will result in more heat. How you may ask?

A.C. and refrigerators actually work using the same mechanism of cooling! The main difference is air conditioners are responsible for entire rooms, which make their work a lot harder. Artificial cooling systems have a compressor, a condenser, and an evaporator that turn chemicals from gas into liquids and then back into gas in order to transfer heat to the outdoors. As heat is extracted from the indoor environment, air is cooled over an evaporator coil, which contains a heat-absorbing fluid called a refrigerant.

When A.C. is turned on, carbon dioxide, one of the major contributing components of the greenhouse gas effect, is indirectly released into the atmosphere. It is estimated each air conditioned home released over two tons of carbon dioxide every year. And this is where the trouble lies…

Not only is air cooling adding to the issue of global warming, it also can harm our health. If you’ve ever been to Florida, you might find dried up and dead anoles inside peoples’ homes. If air conditioner can actually kill small animals, what is it doing to us?

Air conditioning removes humidity from the air, drying out your lungs’ mucous membranes. This can cause respiratory issues and make you more vulnerable to illnesses. It might be a good idea to view OGP’s suggestions for natural ventilation.

So how is one to escape the blazing summer heat without having to worry about causing damage to the planet and themselves?

Learn about ways you can make your home more sustainable through effective insulation to retain coolness and ventilation to release heat and bring cool, fresh air in. For example, the design of passive houses requires no artificial heating or cooling. You could also try using less air conditioning, so that your body will acclimatize and become more tolerant to heat. Furthermore, there are inexpensive alternatives that use less energy than A.C. such as putting ice in front of a fan.

Though these systems are generally more expensive than conventional A.C., they significantly reduce the amount of energy needed to regulate indoor temperatures. It works similar to a cave by using naturally existing heat within the Earth’s ground to transfer heat.

Solar A.C. has not proven to be the best alternative to conventional air cooling, since it is a new technology and its efficiency needs some work. However, it is cost effective and there is hope of this being a viable solution for many homes in the near future.

Education is key to saving our future. Through discussing alternatives to air conditioning with friends, family, and acquaintances, you could be helping to cut down energy use.

5. Keep Up With One Green Planet!

You can view more One Green Planet articles on global warming, alternative air conditioning, sustainable housing, and other solutions!