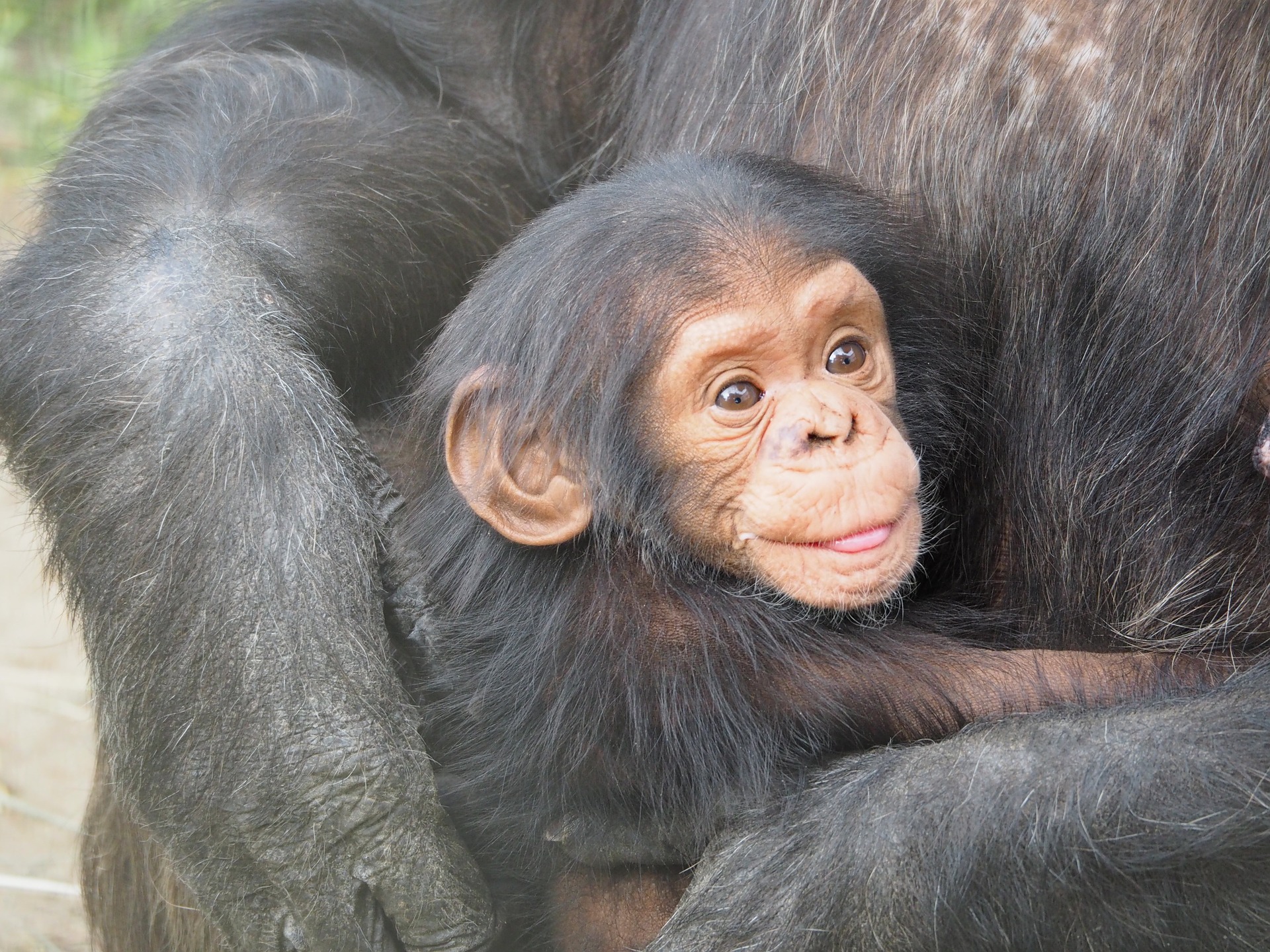 On July 14, 1960, Dr. Jane Goodall first stepped foot in what is now Gombe Stream National Park, Tanzania, to study wild chimpanzees. Dr. Goodall called attention to the remarkable chimpanzee and to this day advocates on their behalf.” Not only are these creatures adorable and entertaining to watch, but it is also important to learn about the need for awareness around their wellness, protection, and conservation. These wild animals have been exploited for entertainment, used for animal testing, and sold within the illegal pet trade throughout the world. Enduring all of this can cause chimps to undergo physical and psychological stress and trauma. These creatures belong in the wild, in their natural environment, and not in parks or as pets.

Check out these 10 amazing videos of chimpanzees interacting with humans in wildlife sanctuaries and rehabilitation centers. Not only are these videos a cuteness overload, but they will make you develop a new appreciation for just how self-aware and intelligent these creatures are!

Chancey’s previous owners had been illegally housing her as a pet. When she was rescued, she was found in a little box and was very physically bad off. She had a swollen head and wasn’t getting enough nutrition. Not to mention the emotional trauma that she had been through. Thankfully, her rescuers had given her 24-hour intensive care to ensure that her health and wellbeing is restored. After receiving the care that she needed, she has come out of her shell, and show off her playful spirit!

For Bonobo chimps, one of our closest relatives, play is a very important building block of their relationships. It’s so important that they have been known to continue to play well into their adulthood. This is unusual within the animal kingdom. Bonobos in particular are unique in that they laugh when you tickle them! “For centuries it was thought that animals did not share the same emotions as us but new science is starting to change that view. Liz Bonnin sets out to explore the complex and diverse relationships that animals have and asks whether animals love.”

3. Poppy The Baby Chimp Has A Huge Smile | BBC Earth

Poppy was rescued from the illegal pet trade after her mother was killed for bushmeat. Despite losing her mother and everything she has been through, she almost always has a big contagious smile on her face. She even laughs and smiles in her sleep! Jenny and Jim Desmond are parents to over twenty orphaned baby chimpanzees in Liberia. Poppy’s story demonstrates how important it is to keep wild animals and their families in the wild where they belong.

4. Chimpanzees React to Their Reflections in a Mirror

What do animals see when they look in a mirror? Watch these chimpanzees react to their reflection at The Center for Great Apes, which is a nonprofit organization that provides a permanent home for rescued orangutans and chimpanzees. Not only can they recognize themselves in a mirror, but these creatures are extremely self-aware. They can be found looking shockingly similar to humans making silly faces and touching their own faces on selfie mode.

On June 20th, 2013, Jane Goodall released the 15th chimpanzee back into the wild on Tchindzoulou Island. The chimp’s name is Wounda. After Jane and her team helped heal her, she was finally ready to re-enter her natural habitat. Watch an emotional exchange between Wounda and Jane as they give each other one final hug goodbye before this chimp embarks on her journey back into the wild.

Baby chimps and puppies… need we say more?! Jenny and Jim Desmond are parents to an unusual and very large family – over twenty orphaned baby chimpanzees. These baby chimps and puppies all live together in this special sanctuary. “Over 30 chimps have been rescued from illegal pet trade here, and need constant care, as they are all orphans.” In this safe place, they are able to grow and play with their canine companions.

Did you know that baby chimps can’t climb? Surprisingly, climbing is not an innate ability for chimps. The baby chimps in the video are orphans, and lost their families before they were taught how to climb. Jenny and Jimmy Desmond recede these baby chimps from the wildlife pet trade. In this sanctuary, they are given another chance to learn how to climb, and eventually, with lots of practice, they will be able to join their own kind in the trees of their natural habitat!

8. Baby Chimp Falls Asleep In Pilot’s Lap While They Fly To Safety

Tongo is a baby chimpanzee that was rescued by the rangers of Virunga National Park from a wildlife trafficker. This was his first time flying, on his way to his new home. Anthony Caere, Tongo’s caretaker explains how he prefers to have Tongo sit on his lap during the flight, in order to avoid putting him in a cage, which can be extremely stressful and traumatic for these animals. Similar to human babies, human contact is just as important for chimps!

Raising orphaned baby chimps is no easy task, especially in the hot jungle. In this chimp daycare forest school, the daycare dads take care of these rowdy little chimps and make sure they don’t get into too much mischief. “This job takes a great amount of patience and the right kind of person – in this case, it’s the two Chimp Daycare Dads Romain and Sanda of Ape Action Africa.” Let’s take a look at what it takes to be a Chimp Daycare Dad.

10. Rescued Baby Chimp Meets Other Babies for the First Time

Watch rescued baby chimp Tita meet her other orphaned baby companions, Nana and Oumou at the Chimpanzee Conservation Center! Tita was rescued from poachers, but unfortunately, Tita’s mother and sister were not as lucky as she was and they didn’t make it. Although Tita has been through many hardships on her journey, she is in a loving, safe environment and now can enjoy the company of her new baby chimp friends!